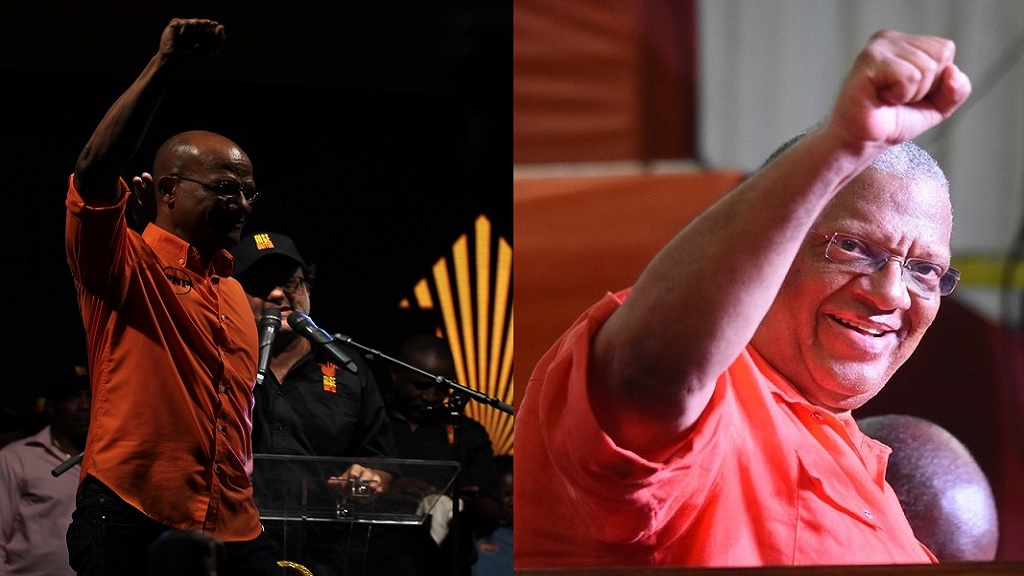 Peter Bunting’s Rise United has refuted allegations of vote-buying made against the campaign team by Dr Peter Phillips’ OnePNP camp in the waning hours of a bruising contest for the presidency of the People’s National Party (PNP).

At the same time, the Bunting team is accusing the Phillips camp of buying votes and using "so-called dons" to influence delegates.

Campaign Director for the Phillips team, Lisa Hanna told a press conference on Wednesday that the Rise United campaign was actively buying delegates’ votes ahead of Saturday’s special delegates’ conference that will determine which of the two men will emerge as leader of the 81-year-old Opposition party.

Phillips, the incumbent President and Opposition Leader, is being challenged by Bunting, the Member of Parliament for Central Manchester for the position.

Just under 3,000 delegates will cast their ballots and both camps are well aware of the importance of wooing every single delegate.

Hanna, the Member of Parliament for South East St Ann, said she had the evidence of vote-buying by the Bunting-led team.

“I can say, with certainty and clarity, and evidence, that even in my constituency yesterday (Tuesday) morning at 8 am, a leader of the Rise [United] team was there offering and giving and issuing envelopes containing $10,000,” Hanna stated.

“And every time he went to a delegate and left the envelope, I was called,” Hanna added.

However, the Rise United team fired back in a statement on Thursday in which it accused the Phillips camp of bringing the party into disrepute.

“We are disappointed at the wild and unsubstantiated allegations on a variety of issues, including vote-buying, suddenly being made by senior members of the OnePNP leadership who should know better than to so casually bring the party into disrepute,” the statement said.

The statement noted that allegations of vote-buying were similarly made weeks ago on a OnePNP platform in Portmore.

“They have been unable to substantiate those false and mischievous claims,” it said while alleging vote-buying on the part of the OnePNP campaign.

“In virtually every political contest in contemporary times, similar allegations have been made. Indeed, the Rise United campaign has received credible reports of delegates receiving offers of money from the OnePNP campaign to solicit their support, however, we have chosen to address those matters internally,” the statement said.

And the Bunting campaign suggested that nefarious characters were being used in an attempt to sway delegates.

Without elaborating, the statement said: “The RU (Rise United) campaign is also saddened by OnePNP resurrecting washed-up, so-called dons who are feebly attempting to influence delegates.

“We remind all those who may have forgotten, that the PNP has long turned its face against this type of politics.

“The RU campaign warns the OnePNP camp that this approach will not help them and may cause long term damage to the reputation of our beloved party.”