Buju Banton preaches to the youth, sings to the ladies at Guyana show 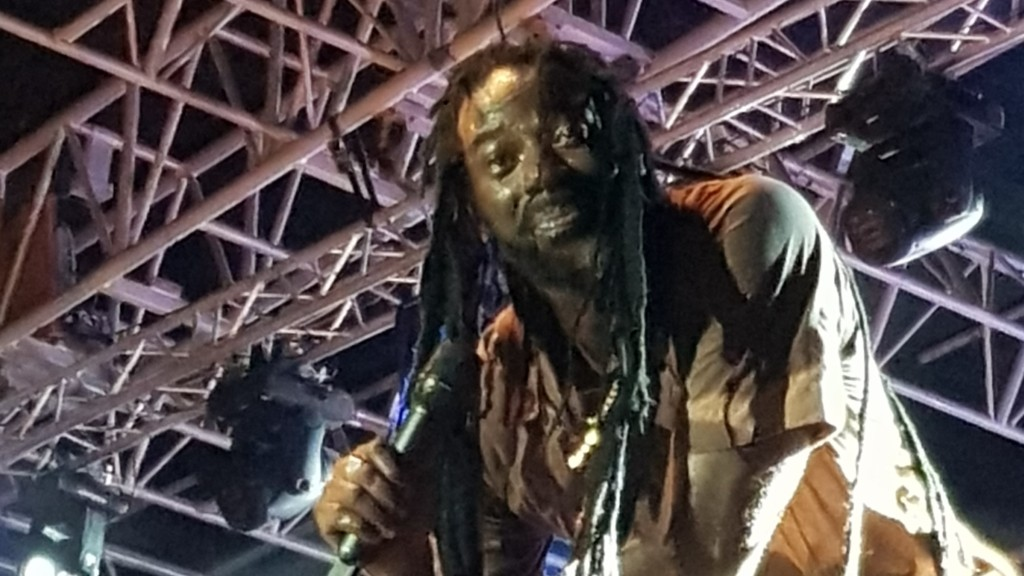 People from all over Guyana and abroad flocked to the National Stadium on Saturday night to see the return of reggae star Buju Banton to their shores.

Banton, real name Mark Myrie, made the latest stop in his Long Walk to Freedom Tour in Guyana for the I Am Legend Concert staged by Guyana Carnival, King Leo Promotions and High Frequency Entertainment.

The show was held on the night before Guyana’s 53rd Independence and the second annual Carnival celebrations.

Traffic leading to the National Stadium in Demerara was thick as people from the three counties: Berbice, Demerara and Essequibo, poured into the grounds.

The show started around 11 pm with a few Guyanese acts taking the stage such as Natural Black, Mark Batson and the reggae band First Born, who reunited for their first performance in years to deliver hits such as ‘Irits’ and ‘Headline’ among others.

Just before Banton took the stage, the estimated 25,000 people at the show got a big surprise in the form of new reggae sensation Koffee, who wasn’t billed to perform. She had performed the night before at another event and expressed gratitude for being able to touch the stage at another Buju Banton concert.

Koffee, backed by Banton’s Til Shiloh band, delivered her two big hits ‘Rapture’ and ‘Toast’ before leaving the stage.

Banton, decked in a brown linen outfit, did not disappoint. He sang many of his hits, taking fans back to his early dancehall years as he has done in his performances in Jamaica, Trinidad, Suriname, The Bahamas, Grenada and Barbados.

He included some songs such as ‘Me and Oonu’ and dedicated a segment to the women of Guyana who he said he hadn’t seen so long. His ode to the women included “Cry No More’, “I Wanna Be Loved”, ‘Falling In Love All Over Again’ and “Pull it Up”.

As he did in Trinidad, Banton took a moment to reason with the Guyanese, addressing the crime problem in the South American country.

“Years ago, Guyana was such a place you could leave the entire house open,” he said, recalling being able to fish in the Demerara safely.

“A lot of things have happened in Guyana,” said Banton, stating that some people who are still alive who no longer live in the country. He called out notorious Guyanese criminal Roger Khan who is currently in a US jail.

“When will the youth of Guyana learn these things don’t pay,” he said, before launching into his anti-gun song Mr Nine.

Banton ended his set with ‘Murderer’ and ‘Psalm 23’.

Updated: Where to see Buju in concert in 2019