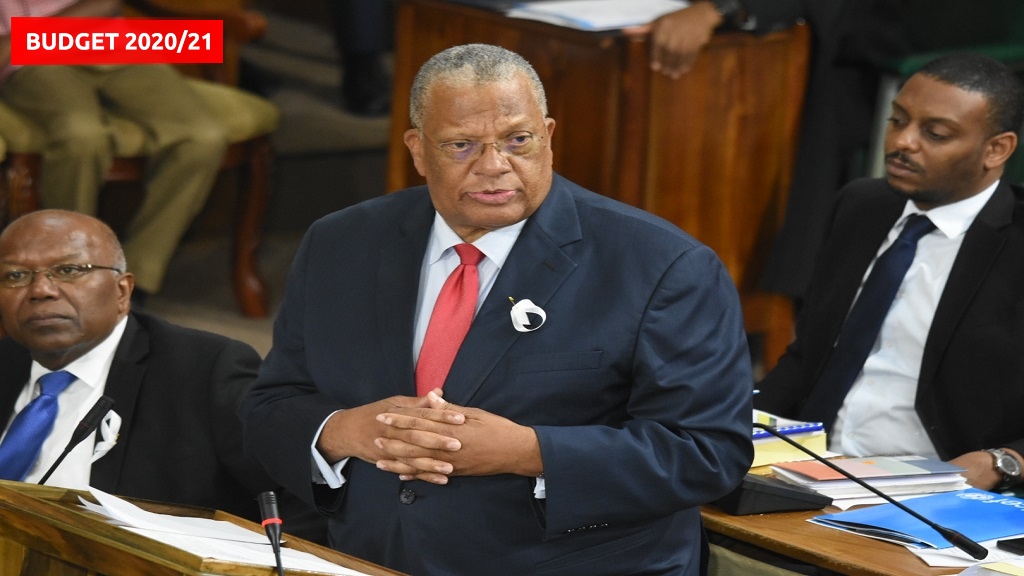 Opposition Leader Dr Peter Phillips has claimed the 2020/21 Budget as presented by the Government has been nullified by the novel coronavirus outbreak.

Phillips made the observation on Tuesday as he made his contribution to the 2020/21 Budget Debate in the House of Representatives.

“We don’t say this in a contentious way, it’s just a fact that we all have to deal with,” he said, even as he went on to criticise the Andrew Holness administration for not being as prepared as he thinks it could have been if it had taken the COVID-19 threat more seriously.

The Opposition leader noted that the crisis requires an “all hands need to be on deck” national response. He said the Opposition supports the efforts taken by the government and the authorities that are needed to stem the transmission of the virus and to contain the impact on the health of the Jamaican people.

However, he said if his People’s National Party (PNP) had formed the government, he would have engaged all stakeholders, including the political parties.

“The benefit of a national stakeholder approach …is that I believe Jamaicans would have been better prepared for this crisis.

“It is no secret that as the crisis hit China in December and it became apparent to all, globally by January, as it developed…that it was likely to be global in scope,” said Phillips.

“Once we knew that this was going to happen - 10, 20, 40, 50,000 people affected in China - we should have begun our preparations here because its spread was inevitable.

“It is then that the hand sanitisers should’ve been stockpiled by ODPEM (Office of Disaster Preparedness and Emergency Management); the personal protective gear, medicines, test kits and the like…we should’ve been preparing, including in ensuring a reliable water supply is available,” said the PNP president.

Phillips argued that the period in January and February should have been used to reconfigure the accident and emergency areas in public hospitals so that persons suspected of having COVID-19 would present in separate areas rather than mixing with the general population.

He said the time should also have been used to expand the intensive care units to deal with severe cases.

“That’s the kind of proactive approach that took place when we (the PNP Government) faced the Ebola crisis in 2014 under the leadership of Prime Minister Portia Simpson Miller,” Phillips said.

He stated that in crisis management “you should assume the worst even as you hope for the best”.

Phillips also knocked the government’s contingency funds that have been earmarked to deal with the crisis.

Said Phillips: “The truth is that the $7 billion contingency budget would have given the country more bang for the buck if it had been frontloaded in expenditure going all the way back to January and February. Now we trying to catch up in many respects”.

Finance Minister, Dr Nigel Clarke announced the $7 billion contingency plan on March 10. On Tuesday he announced that the amount was now $10 billion as the banking sector had agreed to forgo the reduction in the Asset Tax for one year, thus allowing an additional $3 billion to be tacked on to the fund in the event that it is needed.

But Phillips was particularly concerned that when the Standing Finance Committee met in February to discuss, and eventually approve the Budget, no mention was made of the COVID-19 threat until it was raised by an Opposition MP.

He said: “This COVID-19 pandemic will have reset the ways governments operate and societies operate before its effects subside in the world economy.

“The world, and indeed Jamaica are entering a new paradigm of economic and social operations which is not yet all together clear”.

In most anticipated presentation, Holness to bat on a sticky wicket

Let us pray, urges Phillips in the face of coronavirus realities