Bucks even series with Celtics, Warriors take 2-0 lead over Rockets 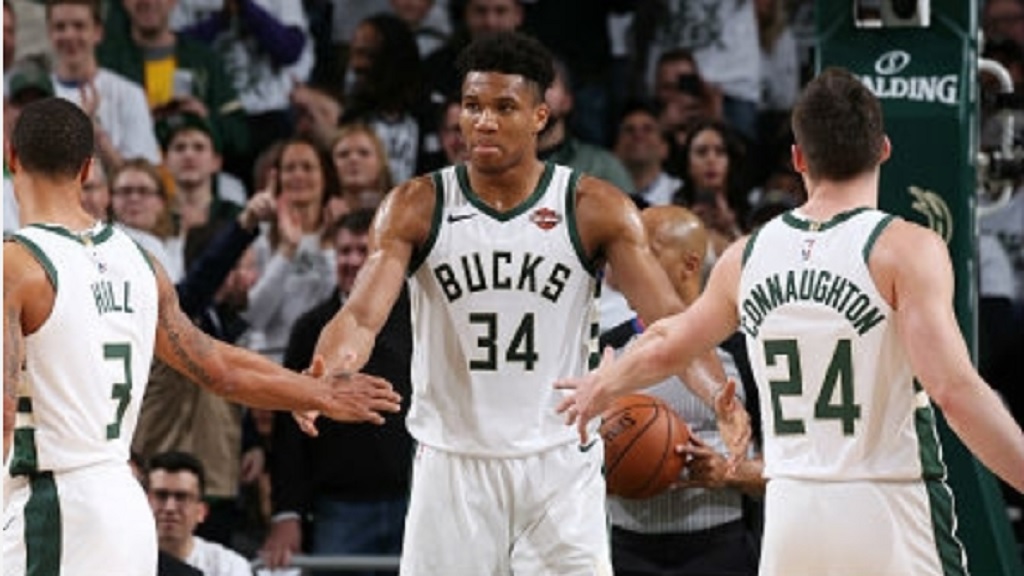 The Milwaukee Bucks claimed a series-levelling win over the Boston Celtics, while NBA champions the Golden State Warriors earned a commanding lead against the Houston Rockets.

Led by Giannis Antetokounmpo, the Bucks eased past the Celtics 123-102 in Game 2 of their Eastern Conference semi-final series on Tuesday.

After losing Game 1 by 22 points, the Bucks responded thanks to Antetokounmpo's 29 points and 10 rebounds in Milwaukee.

The Celtics' scoring was surprisingly led by Marcus Morris, who posted 17 points on six-of-eight shooting.

Boston will have an opportunity to surge ahead when the series shifts to their home court, with Game 3 set for Friday.

Meanwhile, the Warriors are firmly in control of their series with the Rockets after moving 2-0 ahead in the Western Conference semi-finals.

Golden State secured a 115-109 win over Houston at Oracle Arena, where Stephen Curry dislocated his finger and James Harden suffered bleeding in his eye.

The Warriors controlled most of the game, but the Rockets rallied in the fourth quarter and reduced the deficit to just three points on a Clint Capela free throw with less than seven minutes remaining.

Curry, however, answered with a three-pointer and Andre Iguodala followed with a dunk, which ended Houston's momentum.

Khris Middleton tallied 28 points and made seven three-pointers for the Bucks.

Draymond Green finished with 15 points, 12 rebounds and seven assists in the Warriors' win.

The Portland Trail Blazers and Denver Nuggets' top options had amazing offensive performances in Game 1. Damian Lillard scored 39 points while Nikola Jokic contributed 37 for Denver. The Nuggets came away with the win and appear to have bounced back after their seven-game series against the San Antonio Spurs in the first round.

Durant scores 50 to power Warriors to series win over Clippers