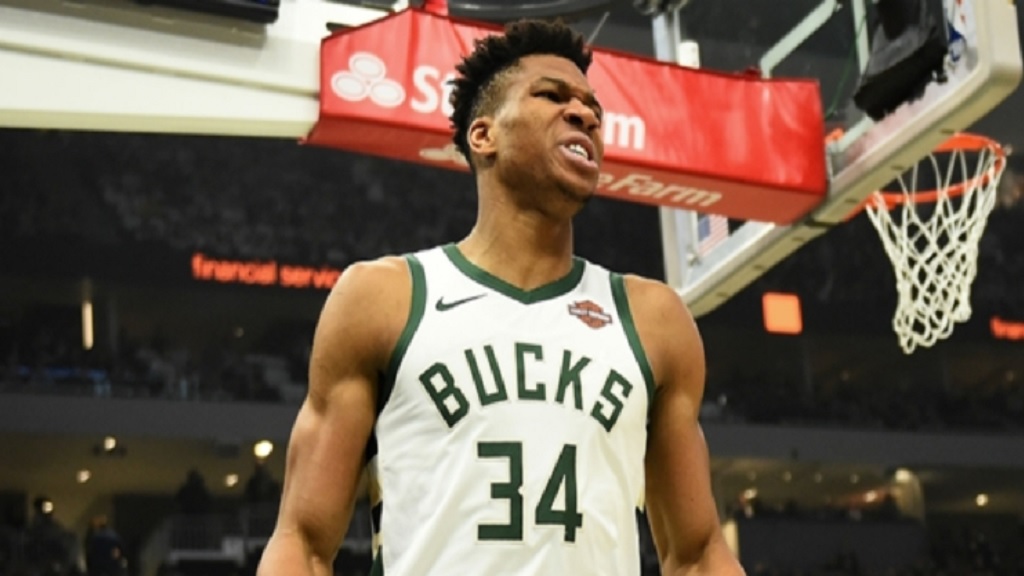 The Milwaukee Bucks became the second team to advance to the second round of the NBA playoffs on Monday.

The Bucks topped the Pistons 127-104 in Detroit to complete a first-round sweep, giving them their first playoff series win since 2000-01.

Giannis Antetokounmpo followed up a subpar game-three performance with a game-high 41 points and nine rebounds in game four.

Blake Griffin did all he could to keep the Pistons alive, totalling 22 points, five rebounds, and six assists.

The Bucks advance to face the Celtics in the second round. Boston knocked Milwaukee out of the playoffs last season in a seven-game series.

Meanwhile, Utah are not out of the race just yet.

The Jazz beat the Rockets 107-91 in game four on Monday, preventing Houston's closeout.

Utah dominated on the boards and grabbed 17 more rebounds than Houston. They also forced 15 turnovers.

Donovan Mitchell scored a game-high 31 points and had a late dunk that helped seal his team's victory.

James Harden bounced back from a poor shooting night and posted 30 points of his own.

The Jazz have a difficult task ahead of them, as they will have to stay hot and beat the Rockets in the Toyota Center on Wednesday in game five.

Jackson efforts not enough for Pistons

Oklahoma City were the first team to drop a game at home in this series on Sunday. Now, the Thunder have no choice but to beat the Trail Blazers in Portland. If they do not, their season is over.

Celtics rally for win over Pacers, Bucks pull away from Pistons