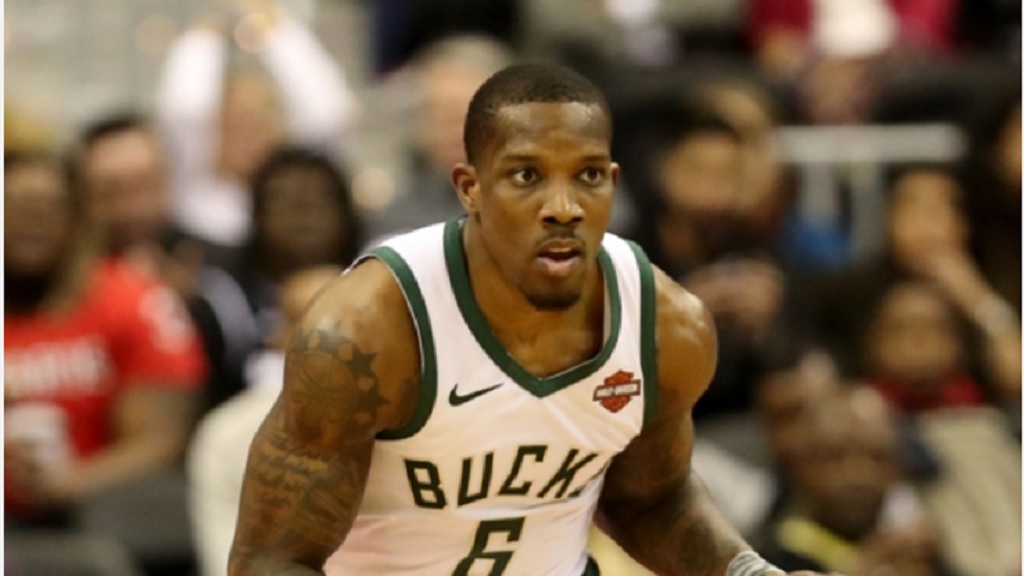 The high-flying Milwaukee Bucks locked up the first playoff spot of the NBA season after defeating the Los Angeles Lakers 131-120.

Eric Bledsoe – who reportedly agreed to a four-year extension worth $70million earlier in the day – led the Bucks with 31 points, nine rebounds and five assists in Los Angeles on Friday.

Giannis Antetokounmpo did not have his best night as he scored just 16 points, but he did throw down one poster to make his night a bit better.

The Bucks are now 48-14 and two-and-a-half games ahead of the Toronto Raptors for top spot in the Eastern Conference.

LeBron James scored 31 points and threw down a good dunk of his own for the beaten Lakers at the Staples Center.

The Lakers are 30-32 and failed to capitalise on a Sacramento Kings loss and remain a game behind for ninth place in the Western Conference.

Trae Young scored an Atlanta Hawks franchise-rookie record 49 points while adding 16 assists in a quadruple-overtime 168-161 loss to the Chicago Bulls. Zach LaVine had 47 and added nine rebounds and nine assists for Chicago.

Toronto Raptors star Kawhi Leonard posted a game-high 38 points in a 119-117 win over the Portland Trail Blazers. CJ McCollum scored 35 in the loss for Portland.

Devin Booker threw one down on Anthony Davis. The New Orleans Pelicans dropped the Phoenix Suns though, 130-116.

The Philadelphia 76ers will be without Joel Embiid, but they will be at home where they dominate (24-8) on Saturday. The slumping Golden State Warriors are in the middle of a bad spell dropping three of their last four games and four of their last six, but this is the type of matchup that will bring out the best in the reigning champions.