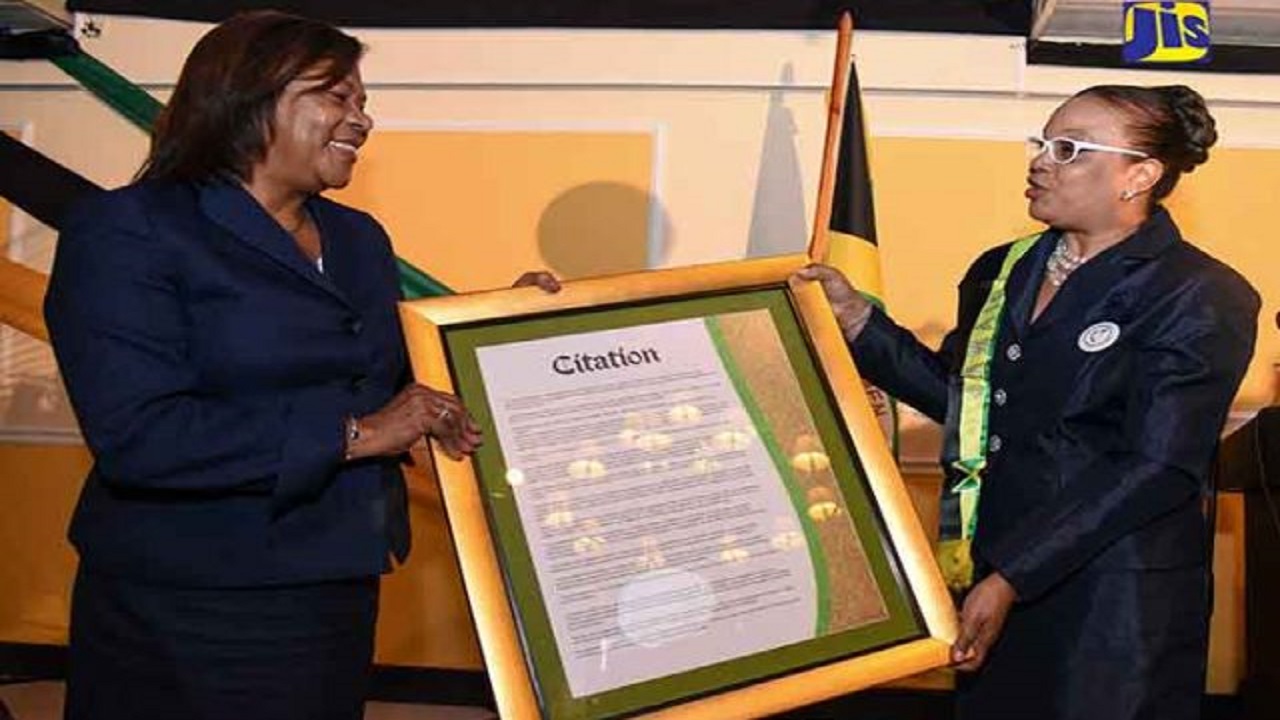 Outgoing Chief Justice, Zaila McCalla (left), accepts a citation from Puisne Judge and Assistant Secretary of the Jamaica Association of Women Judges (JAWJ), Justice Carol Edwards. The occasion was a ceremony in Justice McCalla’s honour at the Terra Nova Hotel in Kingston on January 26.

His appointment, until further notice, was announced on Wednesday by Attorney General, Marlene Malahoo-Forte, at a special sitting of the Supreme Court to honour the now retired Chief Justice, Zaila McCalla.

“I wish for him a successful tenure in office. Congratulations Justice Sykes, and you have my full support,” she said.

McCalla has had a long and distinguished legal career in the public service, having been called to the Jamaican Bar in 1976.

In 1996, she became a master in chambers, and in 1997, she was appointed puisne judge, and served until 2006, when she was promoted to a judge of the Court of Appeal.

McCalla is the first woman to serve as Chief Justice of Jamaica. She demitted office after serving the judiciary for over 40 years.