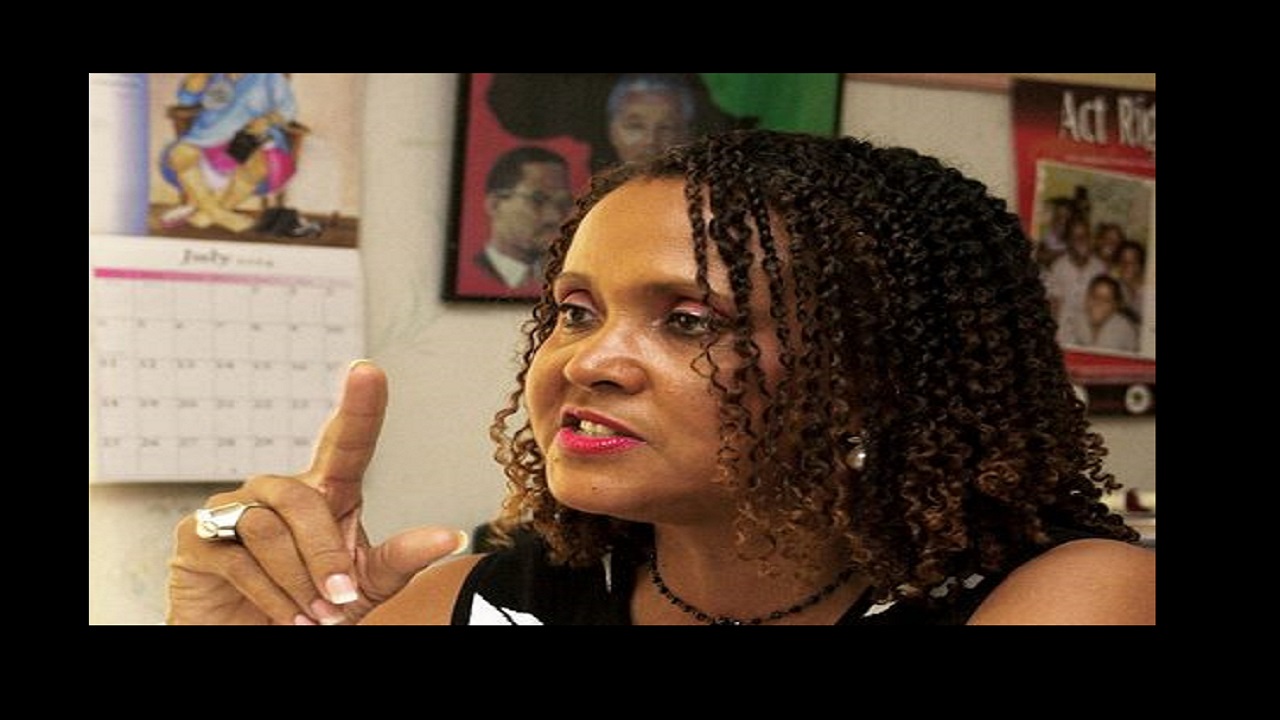 Children's advocate, Betty-Ann Blaine, who is urging Jamaicans to take stock of the national implications of the recent series of vicious attacks on children across the country.

Shanoya Wray, the 13-year-old girl whose skeletal remains were found at a house in Mona, St Andrew after she went missing, is to be buried on Sunday, September 9.

And with just hours before the teenager is laid to rest, convenor of the lobby group, Hear the Children’s Cry, Betty-Ann Blaine, is calling for Jamaicans to use the occasion of the funeral to agitate for tangible support for the family of the victim and greater protection for the nation’s children overall.

Blaine is also calling on Jamaicans to mark the occasion with prayers, and to not allow the death of Shanoya and that of 14-year-old, Yetanya Francis of Arnett Gardens, “to be another nine-day wonder”.

Said Blaine: “We need to use the pain and the heartbreak, and the injustice done to these children and to their families, to stir us to effective action on behalf of all Jamaican children.”

She was speaking in an interview with Loop News.

The police reported that the skeletal remains of Wray was found at premises on Walley Close in Mona, St Andrew five days after she was reported missing.

The remains were found in a bathtub that was filled with a corrosive substance.

The discovery triggered shock and anger across the country.

And if that was not enough, weeks after that incident, the burnt body of Francis was found in the 12th Street section of Arnett Gardens on Friday, August 24.

The police said they suspect Francis was attacked, raped and then her body was set ablaze and dumped at the spot where it was found.

Blaine is imploring Jamaicans to “use these two murders as a catalyst for change”.

She said Jamaicans should use the double tragedy of the teenagers being viciously killed, to work for positive changes in the area of child safety in Jamaica.

In relation to Wray, Blaine is appealing for help for her family, including her six siblings.

She argued that, “these murdered youngsters may have been residents of poor, underserved communities, but they were valued humans, part of the fabric of all of our lives. They were people with rights, with lives they had hoped to live, with bright futures now denied them.”

Blaine lamented that, “hundreds more of our bright, young Jamaicans continue to face the same risks that killed Shenoya and Yetanya.”

She pleaded that, “We must all pull together to protect our children”.

She said Hear The Children’s Cry is urging Jamaicans to, among other things, lobby their Members of Parliament (MP) to make public declarations on workable solutions to protect children; engage churches to implement child protection policies and help train community members to use them; and establish community groups that will enforce 8:00 p.m. curfews for children.

“We also want to invite concerned citizens to offer practical assistance to Shanoya’s family, including her siblings, four brothers ages 3, 5, 6 and 17, and two sisters, 15 and 20 years’ old,” Blaine added.

A 27-year-old Trinidadian national, Sanjay Maharaj, who is a school teacher; and 19-year-old Lenardo Madden, a former medical student at the University of the West Indies, have been charged in relation to Shanoya’s murder.

They are to return to court on September 10.

The two men were held days after Wray’s skeletal remains were found.

The police were alerted to the house after neighbours reported smelling a foul odour in the area.

According to investigators, Maharaj killed Wray and used chemicals in an attempt to get rid of the body. Reports are that he was already before the Home Circuit Court on accusation of having had sex with the underage girl.

Klopp: All Liverpool players should get a medal for winning title