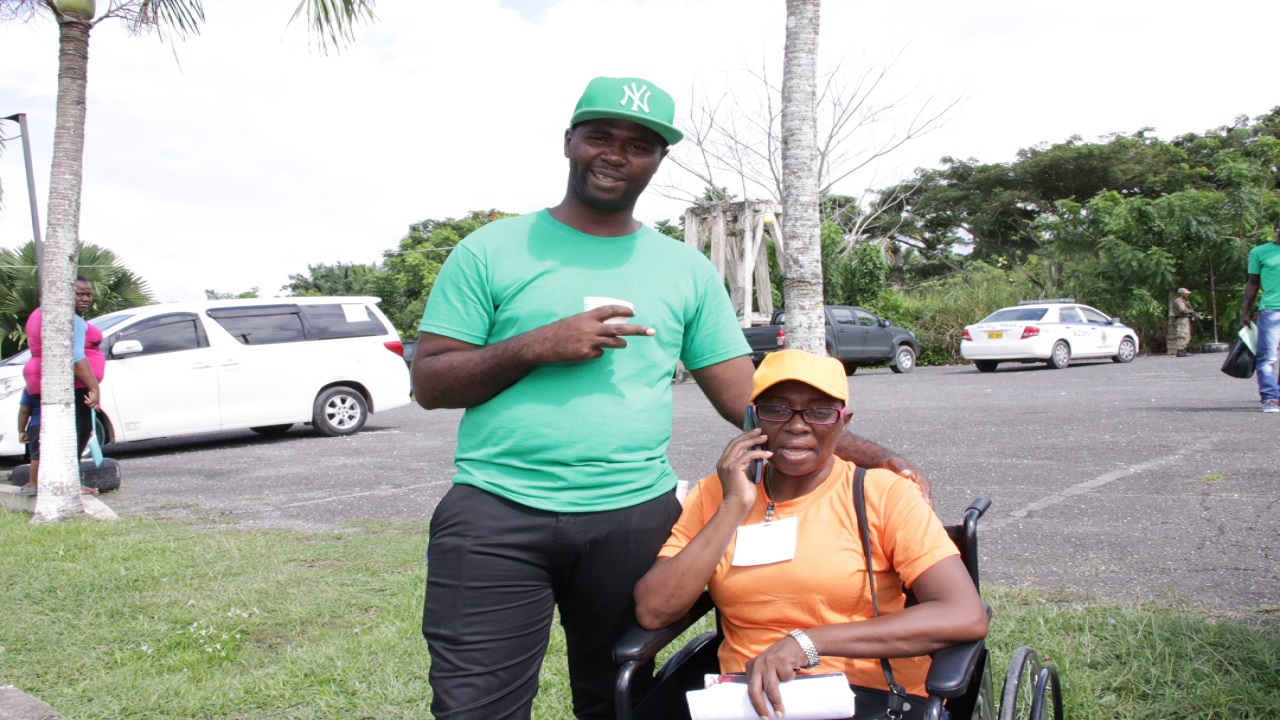 A brother and sister duo made a pretty picture in the Bellefield Division in South East St Mary on Monday, when they jointly went to vote for opposing political parties in their respective party colours.

The two, who are from Siding district in the division, are Sheldon Cohall and Marjorie Annon.

Amid protesting a security forces’ dictate at the polling station, Cohall smilingly recalled the contrasting political history of the two siblings.

“It is real fun between us as supporters of different (political) parties, but living as family, and living good,” Cohall, a JLP supporter, said.

He noted that their friendly political rivalry has extended over the last four elections across the country.

Loop News got a photographic expression of the unusual occurrence at the polling station.