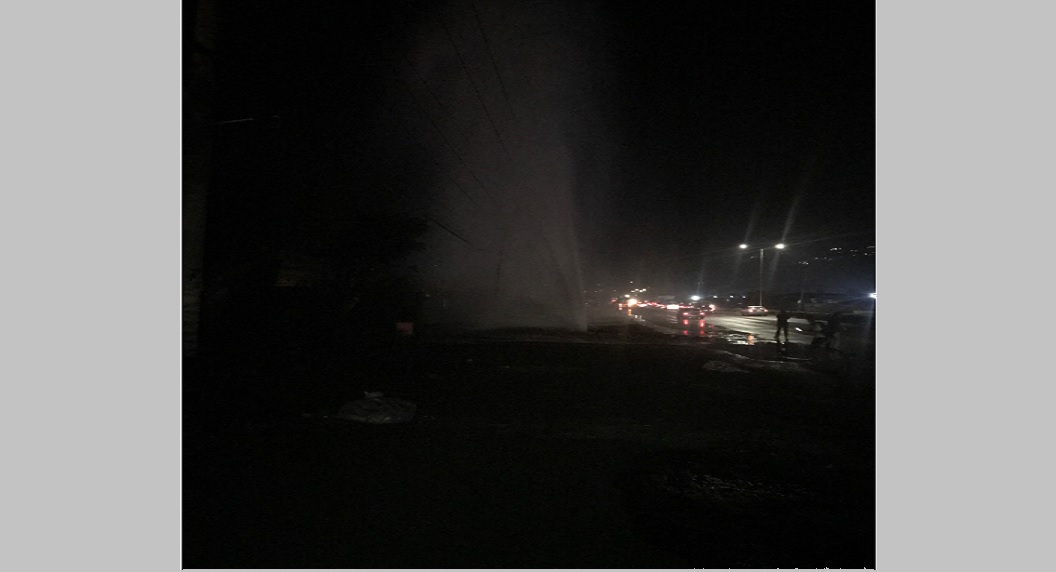 Photo of water going to waste on Spanish Town road

Residents who live in Riverton Meadows and surrounding communities were up to last night desperately pleading for National Water Commission (NWC) to visit sections of Spanish Town where a broken water main left thousands of gallons of water going to waste.

Residents told Loop News that the pipe broke at about 4:30 pm on Monday and the water was still flowing late into the evening.

“Is from after 4:00 p.m., the pipe broke sending thousands of gallons of water to waste,” said one furious woman who claims she lives in the Washington Gardens community.

Another man who was at the location said the pressure from the pipe was so strong that it sent the gushing water flying higher than the light pole or the high tension electricity wires that were close by.

The fuming resident told a Loop News team that stopped in the area late last night that because of the problem, people in the area were unable to access water from their pipes.

The resident said it was not the first time that a pipe along that area had broken.

“Right now we calling on the authorities to put things in place to prevent problems like these from happening as thousands of residents in and around Kingston and St Andrew are left suffering because of this problem,” said another resident who was seen standing close to the area and taking photos.