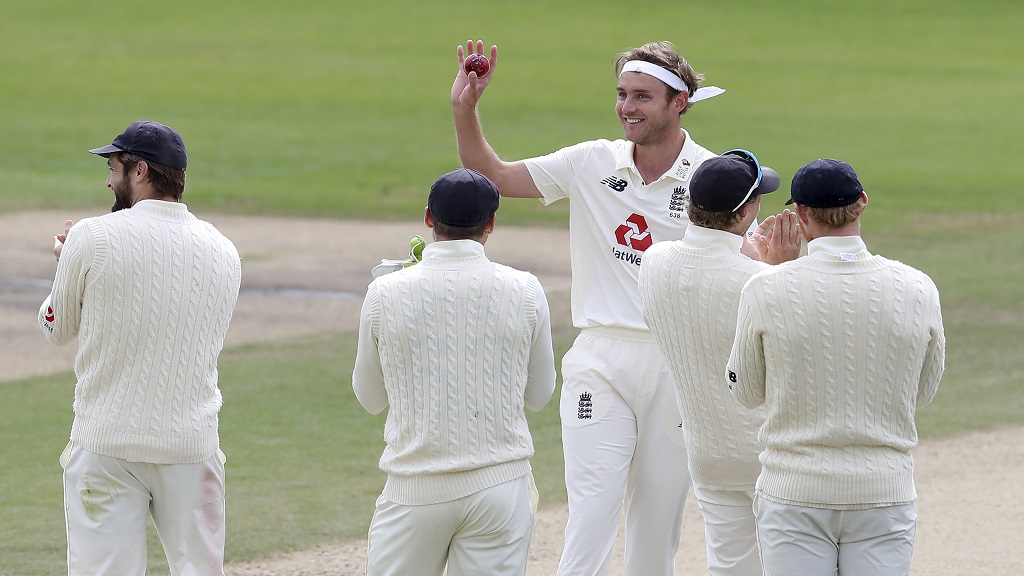 Stuart Broad dismissed Kraigg Brathwaite on the final day of the third Test against West Indies to reach the milestone of 500 Test wickets.

The seamer trapped opener Brathwaite lbw for 19 in the morning session to aid England's push for victory at Old Trafford, the hosts having been frustrated by bad weather on Monday as play was washed out.

Broad is the seventh bowler to make it to the notable landmark, doing so in his 140th appearance in the longest format of the game.

The 34-year-old was surprisingly left out by the hosts for the opener in Southampton – a game West Indies won by four wickets – but marked his recall with match figures of 6-108 in the second Test in Manchester.

He continued his impressive form with a six-wicket haul in the first innings of the series finale, putting his side in complete control having also contributed 62 with the bat.

Only long-time new-ball partner James Anderson – who also dismissed Brathwaite to reach 500 in 2017 – has managed more wickets for England, while Broad has West Indies legend Courtney Walsh (519) in his sights.

Glenn McGrath is the leading fast bowler with 563 wickets, but the top three on the prestigious list are all spinners. Anil Kumble managed 619, Shane Warne sits second with 708 and Muttiah Muralitharan is top of the pile by a distance, the Sri Lankan ending his career on exactly 800.

England are on the brink of a series win and regaining the Wisden Trophy in perpetuity, seeing as it will be retired. The series is at 1-1.

Anderson: Broad and I should be in England's strongest line-up