British High Commissioner to be honoured at National Sports Awards 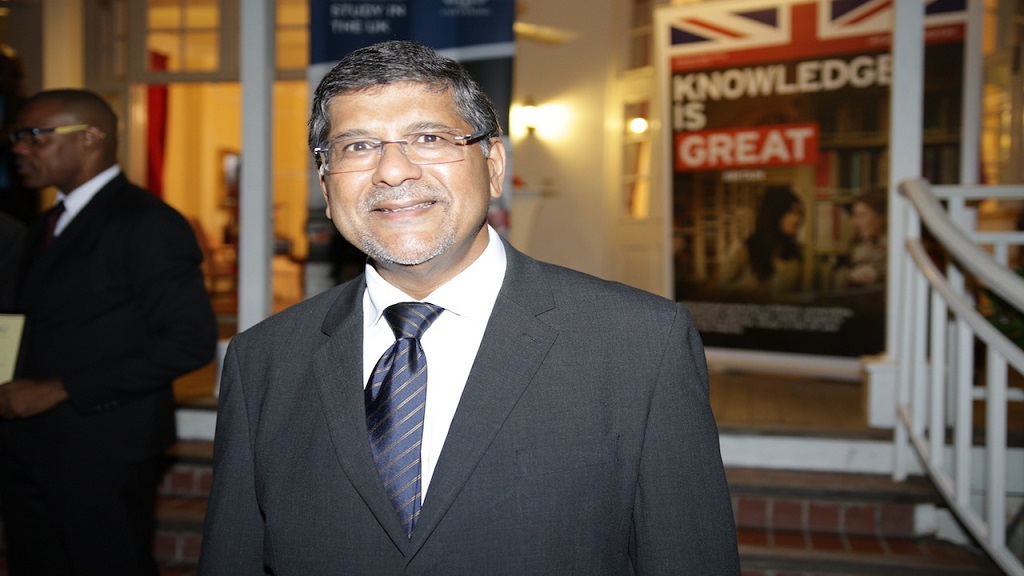 A new award has been added to the 2018 edition of the prestigious RJR/Gleaner Sports Foundation’s National Sportsman and Sportswoman of the Year Awards.

The award is named in honour of a pioneering Jamaican woman, legendary Master Blender Dr. Joy Spence, and will be presented to the guest speaker at the annual gala on Friday at the Jamaica Pegasus Hotel.

The award, a special blend, is fully customized by the Master Blender herself  to be reflective of the recipients personality.

The first recipient of the award, which is dubbed the Joy Spence Appleton Estate Pioneering Award, is the British High Commissioner to Jamaica, Asif Ahmad, who will address this year’s function.

The High Commissioner lauded Dr. Spence on her accomplishments, while sharing that he was looking forward to receiving the award.

“It is a unique experience to have a special blend of rum based on the personality of an individual. For me to be the first to receive in person, the Joy Spence Appleton Estate Pioneering Award is beyond joy. It’s a spirit of ecstasy only someone with over 21 years as Master Blender could produce,” Ahmad said.

The High Commissioner added that “The University of Loughborough will be proud that one of their chemists has pioneered her way to be at the heart of creativity at Appleton Estate. I will cherish this gift and choose very carefully the people to share it with”.

Described as someone who inspires, High Commissioner Ahmad is an avid sports fan who understands the importance of sports to brand Jamaica, in particular the opportunities presented to the country’s athletes, who in turn expose Jamaica to the rest of the world.

The award is named in recognises the achievements of the trailblazer that Dr. Spence is.

A trained chemist, Spence has achieved a number of firsts in her long and illustrious career, which started in 1981 at J. Wray & Nephew Limited where she joined as Chief Chemist. She was the first woman to be named Master Blender in the spirits industry in 1997.

Thanks to her pioneering efforts, the spirits industry now has a handful of women who hold the title of Master Blender.

“We have sought to renew this longstanding partnership, with the addition of a Special ‘Award’ to the guest speaker at the annual gala,” Lawrence said.

Continuing, Lawrence described Dr. Spence as “a woman of excellence and a trail blazer,” characteristics that are embodied within the nation’s athletes. Much thought has gone into naming the award in Dr. Spence’s honour. Her work with the Appleton Estate brand and its parent company J. Wray and Nephew Limited has been groundbreaking, and brought global recognition and attention to Jamaica, in much the same way that the country’s athletes have done for decades.

In this regard, Chairman Lawrence expressed that “Joy is our Usain Bolt of spirits and the Appleton Estate variants are her Olympic medals.”

Dacres, Russell the favourites for National Sports Awards on Friday