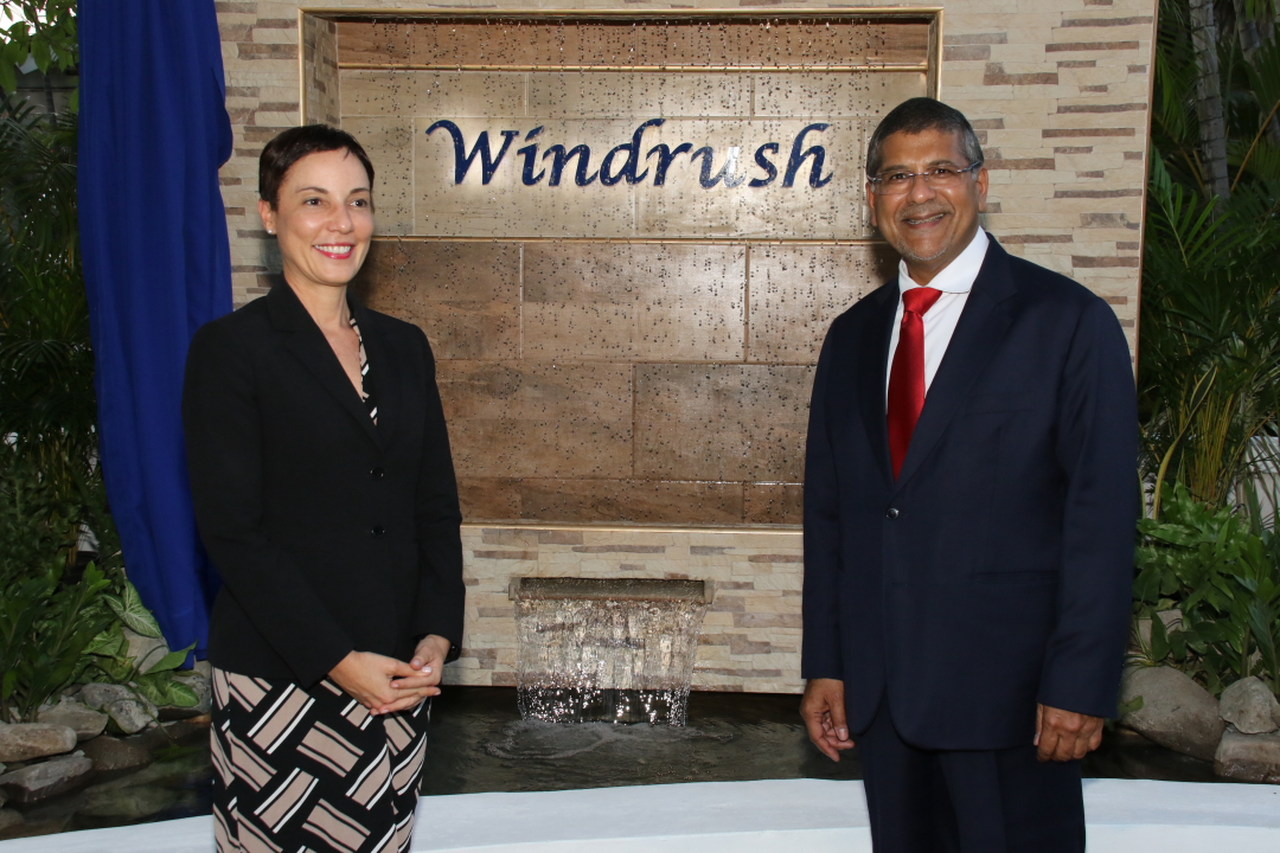 The British High Commission located on Kingston’s Trafalgar Road has honoured Jamaicans who came to the UK after the second World War by naming the residential garden the “Windrush Garden”.

In an effort to recover after the Second World War, Britain invited Jamaicans and other West Indians to work and live in Britain. The ship, HMT Empire Windrush transported many Jamaicans heeding the call from Britain to help resuscitate the country.

Decades later, many of those who travelled on the Windrush were not regarded as British citizens and faced the prospect of being deported.

Earlier this year, the British government acknowledged this was an egregious error and are now making amends by addressing what has caused many UK based Jamaicans pain and suffering by legalizing the status of the Windrush generation and ensuring that their contribution is never forgotten.

The British High Commission led by High Commissioner Asif Ahmad has made an especial effort to acknowledge the contribution of these early post war immigrants.

The manicured gardens of the High Commission will be renamed in their honour with a crafted monument bearing the name “ Windrush”  taking pride of place there.

Speaking with Loop News from the Windrush Garden renaming ceremony, Ahmad said: “Last February we were making plans to host the UK/ Jamaica Fair by way of bringing the two countries together.  At that time Jamaica’s Minister of Culture, Gender and Sport Olivia “Babsy” Grange  and I were having a conversation and it transpired that her father was on the HMT Empire Windrush, so she considers herself part of that Windrush generation. There were plans to celebrate the 70th anniversary of the Windrush docking in the UK with those early immigrants from the West Indies.

"I started thinking we too should do a celebration and when I went back to London and pointed out that the High Commission and the Gardens have no name and perhaps we could rename it 'Windrush' in honour of those who came from the Caribbean to help rebuild the country. The approval was swift and unanimous. Since then the Windrush has became associated with something else which was threatening to become acrimonious but the government has now put that right.

“I didn’t want the Windrush’s name to be associated in perpetuity  with something that is negative. Caribbean people have made a huge contribution to our history, our wellbeing and our future and that should never be forgotten.”

The plaque bearing the name “Windrush” in the British High Commission grounds reads: “Today, people of Jamaican heritage are the largest members of the Caribbean community in Britain. West Indians now are part of Britain’s diversity and making an impact in all parts of society and the economy of the country. Windrush Garden, at the British High Commission, commemorates the 70th anniversary of the journey from Kingston to Tilbury.

“Each time we gather in Windrush Garden, we celebrate the bond between Jamaica and the UK. We remember the people who were a significant part of our shared history and we work towards a better future of our communities.”

The British High Commission will be sending Jamaican James Crouch who served with the RAF from the age of seventeen during the Second World War to the Centenary celebration of the RAF in London this year. Crouch serviced Spitfire engines. He will be representing Jamaica’s contribution to the RAF.