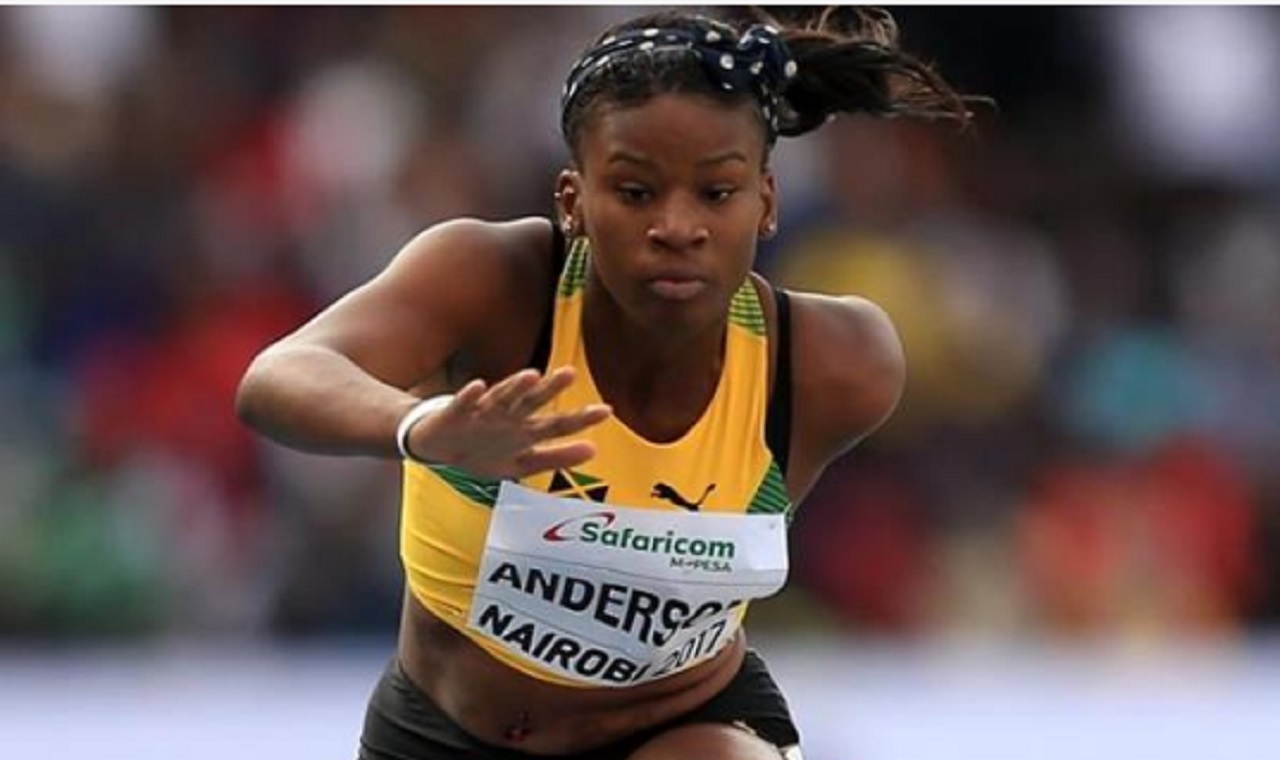 The Vere Technical High School athlete ran 12.72 seconds, the fastest ever 100-metre hurdles time by an U18 athlete, in winning the final, while her teammate Daszay Freeman finished third in 13.09 for the bronze medal.

Although Anderson was helped by a 4.1m/s following wind, the Jamaican time was so much quicker than the world U18 best of 12.94 set by compatriot YaniqueThompson, she could well have been capable of breaking that mark in legal conditions.

Taking silver behind the Jamaican was Cyrena Samba-Mayela of France with 12.80, also significantly faster than the world U18 best of 12.94.

Anderson came to the championships as the fastest in the world with a best of 13.04. This performance, however, was bettered by Samba-Mayela in Saturday's semifinals with 12.98, so it was no surprise to see these two fight it out for gold in the final.

Samba-Mayela looked to be pulling away from her Jamaican rival, but then lost her momentum after hitting a hurdle late in the race. She recovered her momentum well, but the race was lost. Anderson took the win by a clear 0.08 margin.

There was a significant gap to other Jamaican, Freeman, who never looked like she could threaten the top two, but made it two medals for her country.

Sevval Ayaz of Turkey, looking like a possible contender after a 13.20 in the semifinals, was a non-finisher after a heavy fall early on in the race.

“This gold medal means so much for me, because I have trained very hard this season,” the happy winner said after the race. “I had a knee injury, but this win made me confident. You can achieve anything you focus on.”

“It was an incredible race, although I am not so happy with it,” said Samba-Mayela. “I touched several hurdles on the way and it affected my position.”

With the gold and bronze earned in the girls' 100m hurdles,  Jamaica has now secured a medal haul of seven, comprising three gold, a silver and three bronze.

Sprint hurdler De'Jour Russell and quarter-miler Antonio Watson won the other gold medals for Jamaica on Friday, while sprinters  Kevona Davis and Tyreke Wilson secured the bronze medals in the 100 metres.

Jamaica has a chance to win another medal in the mixed 4 x 400m hurdles, the final event of the championships, which is scheduled to start at 5:36 pm (9:36 am Jamaica time).