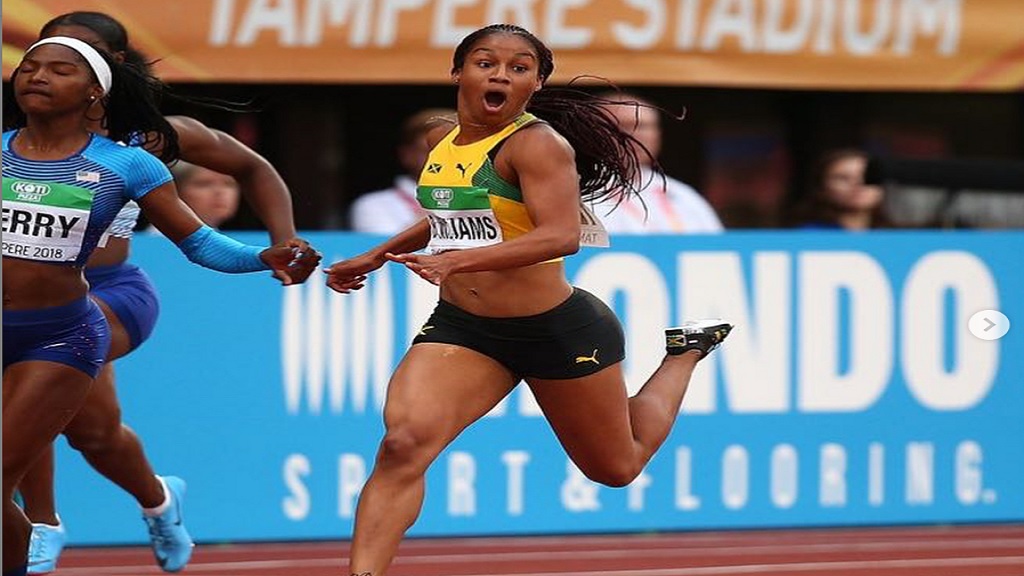 Seventeen-year-old sprint sensation, Briana Williams has been withdrawn from the Jamaican team for the IAAF World Athletics Championships in Doha, Qatar.

The 10-day championships will begin on Friday at 8:30 am Jamaica time with the qualifying round of the men's long jump.

The 23-year-old Smith had finished fourth at the Jamaican trials behind Thompson, Fraser-Pryce, and Williams, who had crossed the line in 10.94 seconds, a national junior record and a world Under-18 record.

Williams was earlier issued with a public reprimand without any period of ineligibility by the Independent Anti-Doping Disciplinary Panel for testing positive for the banned diuretic Hydrochlorothiazide after she finished third at the Jamaican trial in June.

The ruling was handed down after a two-day hearing in Kingston earlier this week. However, based on WADA's rules as it relates to a reprimand, Williams stands to lose her result from the National trials and would not be eligible for a spot on Jamaica's team in Doha.

The JAAA had named Williams in Jamaica's team on September 11 to compete in the 100m and 4x100m relay despite a provisional suspension for the banned substance.

And after escaping ban on Thursday, Williams had stated in a social media video that "I am just so happy, and I can’t wait to be in Doha."

She further said in the social medial video that “I really can't stop crying. I was sleeping and I woke up and got a call.

Hours later Williams stated that it was in her best interest not to fly to Doha.

“I have decided to forego competing at the World Championships considering the long trip to Doha and that the team has already started training for the relays,” Williams said.

“I am just relieved and thankful after what has been a very emotional summer.

“I would like to once again express my gratitude to everyone right across Jamaica who reached out to show support.”

Williams further said she will now turn her focus to the coming season when she will concentrate on making her national team to the Olympic Games in Tokyo, Japan.

“I look forward to returning to the track for the 2020 season,” she said, indicating that if she does end up in Doha, it would only be as a spectator.

“Hopefully, I still have a chance to make the trip to Doha to watch Jamaica compete,” she said.

“I would like to wish all our athletes  and coaches the very best.”

It was reported that at the National trials Williams took over-the-counter Pharma Cold and Flu tablets to fight a high fever.

Williams' legal team, led by Canadian-based sports attorney, Dr Emir Crowne, had argued in the athlete's doping case against the Jamaica Anti-Doping Commission (JADCO) that the medicine that the athlete took was found to contain elements of the diuretic Hydrochlorothiazide.

The use of Hydrochlorothiazide is prohibited by the World Anti-Doping Agency (WADA) for its ability to mask the use of performance-enhancing drugs.

Briana Williams cleared to compete, receives only a reprimand