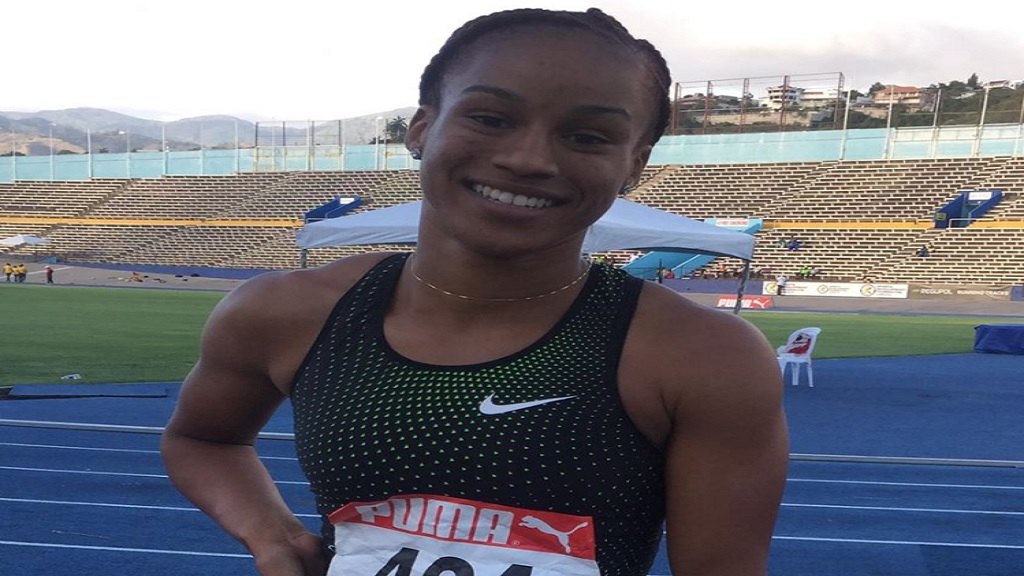 The 17-year-old won her semi-final with a time of 7.27 seconds. She then returned to clock a faster time, 7.25 seconds, in the final but it was only good enough for second place behind American Jayla Kirkland of Florida State, who won easily in 7.17.  Williams had beaten Kirkland in the semi-finals earlier.

The two races Williams ran on Saturday were both faster than the previously existing personal best of 7.28 seconds, a time she posted in March 2019  to win an elite high school field at New Balance Nationals Indoor.

The races not only represent the first for Williams but the first for the teenager since being found of 'no-fault' from the Independent Anti-Doping Panel in September 2019 following a positive drug test.

She took an over-the-counter flu remedy at the Jamaican trial in June which had the banned diuretic Hydrochlorothiazide in its components. The young sprinter then decided in September to withdraw from the IAAF World Athletics Championships in Doha, Qatar, a competition she had qualified for at the Jamaican trials.

Williams, who is based in Florida, will next be in action at the Queen's School/Grace Jackson Invitational in Kingston, Jamaica on January 25, also over 60m.

She is also scheduled to take on a strong field with five Olympians, also over 60m,  at the 113th NYRR Millrose Games on Saturday, February 8 at the Armory Track & Field Center in New York.

Briana Williams opens season with PB 7.27 over 60m in Clemson