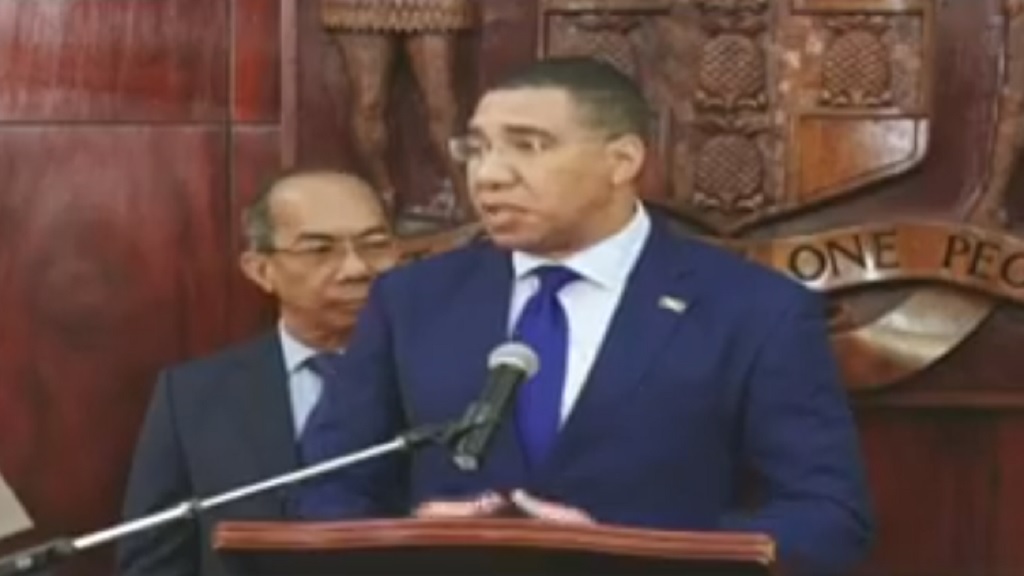 A state of public emergency has been declared for the three western Jamaica parishes of St James, Hanover and Westmoreland following an increase in serious crimes, particularly murders.

“After careful consideration and review of the crime statistics, in particular violent crimes which have been committed in south western parishes, the security forces have advised that the situation which now currently exists would warrant the Government advising the Governor General to proclaim a state of public emergency…” Holness said.

That SOE now “exists in the entire area comprising the parishes of St James, Hanover and Westmoreland,” Holness explained.

He said the SOE shall remain in place for 14 days in the first instance. After that it needs a two-thirds majority in both the House of Representatives and the Senate, for it to be extended for three months at a time.

Holness told the media briefing that he had spoken to the parliamentary Opposition prior to the latest declaration of a SOE and he was hoping for the Opposition’s support.

“We invite the support of the Opposition; we are in discussions regarding a new scheme of operations which would see enhanced powers being put into law which would reduce the reliance, if ever, on the states of public emergency,” the prime minister said.

He added that “I have informed members of the Opposition before the declaration; we await to see what their response will be.”

But considering that the Opposition pulled its support from three SOEs last December on the grounds that they were unconstitutional, it is not immediately clear if it will support the latest declaration.

A SOE was first declared in St James in January 2018 and was credited with a 70 per cent reduction in murders in the parish when compared to 2017 when 335 people were killed. That SOE ran for one year. SOEs were also imposed in St Catherine North and sections of the Corporate Area in March and September last year respectively.

More than 40 people have been murdered in St James since the start of the year and the Mayor of Montego Bay, Homer Davis and business leaders have on several occasions, called for the re-imposition of the emergency measure to stop the bloodletting.

At the time it pulled its support for the SOEs, the Opposition asserted that there was no need for the security forces to reduce their presence on the streets. It also said relatively few violence perpetrators were apprehended.