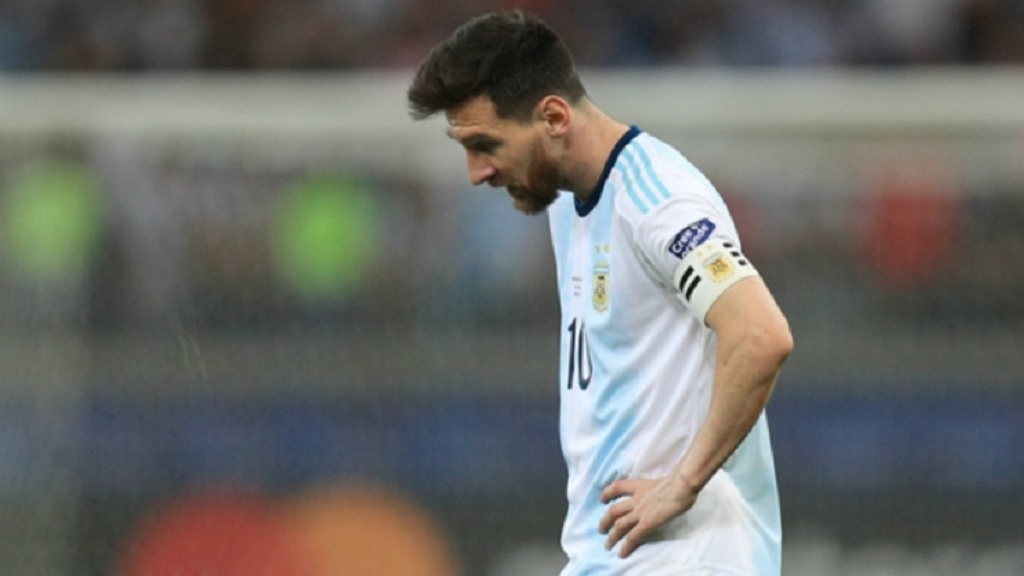 Lionel Messi is an "alien" but Brazil were able to neutralise him in their Copa America semi-final defeat of Argentina, according to Tite.

Gabriel Jesus scored the opening goal and set up Roberto Firmino for the clincher as Brazil won 2-0 in Belo Horizonte to reach the final for the first time since 2007.

Their clinical triumph heaped more international misery on Messi, whose Argentina team was beaten on penalties by Chile in the previous two finals.

Argentina's captain strongly criticised referee decisions after the game, branding the officiating "bulls***", while coach Lionel Scaloni insisted his side deserved to win.

But Tite, whose Brazil side has yet to concede a goal at this year's tournament, was thrilled with the way a defence led by Thiago Silva marshalled Messi.

"I talked to Scaloni, maybe after he spoke to you [the media], but Messi is an alien. Messi is exceptional," the Brazil coach told reporters.

"He deserves such consideration, that reverence he deserves. And to neutralise such a player, with your actions on the field, you can't stop him.

"We had to tinker with the structure of the team, so we brought Firmino a little further back to close the midfield to reduce his actions, and also to explore our speed.

"We scored and then got less possession of the ball than we normally do, but we brought effectiveness and we were decisive.

Brazil were without Richarlison, Filipe Luis and Fernandinho against Argentina but Tite hopes the trio may be available for the final, which will be played against either Chile or Peru on Sunday.

"Filipe Luis is already recovering from the injury, but as for the physical aspect, he could not withstand the 90 minutes, even more with a possibility of extra time," Tite added.

"And on the other hand, Alex Sandro has come in very well. Fernandinho is in a process of evolution, maybe if I needed him during the game, he would come in. Even with some restriction.

"And Richarlison, I do not know, but he's had a good recovery time for mumps. I believe the time has passed."

Tite: Messi is unstoppable, but Brazil can slow him down

Messi admits not playing well for Argentina at Copa America