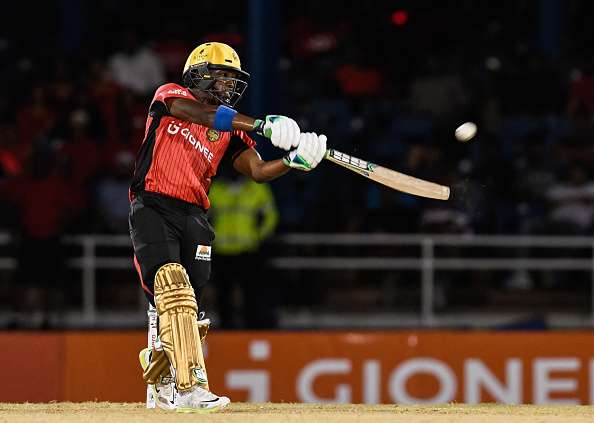 Bravo was Man of the Match with 38 off 10 balls

The Trinbago Knight Riders scored 52 runs off 12 balls to pull off an incredible win over the St Kitts and Nevis Patriots in Match 22 of the Hero Caribbean Premier League.

In a rain-hit match, Darren Bravo (38 not out) and Brendon McCullum (40 not out) needed to score 52 runs off 17 balls to chase down a revised score of 86 off six overs.

Samuel Badree took the wicket of Colin Munro off the first ball of the 4th over with the Knight Riders in trouble at 34/2.

Darren Bravo’s brother Dwayne told him about the equation of 52 needed off 17 balls just before he went in to bat.

"I backed myself and played to my strengths. I was positive and I knew one good innings would get me to form. McCullum (40* off 14) played really well. Want to dedicate this innings to my grandmum, who isn't doing too well right now,” said Bravo.

Patriots skipper Gayle said he was proud of his players in the losing effort.

"We thought we had this in the bag, but we've watched a lot of T20. We knew they could still get it, which they did, but these happen in this format. It was a great game of cricket. Our boys should hold their heads high,” said Gayle.

TKR skipper Bravo said he told his team to remain positive when Gayle was on the go.

“At the halfway stage, even when Gayle was batting, I tried to tell my team to bowl in the right areas. Always told my team that their weakness was their bowling and with a batting line-up like ours we told our team we can chase anything,” said Bravo.