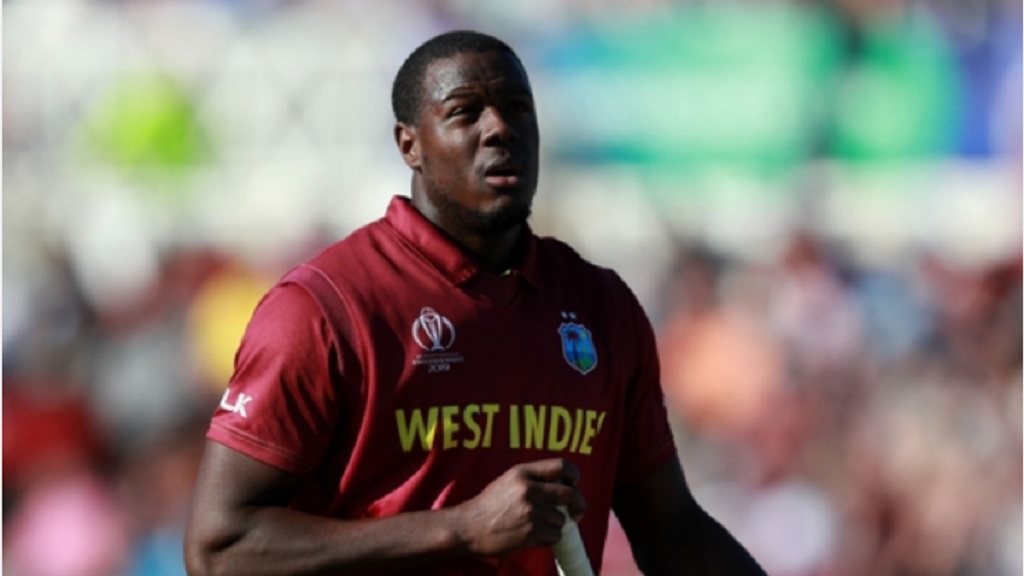 West Indies' Carlos Brathwaite has claimed athletes and sportspeople taking a knee in support of the Black Lives Matter movement is nothing more than "cosmetic".

After the death of George Floyd in police custody sparked protests worldwide, personalities across sport have endorsed the Black Lives Matter campaign.

In England, Premier League players have taken a knee before all of the matches since the resumption of the season in June, with the movement's logo – designed by Troy Deeney's partner – also embroidered onto shirts.

Both England and the Windies' players will wear shirts adorned with the logo throughout an upcoming three-match Test series, which starts on July 8 in Southampton.

However, Brathwaite insists more needs to be done if real change is to be made, suggesting laws should be introduced in order to curtail racism in society.

"For me, it's just cosmetic – that may ruffle a few feathers," Brathwaite told BBC Sport. "The biggest change needs to be legislative and needs to be the reprogramming of the wider society.

"Why is it that we go on a plane and see someone with a massive beard and we think, terrorist? When we see a black guy in the supermarket we automatically think he will shoplift, and as a result, have the guards trail him?

The 31-year-old also pointed to England paceman Jofra Archer – who like Brathwaite was born in Barbados – as a shining example to black cricketers, signalling out the bowler's impact in a crucial super-over against New Zealand in last year's dramatic Cricket World Cup final.

"There's been talk in the media about the marginalisation of the black cricketer in England," said Brathwaite.

"A black player spearheaded that charge and was there at the most important moment to execute and bring the cup home.