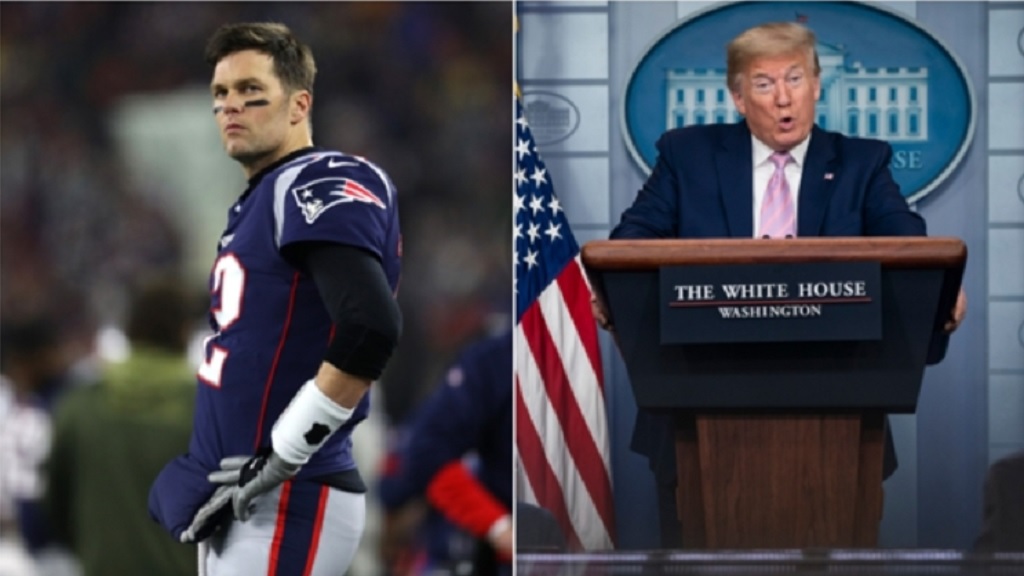 Tom Brady revealed he turned down a request from US president Donald Trump to speak at the Republican National Convention (RNC) in 2016.

Brady's long-standing friendship with the president is well-documented. However, he was unwilling to get involved when Trump made his foray into the world of politics.

Appearing on The Howard Stern Show on Wednesday, Brady was quizzed on a wide range of topics, including his recent move from the New England Patriots to the Tampa Bay Buccaneers.

Stern said Trump had requested him to speak at the RNC four years ago and asked Brady if he had also been invited to appear at the event as well.

"He wanted me to speak at that convention too. I wasn't going to do anything political," Brady replied.

"He always had a way of connecting people and still does. I got brought into a lot of those things around the election.

"It was uncomfortable for me, not because I would undo a friendship, political support is totally different from the support of a friend."

Brady exits NFL playoffs with loss, but has no intention to retire