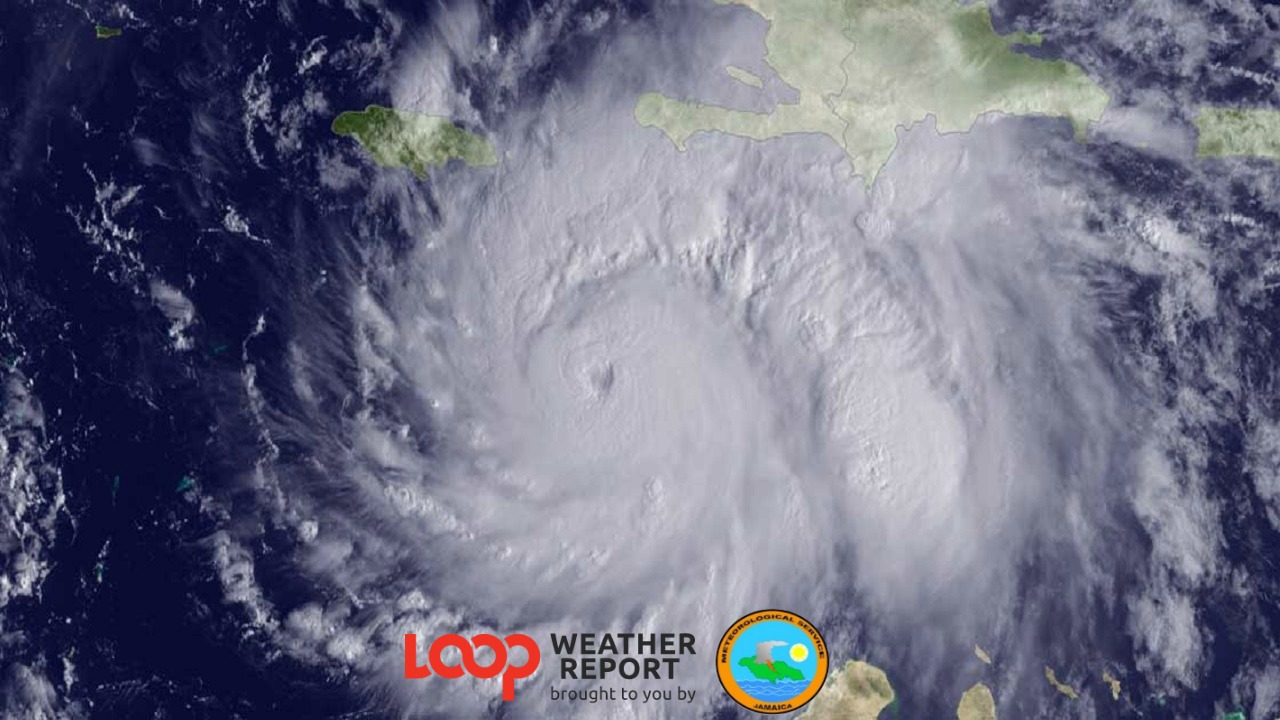 The Meteorological Service Division wishes to endorse the forecast of the Climate Prediction Center of the National Oceanic and Atmospheric Administration (NOAA) as its official seasonal outlook for the 2017 Atlantic Hurricane Season. This indicates that this year could see above-normal activity during the hurricane season. Most of this activity is predicted to occur during the peak months of the hurricane season: August, September and October.

Specifically, the outlook calls for a 70% probability for each of the following ranges of activity:

The above outlook will be updated in early-August, prior to the peak of the season. 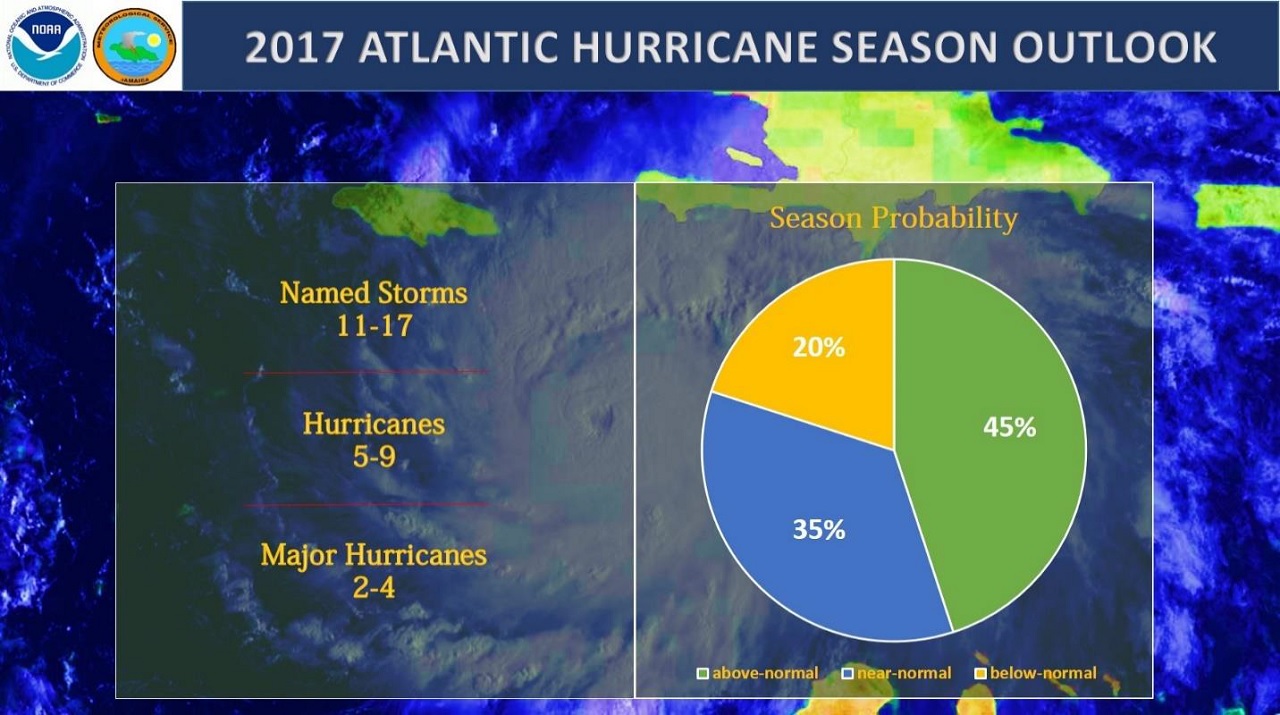 How to interpret this forecast…

This outlook indicates, by way of probabilities, the likelihood of an above-normal, near-normal or below-normal season. A ‘normal’ season produces on average, 12 named storms, six of which become hurricanes and three of which become

hurricanes of category 3 or higher (major hurricanes). The number of named storms, hurricanes, and major hurricanes predicted are given as ranges for which there is a 70% probability for each of the ranges provided above.

Since no climate model or prediction of climate factors is accurate 100% of the time, the purpose of the outlook is to provide a general guide to the expected overall activity during the upcoming hurricane season.

The outlook does not provide a prediction of the number of storms expected to make landfall over Jamaica nor any impact for any particular location on the island.

Where the storms are likely to form…

The figures below show the areas of origin and tracks of tropical cyclones during the months of June, July and August. These figures are based on climatological averages but tropical cyclones can originate in different locations and have varying tracks that depart from the average. 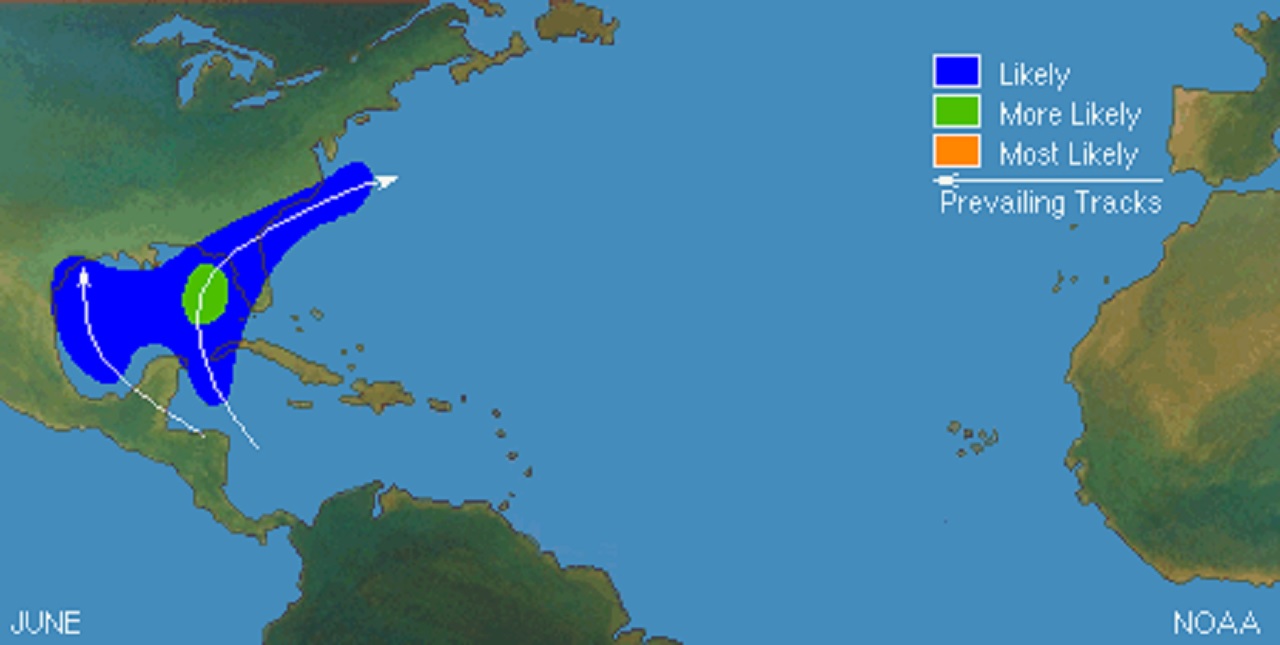 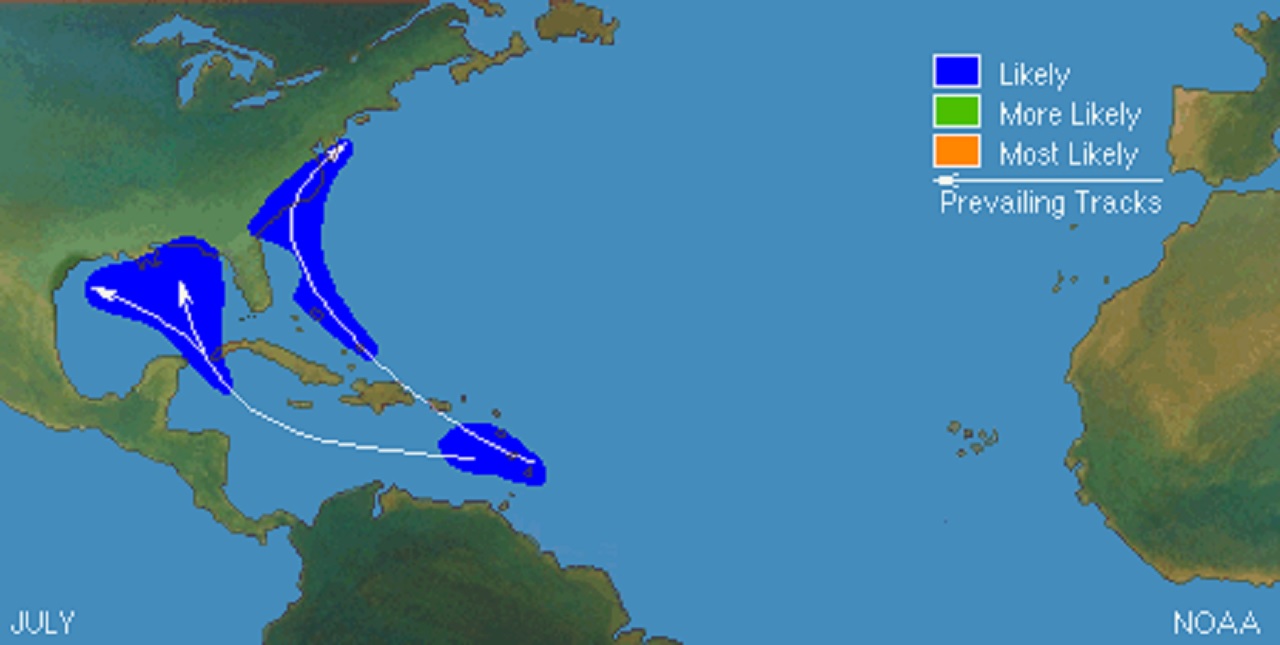 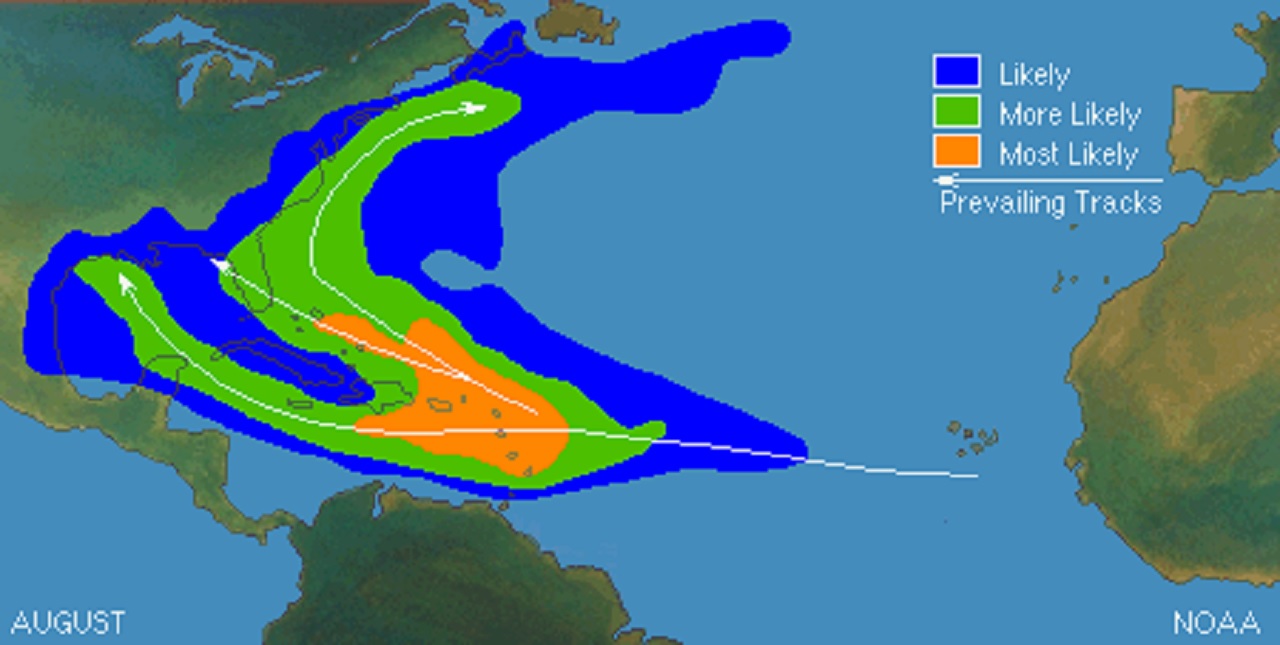 Whether the seasonal prediction is for above-normal or below-normal activity, a disaster can occur from only one hurricane or tropical storm, or even from a lesser developing system. Fishers and other marine operators, are usually the first to be impacted by emerging weather systems at sea so they are specially urged to be alert during this time of the year. Residents are advised to prepare for each hurricane season regardless of the seasonal forecast. During the month of June, being recognized as Disaster Preparedness Month, the Office of Disaster Preparedness and Emergency Management (ODPEM) will provide important hurricane preparedness information through their offices and the mass media.