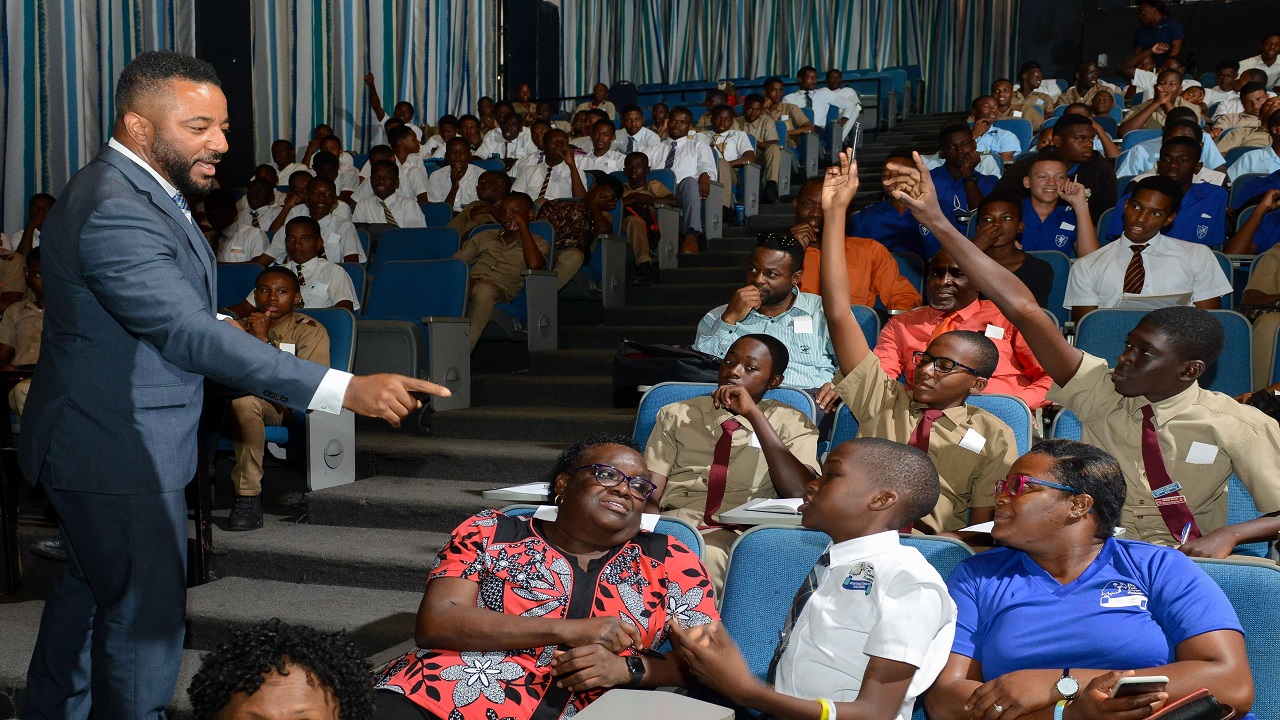 Presenter Troy Kemp interacts with a participant during the question and answer segment at the J Wray and Nephew Foundation (JWNF) ‘Spotlight Session’: Focus on Boys conference at the Courtleigh Auditorium recently. More than 300 boys from high schools in Kingston and St Andrew, Clarendon and St Elizabeth were in attendance.

Their usual competitive selves, boys gave an overwhelming response to messages which were imparted in the J Wray and Nephew Foundation (JWNF) motivational and inspirational conference, ‘Focus on Boys - The Journey from Boyhood to Manhood’, at the Courtleigh Auditorium in New Kingston recently.

‘Focus on Boys’ was motivated by recent statistics showing the heavy involvement of boys in crime, and deteriorating academic performance, with only one in 10 males among university graduates within the society. 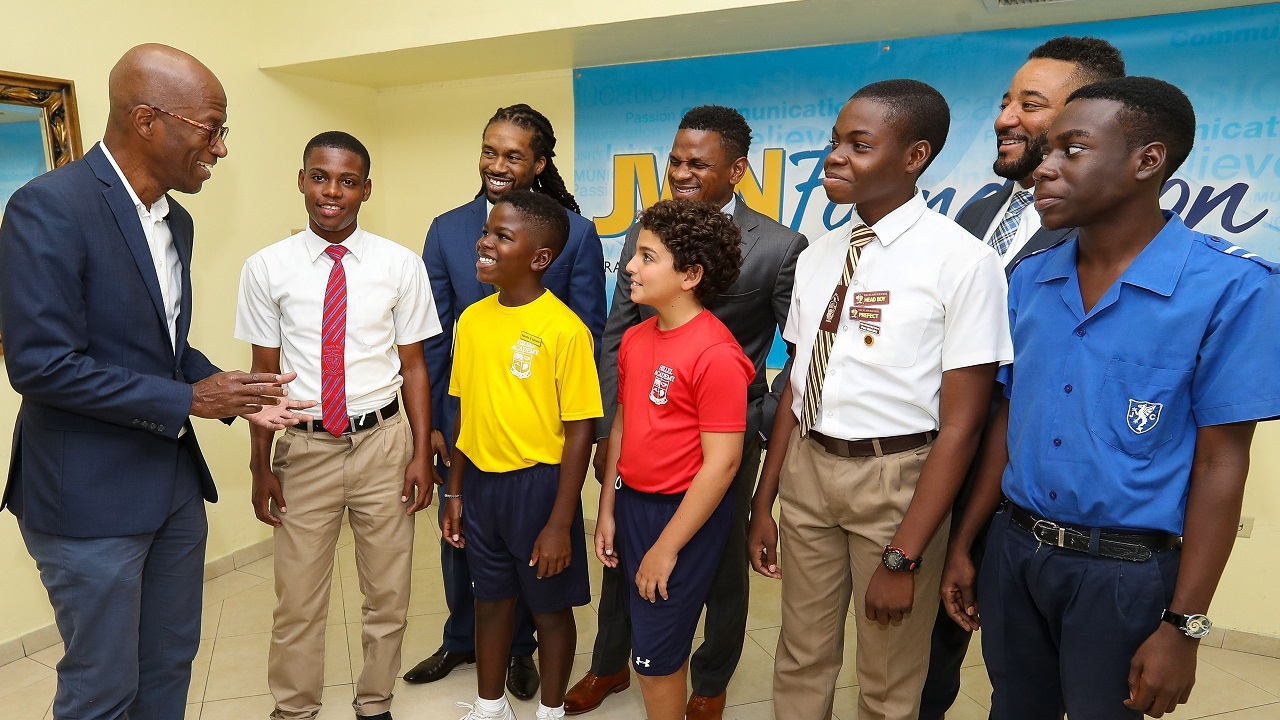 Techniques and best practices for reaching and teaching boys highlighted the agenda of lead presenters Troy Kemp and Calvin Hadley, plus deep-thinking moderator, Miguel ‘Steppa’ Williams. Kemp, for the past 24 years, has served on the faculty at McCallie School in varying capacities, and earned several awards for teaching excellence and mentoring boys. Hadley was appointed Howard University’s Student Ombudsman in September 2015, and has worked in youth development for more than a decade.

A total of 352 boys from high schools in Kingston, Clarendon and St Elizabeth participated at the JWN Foundation forum, and laid down stiff challenges for a turn at the microphone, as they answered the call to voice their concerns and share major takeaways.

Wolmer’s David Edmonson said the session encourages one to “think outside the box”, while others expressed ideas related to constant practice as “getting in shape before the race” and “don’t wait until game day to learn how to play”.

Another profound, yet practical message – “the grass is greener where you water it” - captured the imagination of Glenmuir’s Shamar Martin, while Hillel’s Zachary Williams picked “my jeans can’t tight like Michael Phelps speedo” as his favourite line from Damion ‘Junior Gong’ Marley’s tune, ‘Here We Go’, while adding to the debate on the all-too-familiar practice of men wearing tight pants.

That discussion was extended to include the trend of males dropping their pants below their buttocks, drawing sharp criticisms from ‘Steppa’ and Kemp in poetry and words, respectively.

The words were plenty and the messages clear.

“At some point you must know when a parent is not a good example,” said Hadley.

“A lot of you grew up in homes without a father,” he added, noting that as a consequence, “young people are being called earlier to take charge of their lives”.

Hadley challenged the boys to pursue their goals with passion; learn to love the process, as opposed to just loving the success; understand the 10,000-hour rule, which states that one has to dedicate at least 10,000 hours to any task to become world-class; use failures as motivation; understand the Three Cs – that there will be Chances, Choices and Consequences; and above all, soar like the magnificent bird, the eagle.

Kemp underlined the value of creativity and encouraged the young boys to build intellectual stamina for life’s journey, and being willing to take chances.

JWNF staging workshops to enhance skills in dealing with boys