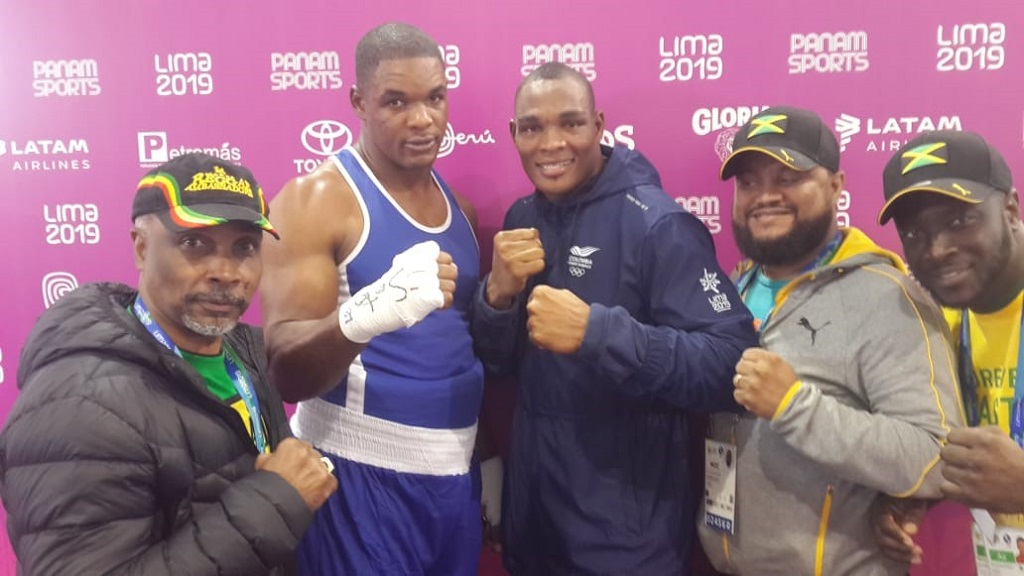 The Jamaica Boxing Board (JBB) has highlighted the significance of a pre-tournament camp in getting super heavyweight Ricardo Brown into shape for the Pan American Games, at which he broke a 12-year drought to secure a bronze medal in boxing for Jamaica in Lima, Peru.

Prior to the Pan Am Games competition, Brown underwent a month-long training camp in Canada, which was funded by the umbrella body for sport, the Jamaicas Olympic Association (JOA). While there, he did specialised training at Dewith’s Boxing Studio, which is operated by Jamaican Dewith Frazer.

"At that gym, Ricardo was able to work with boxers in his weight class and this helped him a great deal because in Jamaica there is a scarcity of boxers in that weight category,” said Leroy Brown, JBB General Secretary.

“There was no doubt that this training session helped him a lot and the boxing board has to thank the JOA and Mr. Frazer for their assistance in this regard," added Leroy Brown. “The Jamaica Boxing Board is thrilled that Ricardo Brown has won a bronze medal at the Pan American Games.”

Brown secured Jamaica’s first medal at the 2019 Pan Am Games, by advancing to the semi-finals of the super heavyweight (91+) division. He eventually lost his semi against Colombian Salzedo Codazzi on Tuesday. Codazzi won by unanimous decision, scoring a 30-27 win.

Samuda said: “We gave Ricardo the training camp and he has delivered a bronze medal, which he earned with admirable conviction. A medallist is made in the ring, but a champion is created in the rigour of the gym where character and mettle are born. Gloves on, a medal won! The JOA salutes Mr. Brown.”

Foster said: “The JOA is absolutely pleased with the bronze medal won by our boxer Ricardo Brown. A few months ago when Leroy Brown came to us with the vision that he wanted a camp in Canada leading up to the Pan Am Games for the boxer we didn't hesitate to provide the assistance to get him there. The rest is history.”

It is the first time since the 2007 Games in Rio de Janeiro, Brazil, that Jamaica has won a boxing medal. Rikardo ‘The Surgeon’ Smith won a bronze at those Games.

In Lima, Jamaica was represented by two boxers, lightweight Shiloh DeFreitas and Ricardo Brown, who registered a crucial split decision 3-2 victory over Nicaraguan Darwin Rodriguez in the quarter-finals.

Ricardo Brown was adjudged to have won the first and third rounds to take victory and Leroy Brown noted that they will need additional assistance while advancing towards the next goal, the 2020 Olympic Games in Tokyo, Japan.

“The next goal is to properly prepare him and other boxers for the Olympics next year and work on that and fundraising for the project are to begin immediately," said Leroy Brown.

He will feel further encouraged, with the JOA stating its intentions to continue enabling the country’s athletes.

“The JOA will continue to believe in our members and will support wherever possible to have their true potential self-actualised,” said Foster. “Ricardo has a bright future ahead and we will sit with the Jamaica Boxing Board to see how best we can further assist the JBB in getting more boxers at that competitive level.”