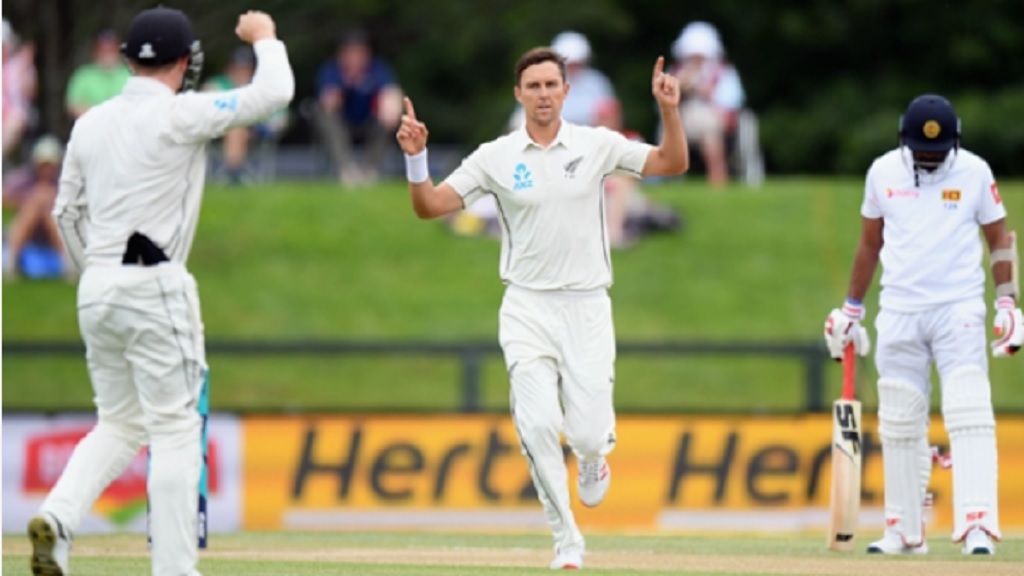 Trent Boult claimed two wickets to finish with nine in the match as New Zealand quickly knocked over Sri Lanka's tail on day five to wrap up the second Test.

The Black Caps required just 14 deliveries to complete the job on an overcast morning in Christchurch, with the victory also handing them the two-match series following a draw in Wellington last week.

Sri Lanka resumed on 231-6 but Suranga Lakmal (18) managed to survive only two deliveries before he was bowled by Boult, who had claimed 6-30 in Sri Lanka's first innings.

Neil Wagner utilised the short ball to see off Dilruwan Perera for 22 in the following over, a poorly judged attempt at the pull shot only providing home skipper Kane Williamson with some catching practice at square leg.

Fittingly it was Boult who struck the final blow, the left-arm paceman trapping last man Dushmantha Chameera lbw for a duck to finish with impressive match figures of 9-107.

With Angelo Mathews unable to resume his innings due to a hamstring injury, the former captain had retired hurt on 22 at tea on the fourth day, Sri Lanka finished on 236 to lose by the mammoth margin of 423 runs.