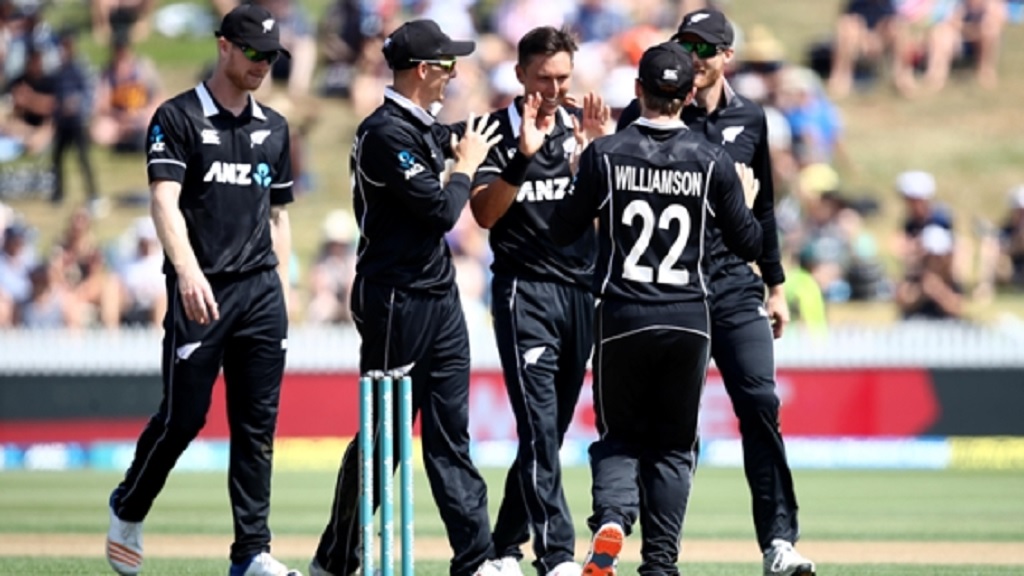 A scintillating spell from Trent Boult helped set up New Zealand's eight-wicket win over India in the fourth One-Day international on Thursday.

Boult (5-21) ripped through the India batting line-up, taking his fifth career five-wicket haul in ODIs, the equal most for his nation alongside Richard Hadlee.

The left-armer made the most of plenty of movement at Seddon Park in Hamilton, with India only able to make 92 after being put in to bat.

It marked the second time the Black Caps have dismissed India for fewer than 100 in an ODI in the past decade, something no other team has managed to do even once in that period.

New Zealand made quick work of the chase, reaching 93 for the loss of two wickets and with 212 balls remaining, reducing the deficit in the five-match series to 3-1.

It was set up by Boult, who bowled his 10 overs consecutively after opening for the Black Caps.

India made a solid start before Boult trapped Shikhar Dhawan (13) lbw in the sixth over.

Rohit Sharma, captaining India in the absence of the rested Virat Kohli, was the next to go, chipping a return catch to Boult on seven.

The wickets fell regularly from that point as the tourists lost 34-8 after the openers had put on 21.

Ambati Rayudu (0) hit a flashy drive off Colin de Grandhomme (3-26) straight to Martin Guptill at short cover before Dinesh Karthik (0) was caught behind.

Making his debut, Shubman Gill (9) had looked solid before also hitting a return catch to Boult, while Kedar Jadhav (1) was trapped lbw.

There was some resistance from the lower-order as Yuzvendra Chahal top-scored with an unbeaten 18, while Kuldeep Yadav (15) and Hardik Pandya (16) also reached double figures.

Pandya was Boult's fifth wicket as he fell to a short ball as India were dismissed for just 92.

Guptill hit 14 off the first three balls of the chase before falling to Bhuvneshwar Kumar (2-25), but Ross Taylor (unbeaten 37 off 25) and Henry Nicholls (30 not out off 42) saw the Black Caps to a comprehensive victory.