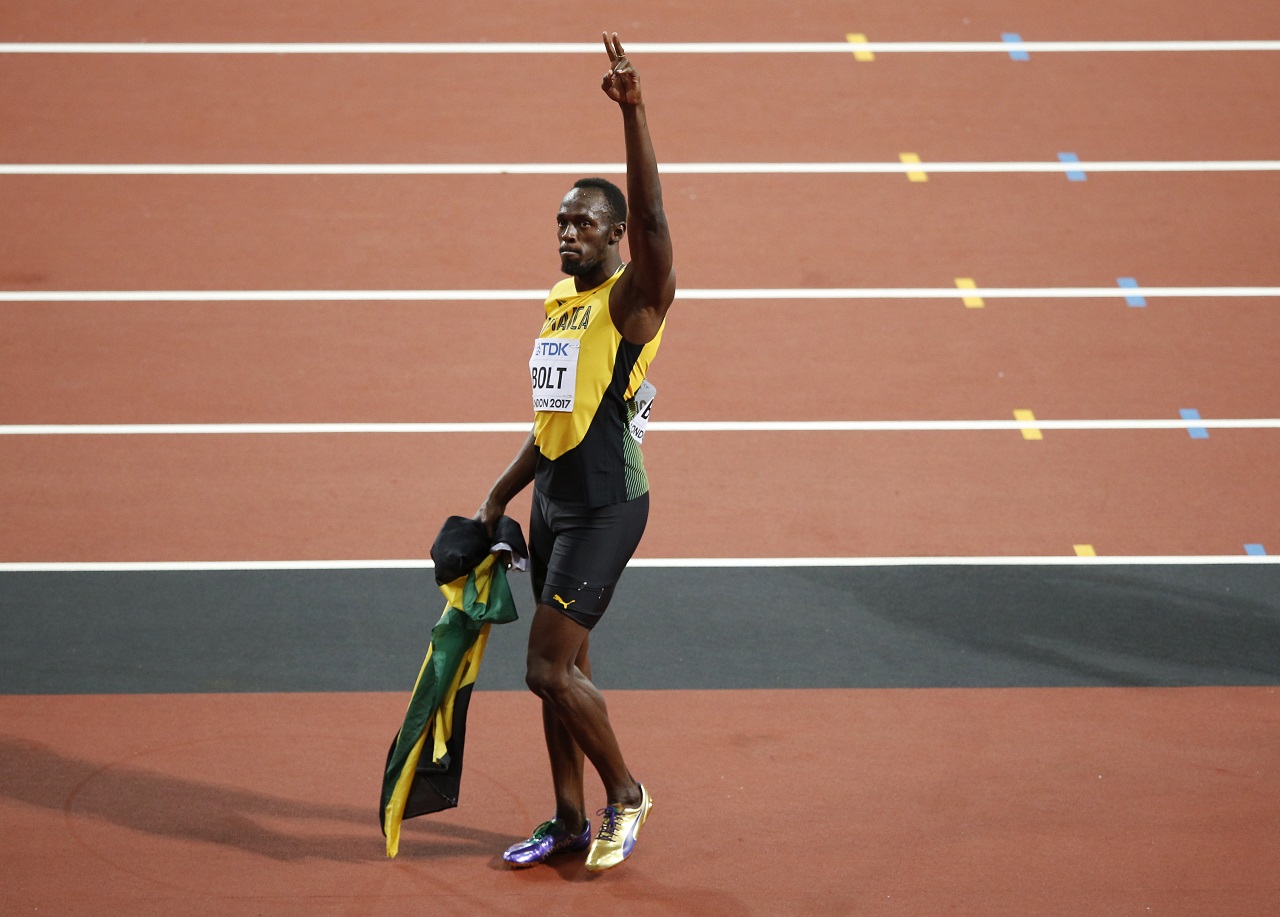 Global sprint star Usain Bolt has won the President's Award at the IAAF Athletics Awards 2017, held at the Grimaldi Forum in Monaco on Friday

The 31-year-old Jamaican, considered one of the greatest sprinters of all-time,  is a three-time 100m and 200m Olympic champion who collected 11 world titles over an international career that began when he was in his late teens.

Bolt retired this season after taking 100m bronze at the World Championships in London to end his career as one of the most recognised athletes in the world.

This award recognises and honours great service to athletics.

Meanwhile, Qatar's Mutaz Essa Barshim and Nafissatou Thiam of Belgium was named the male and female World Athletes of the Year.

Barshim, 26, was one of the most consistent and dominant athletes of the year. Starting with a 2.35m leap in Jeddah in April and ending with a 2.40m jump in Eberstadt in August, Barshim pieced together an undefeated season across 11 competitions.

He won the world title in impressive fashion, clearing all of his heights up to his winning mark of 2.35m on his first attempt. One week after his triumph in London, he jumped a world-leading 2.40m in Birmingham and followed it four days later with a winning jump of 2.36m in Zurich to secure the IAAF Diamond League title.

Barshim ended the 2017 season with nine of the best 11 jumps in the world this year, capped by his two 2.40m leaps. He is the first high jumper in history to leap 2.40m or higher in five successive years.

Two months later, the 23-year-old climbed to third on the world heptathlon all-time list after winning at the IAAF Combined Events Challenge meeting in Gotzis with 7013 points, producing a series that included a 1.98m high jump and a 59.32m javelin throw.

At the World Championships in London, Thiam lived up to expectation in all seven disciplines and earned the title with a score of 6784.

"Tonight is our time to celebrate," Seb Coe said. "We have recognised the achievements and remarkable careers of some outstanding athletes, coaches and officials. With more than 50 champions, record breakers, ambassadors and coaches here tonight it’s impossible to individually honour everyone – I wish we could.

"We celebrate your amazing contributions to a phenomenal year of athletics. I’m particularly excited by the young generation of talent which so dramatically came of age on the world stage in 2017.

"Athletics looks forward to a strong and exciting future safe in your hands."