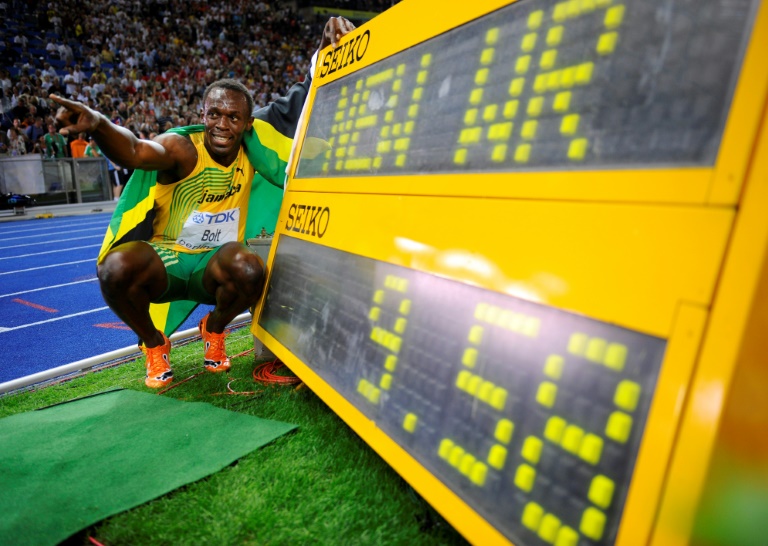 Usain Bolt of Jamaica celebrates winning the gold medal in the men's 100m with a world record of 9.58 seconds at the 12th IAAF World Championships in Athletics at the Olympic Stadium in Berlin on August 16, 2009.

Sprint legend, Usain Bolt has said that he will not be putting his unborn child under any pressure to follow in his footsteps by competing in sports.

The multiple Olympic and World Champion and partner Kasi Bennett are expecting their first child and Bolt said he is aware of the enormous pressure that will inevitably be placed on them.

The 33- year-old, who retired from track and field in 2017, told The Times that he is minded to steer his child/children away from sports.

Nonetheless, Bolt conceded that “I think the pressure is going to be too much — especially at the level I left it. It’s going to be tough to follow.”

Bolt’s legacy is secure after bringing down the curtain on a glittering career three years ago at the World Championships in London.

The sprint king over three consecutive Games, grabbing the famous double in the 100m and 200m in Beijing, London and Rio, Bolt’s world records (9.58 and 19.19) in both still stand.

According to The Times, Bolt is almost nervous about explaining his legend to his child when the time is right but admits he is excited for the journey.

“You have to wait until they get to a certain age to explain to them that people are going to expect a lot from you, because of what I’ve done in the past,” he adds. “I’ll wait until the time is right to explain.

LeBron over Bolt in AP athlete of the decade vote