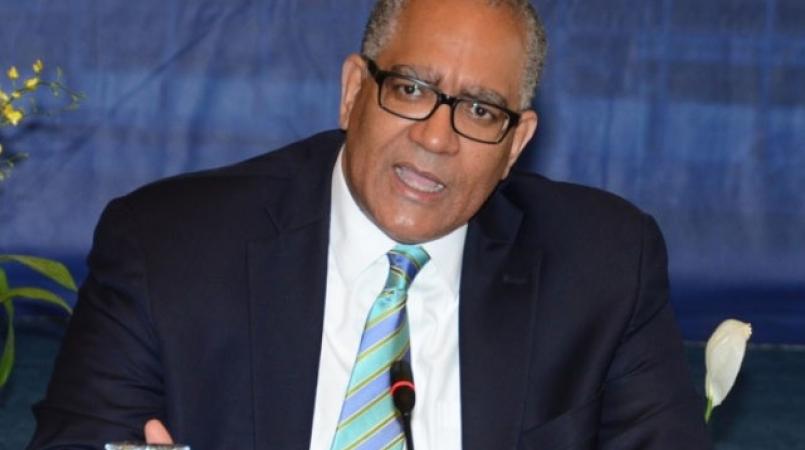 Despite Jamaica’s relatively strong macroeconomic indicators and projections for sustained growth, lending by deposit-taking institutions to the private sector has slowed according to Bank of Jamaica (BOJ) governor, Brian Wynter.

The governor made the disclosure on Thursday during the BOJ’s quarterly media briefing at its downtown Kingston headquarters.

The falloff in private sector credit is despite the BOJ lowering its policy interest rate (the rate offered on overnight placements at the central bank) by 25 basis points to 1.5 per cent -  a record low.

At the same time, the BOJ has cut the cash reserve requirement by three percentage points to nine per cent effective March 1.

The cash reserve requirement is the amount of money that the institutions are required to hold at the central bank against prescribed liabilities.

“This is the first in a series of reductions that will be effected over the next 12 months. The timing and scope for the next reductions will be determined on the basis of assessments of market conditions over the course of the year,” said Wynter.

“This reduction will increase liquidity in the financial system by $16.8 billion and thereby support the expansion of credit to businesses and households at lower rates and at better terms,” he added.

Regarding the cut in its policy interest rate, the BOJ governor said: “This decision reflects the bank’s forecast that inflation, which is currently below the target of 4.0 to 6.0 per cent, will again fall below the target at various times over the next eight quarters in the context of low core inflation and large seasonal increases and reductions in agricultural prices.”

“Inflation will then slowly approach the midpoint of the target over the medium term,” Wynter added.

Wynter told journalists that the steps were taken because “signs are emerging that private sector credit is expanding at a slower pace instead of at a faster pace and that is occurring even as lending rates at commercial banks continue to fall.”

He said more economic activity by businesses and households will bring with it a bit more inflation and, in this way, will support inflation returning to the centre of the target more quickly.

The central bank governor stressed that “the decision to lower the policy rate to 1.50 per cent is therefore aimed squarely at stimulating this pickup in the pace of expansion in private sector credit.” He said it was not aimed at influencing the exchange rate.