The central bank will also pilot the trading of swaps and derivatives, and ease the issue of US dollar securities.

Speaking during his budget presentation on Tuesday, Clarke announced that the BOJ will be rolling out the first phase of its foreign exchange trading platform this month (March), “which should promote greater inter-bank trading and increase the depth and liquidity of the market.”

He added that the BOJ is also working on introducing derivative products such as forwards and swaps to assist in improving the functionality of the foreign exchange market and the experience of end-users.

Swaps are derivative contracts in which one party exchanges or swaps the values or cash flows of one asset for another.

Of the two cash flows, one value is fixed and one is variable and based on an index price, interest rate or currency exchange rate.

Currency and interest rate swaps are used as financial tools to lower the amount needed to service debt as a result of these advantages.

A derivative is a contract between two or more parties whose value is based on an agreed-upon underlying financial asset (like a security) or set of assets (like an index). The most common underlying assets for derivatives are stocks, bonds, commodities, currencies, interest rates, and market indexes. 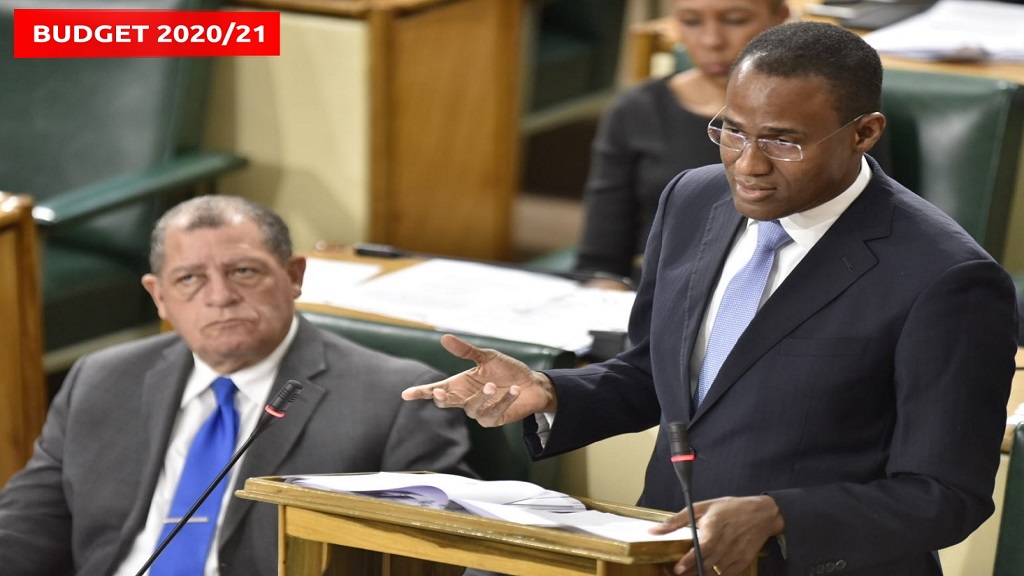 Clarke said the central bank will also increase the limit below which regulatory approval is not required for the issue of US$ securities.

The minister asserted that much has been achieved in easing challenges related to foreign exchange. Outlining that Jamaica operates a market-determined exchange rate, he noted that the BOJ has enacted many reforms designed to deepen the market, improve its functioning, and allow the bank to reduce its footprint in the market.

To date, the central bank has gross reserves of US$3.6 billion and non-borrowed reserves in excess of US$2.5 billion, which Clarke described as “more than we have ever had.”

He added: “In fact, Mr Speaker since October 2016, BOJ’s non-borrowed reserves increased by over US$1 billion.”

The Minister of Finance said that the data shows that, "to date, annual inflows of foreign exchange to Jamaica have been more than sufficient to meet Jamaica’s needs – the proof lies in the fact that Jamaica has been able to increase its foreign exchange reserves while also rapidly increasing its non-borrowed reserves."

The remaining challenge, he outlined, is that - "like in every other country in the world - inflows and outflows are not balanced at every point in time. And this is where market forces are best able to resolve these short-term imbalances with price (i.e., exchange rate) movements, without the need for excessive central bank intervention.”

It is for this reason that the central bank will introduce the platform, which will allow foreign exchange market participants to trade among each other with greater ease and in a transparent manner.

Clarke said: “Our market is developing, no doubt with teething pains. However, as it develops, there has been less need for use of precious reserves in the market."

The BOJ has been reducing its level of intervention in the forex market. Between March 2013 and June 2017 when BFXITT was introduced, the BOJ intervened in the foreign exchange market to the tune of US$2.5 billion.

The reduction allowed the BOJ to increase non-borrowed reserves by US$1 billion.