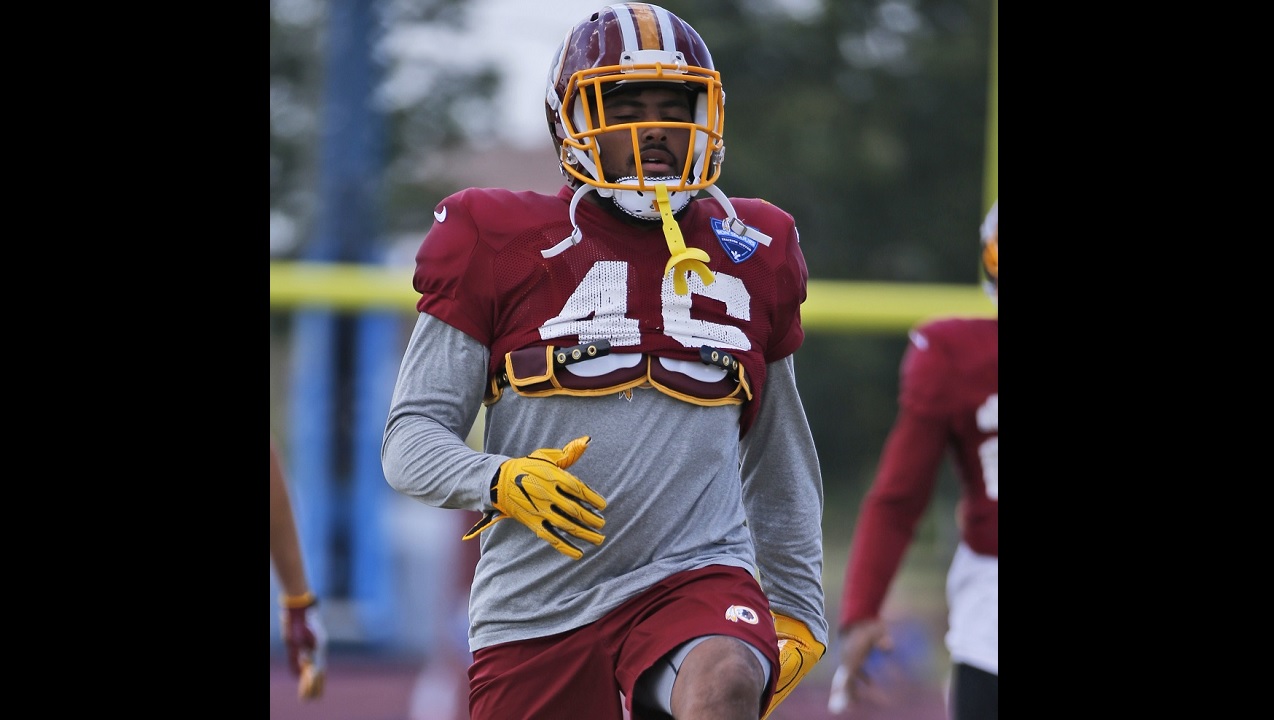 The player with the most famous name at Washington Redskins training camp isn't running away from his roots.

Nico Marley is an undrafted 5-foot-8 rookie linebacker. More notably, he's a grandson of Jamaican musician Bob Marley and doesn't mind when teammates, coaches or even strangers want to talk about it.

Born 14 years after his grandfather's death, Nico is also the son of former University of Miami linebacker Rohan Marley. A four-year starter at Tulane and an all-conference player his final two seasons, the undersized defender is now trying to make his own impression on the Redskins.

So far it's working. Coach Jay Gruden said Marley "made almost every tackle" in college and saw the same at his rookie minicamp tryout, enough to warrant signing him.

"If anybody deserves a chance to crack the roster, it's somebody who's that productive," Gruden said Monday. "He really hasn't disappointed us, man. He's been running around here, making good plays and he's very smart."

Marley stands out on the practice field because he's 5-8 if you count his hair. Yet the 22-year-old boasts the mentality that no one is bigger than him and calls himself "a lion."

"I think it's more where he's from, that Jamaican that's in him," said running back Rob Kelley, who played with Marley at Tulane. "They always play bigger than what they are. That's one thing you learn about Nico is that he goes out there and plays like a giant."

Marley's grandfather had a giant personality and impact in the music world and in Jamaica. Nico said last week a Jamaican woman approached him and told him that Bob used to mentor her.

Gruden has talked to Marley about his grandfather out of curiosity, though he acknowledged not having a Bob Marley song on his playlist. Kelley's favorite is "I Shot the Sheriff," but after playing with Joe Montana's son Nick in college, he takes caution to not continually bring it up.

"That's something he had to deal with early on — everyone thought it was so amazing (that he's) Bob Marley's grandson," Kelley said. "He wants to be his own guy."

Time will tell if Marley can repeat what Kelley did last year and make the 53-man roster as an undrafted free agent, though he does have an impressive pedigree. His father played on Miami defenses with Ray Lewis, Warren Sapp and Jessie Armstead for three seasons and led the 1993 team with 95 tackles.

Marley loves watching film of his dad playing college football, most recently last week when ESPN Classic aired a Miami-Florida State game. But when he began playing football in eighth grade he wanted to be a safety and said he became a linebacker naturally because he was good at the position.

Tulane's all-time leader in tackles for loss, Marley prides himself on solid, fundamental tackling, and that could be his best route to stand alone in a crowded linebacker corps and earn a roster spot as a special teams ace.

"That's everything, tackling," Marley said. "You've got to get the man with the ball down."

Even though he's having a nice time at camp, Marley is focused on his day-to-day survival and improvement and is trying to keep it from being a "wowing experience." Marley wants to make coaches notice him for something other than his name.

"He deserves an opportunity," Gruden said. "He's very proud of his name and all that stuff, but I'm just worried about Nico Marley as a football player, teaching him linebacker and see how we can make him fit in our scheme if we can."