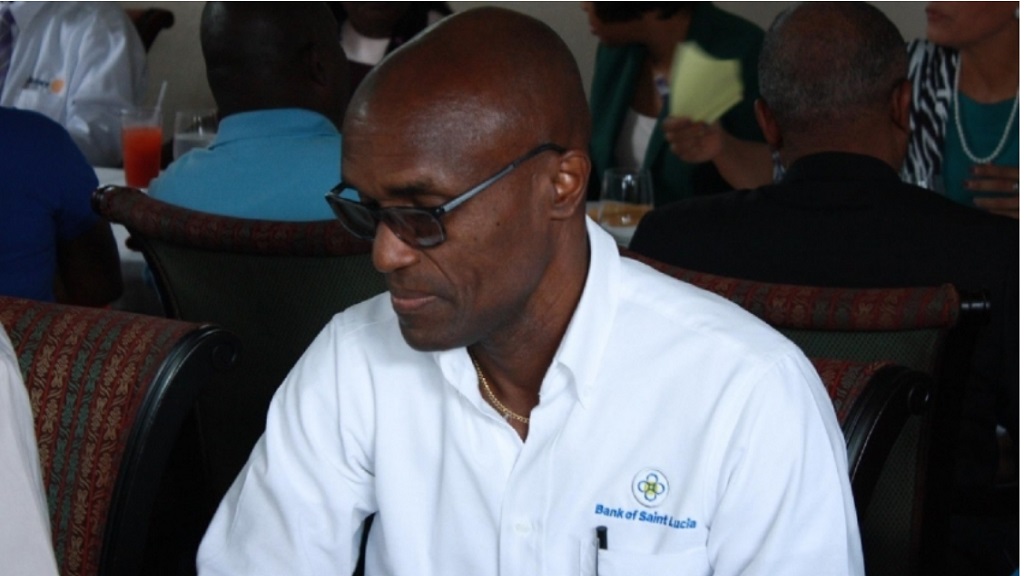 Julian Charles, President of the St Lucia Cricket Association and a director of the Windward Islands Cricket Board.

President of the St Lucia Cricket Association Julian Charles says there is no need for a change in the leadership of Cricket West Indies (CWI).

Charles, who is also a director on the board of the Windward Islands Cricket Board and CWI said the board he represents was supporting incumbent Dave Cameron of Jamaica in this month’s presidential elections.

Cameron will be challenged Ricky Skerritt and running mate Dr Kishore Shallow at the March 24 election.

Charles said after years of struggle, West Indies cricket is finally heading in the right direction.

In light of recent criticisms of his board for not giving Skerritt and Dr Shallow a chance to outline their plans for West Indies cricket, Charles explained that the Windward Islands Cricket Board of Control had met and unanimously decided to support the Dave Cameron/Emmanuel Nanthan ticket.

The process, he said, was concluded prior to receiving a request to entertain a presentation from presidential challenger Ricky Skerritt and his running mate Dr Kishore Shallow.

In fact, Charles said, the Windward Islands board had already nominated the incumbents, which includes its own president, Emmanuel Nanthan, with whom they are pleased.

Cameron has been the CWI president since 2013 and is seeking another term in office. Barbados, Guyana and the Windwards are backing Cameron. The Trinidad and Tobago Cricket Board and the Leeward Islands are backing Skerritt and Dr Shallow.

Only, Jamaica has not made its position clear about whom they will be backing.

However, according to Charles, the position of the Windwards is clear.

Citing the recent Test series win against England to reclaim the Wisden Trophy after 10 years, and the 2-2 tie in the ODI series, Charles said it is evident that the establishment of the regional franchise system – established under the Cameron presidency – was beginning to yield the desired results.

Under the franchise system, an estimated 150 cricketers across the region are now playing cricket full-time as professionals.

“Out of that pool, what we've seen emerging now are world class players. Even more crucial is our bench strength is very strong … where our second team is highly successful against other second teams and may very well challenge even the first team of international sides, a situation which occurred when we dominated world cricket,” said Charles, who is president of the Windward Islands Volcanoes franchise.

He also cited other examples of success under the current regime.

“On the back of winning three World Cups, CWI has conducted coaching programs which have seen over 200 coaches qualified in the last three years who are absorbed into the system and are passing on their knowledge at various levels,” Charles continued.

“Cricket pitches have improved across the region with a hands-on approach by the board's appointed curator Kent Crafton from St. Lucia. Sponsors are coming in, team harmony and an enhanced environment are evident, and players are committed to representing the region to the best of their ability. To this end, several of them have moved significantly up the ICC rankings.”

Asserting there was no urgent need to make a change in the administration of the game; Charles credited the disciplined application of the coaching staff and the collective leadership of CWI, led by Cameron, for the turnaround in the cricket fortunes.

“It's a very stressful job being the President of Cricket West Indies. We all want the West Indies team to succeed and I have seen Dave handle that stress very well. Calmness, maturity, a very democratic process, and he's done a very fine job,” Charles noted.

He disclosed that while directors sometimes expressed differing views within the boardroom of the regional body, Cameron’s approach has been to build consensus or at least a wide majority. “From that perspective, his democratic style of leadership is very evident,” Charles concluded.