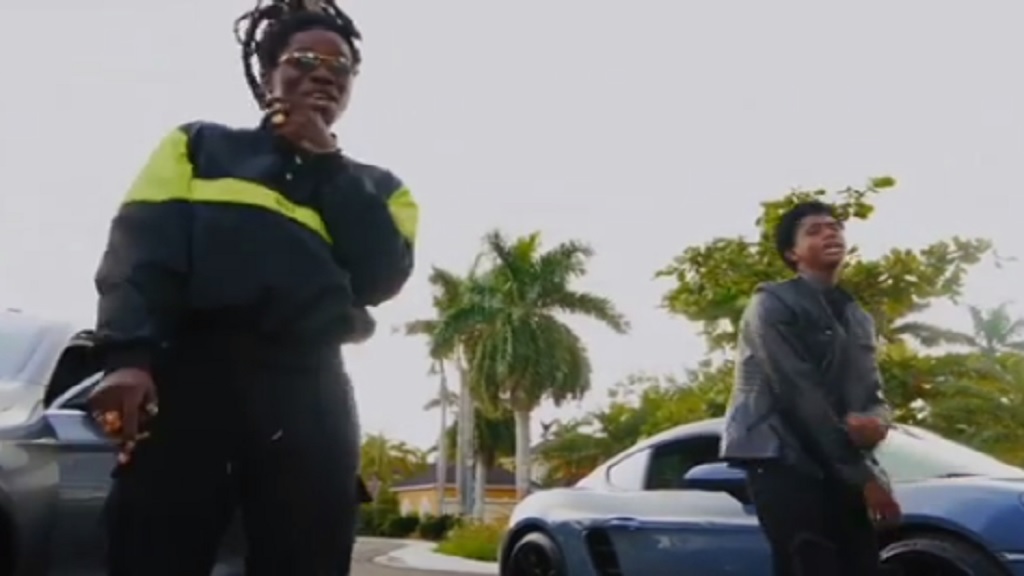 Blvk H3ro (left) and Wayne J are at it again.

In an era when young entrepreneurs have never been so prominent, Blvk H3ro and Wayne J’s ‘Young Boss’ couldn’t have been more timely.

The single is the latest collaboration - following the previously-released ‘Original’ - between the two artistes on the US-based label, Delicious Vinyl Island. It is an ode to those young people who are really ‘bossing up’ in their respective fields.

“I feel like times have changed and more young people are becoming business owners and we just wanted to make a song for them,” Blvk H3ro said in a press release.

“I mean, we’re young bosses ourselves!” he added.

Wayne J and Blvk H3ro are good friends who frequently spend time with each other so another collaboration was a given.

Wayne J, at just 17-years-old has already had his taste of the music industry with appearances on the Rebel Salute and Sting stages and the release of his debut EP back in 2013. His ability to have done all of that while doing the balancing act with school is fitting with the release of this single which celebrates the young, creative demographic.

Blvk H3ro has also been ‘bossing up’ over the years since his official start in music back in 2012 through a collaboration with Jasoul and Polish rappers Full House for the Jewunalia Festival during that year. His melodious voice coupled with his insightful lyrics and captivating performance style has certainly earned him the right to be considered not only a fast rising reggae artist but a ‘young boss’ as well.

‘Young Boss’ was released on Friday, March 20 on all digital platforms.