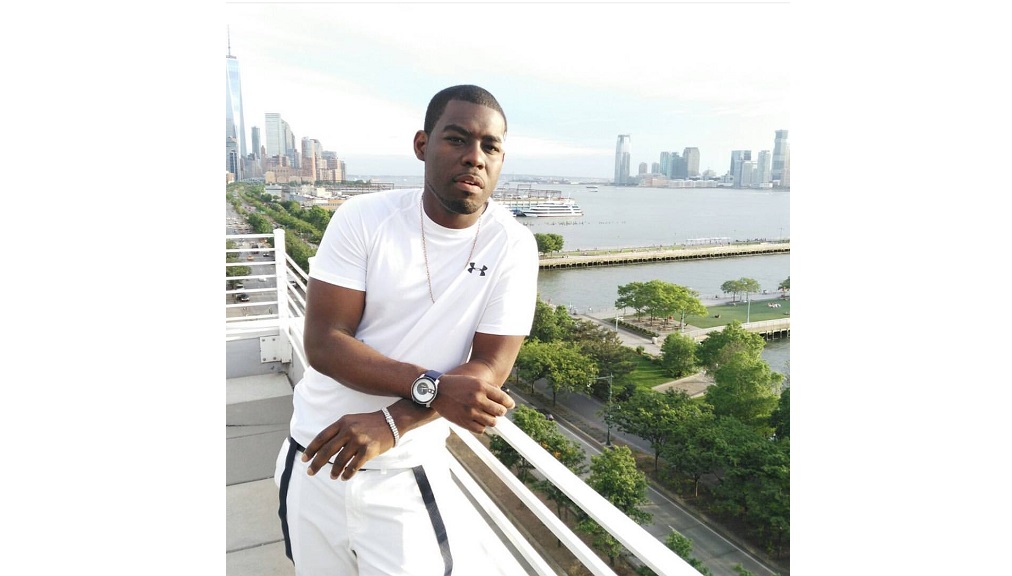 Few people have the confidence to name an album with the provocative title, 'Superblue’s Bastard Son' but dancehall rapper Blu Lyon, the son of Trinidadian star Austin ‘ Super Blue’ Lyons, oozes confidence and the stuff of destiny.

He projects the threat that he can derail and though he stands estranged from his superstar family, he is ready to place his hands on the axle of his own destiny.

“To name the album ‘Super Blue’s Bastard Son’ is not a measure of my confidence, it is a statement of fact that implies that there is no relationship with my father and that I am a bastard, and it is a play on the ignorance of people who would use that word to have power over me,” the artiste whose real name is Austin Lyons Jr, said.

He is the only child between Super Blue and his mother, Gail Copeland. Born in the United States, he grew up on St Marks avenue in Brooklyn, before his grandmother took him to Trinidad & Tobago to live with her.

He is now in Jamaica to promote the album which will be released online in June via his own label, Titan Music. Some of the singles on the album include the lead single 'Link Up', 'Goodbye' and 'Solid'.

“The 'Goodbye' video has been out since February on blulyonvevo page and should premiere on cable this week,” he said.

He will be performing at a show called 'Scream' on April 21st in St. Mary with Dexta Daps, with whom he once collaborated with in a recording group called ‘Beatmania’.

This will be his first album but his first project was ‘The Big Bad Mighty’ mixtape which was available for free via his website.

“The album is mostly hip hop and dancehall, two of the most influential genres in the world. Approximately 90 per cent of the production is done by Blu Lyon with additional work done by Kev Watts, Rico Tayla and JJ Wizzle, my long time advocates and business partners,” he said

Asked if it was harder to break into the business because he is a second generation talent, he responded:

“Almost everything has its pros and cons. Titan has no concerns for what is hard or easy. Titan does what must be done because the things that must be done are those that facilitate success.”

He has a strained relationship with his dad. The last time he spoke to his father was in 2016.

“Why there is no relationship is best answered by Super Blue? Even in the presence of deceit, promises should always be kept. Consistently failing promises should lead to the realisation that you shouldn’t make any more. If you do, it means that you are taking the people you are making promises to for fools and Titan is solid. Titan is no fool,” he said.

“There is no song and it will never happen. Titan is no Jesus, there will be no turning of the cheek,” he said.

Even though his family members are huge international soca stars, Blu Lyon prefers dancehall to soca because he “doesn’t jump and wine” and self-identifies with the 'gangsta' culture of Jamaican music.

Blu Lyon has ambitions of becoming an actor and he appeared in a supporting reoccurring role on the web series 'Sons Of Kingston’.

“Titan is coming to make my name in the world of dancehall “ he said.