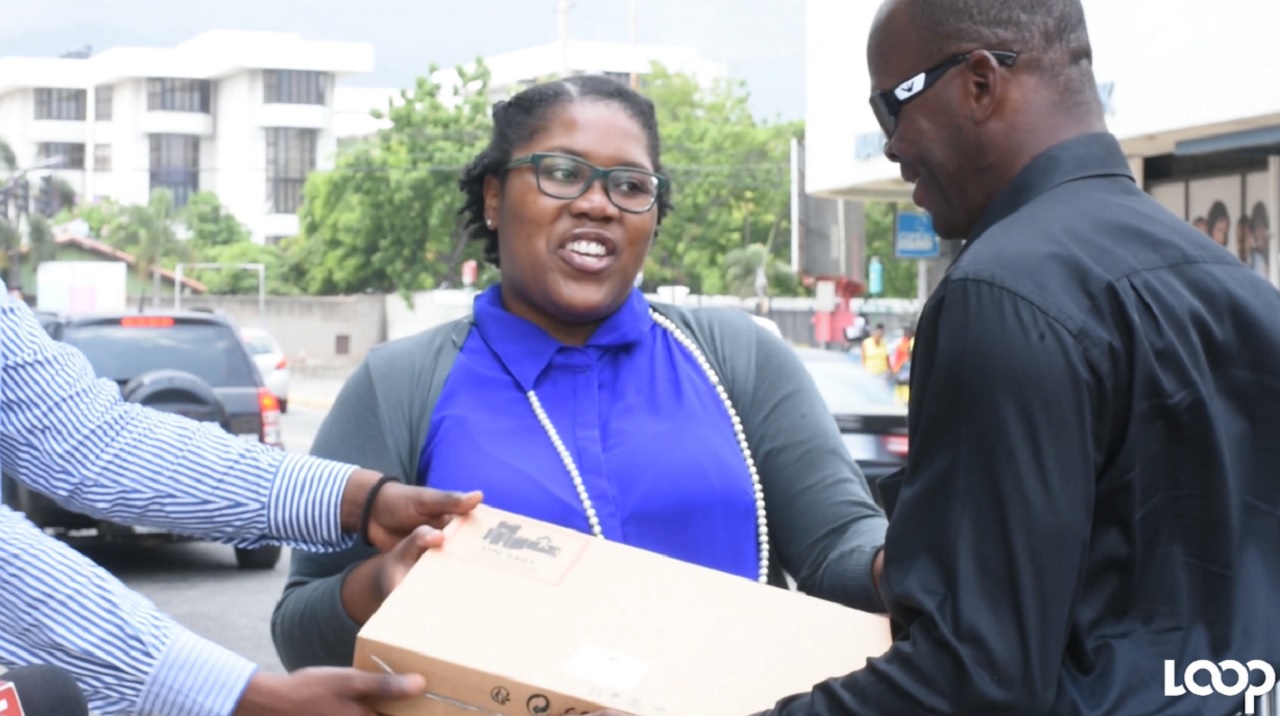 Blind street singer, Michael Brown (right), receives one of two laptop computers which were presented to him for his two daughters by Deleen Powell, Marketing and Public Relations Manager at Universal Service Fund (USF) in response to a Loop News story on Brown's challenges and aspirations, which was carried on Sunday.

Universal Service Fund (USF) brought tears to the eyes of blind singer, Michael Brown, on Monday afternoon, with a heartwarming gift of two laptop computers for his daughters.

Brown, who hails from Linstead in St Catherine, was a thankful man, as he said the computers would assist his daughters with their schoolwork, as before they had to go to various places, including Internet cafés, to complete their school assignments.

Loop News carried Brown’s compelling story on Sunday, and the response came within hours. Brown had spoken about a desire to do some gospel recording, as presently he sings on piazzas, in plazas and on roadsides, with passers-by making donations in support of his efforts.

According to Deleen Powell, Marketing and Public Relations Manager at USF, who was assisted by intern Charles Reid in making the presentation to Brown in New Kingston, staff members of the entity saw the story on Loop News and were compelled as a group to assist. 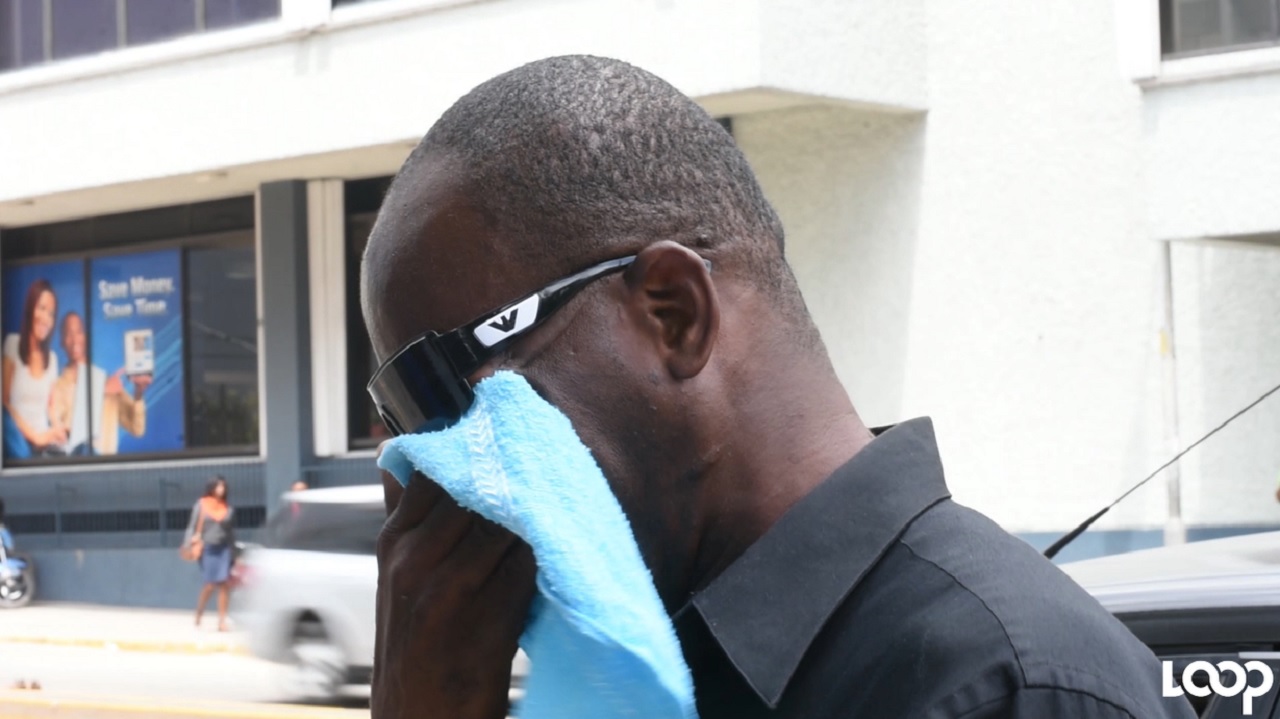 Overwhelmed with emotions, Michael Brown wipes tears of joy from his eyes during the presentation of laptop computers to his daughters on Monday.

Powell said the gesture falls within the mandate of the USF, as the entity’s objective is to assist challenged individuals with technology.

Loop News videographer, Marlon Reid, caught the interactions between Brown, Powell and Reid at the handing-over on Knutsford Boulevard, which had the blind singer shedding  tears of joy, as is captured on video.