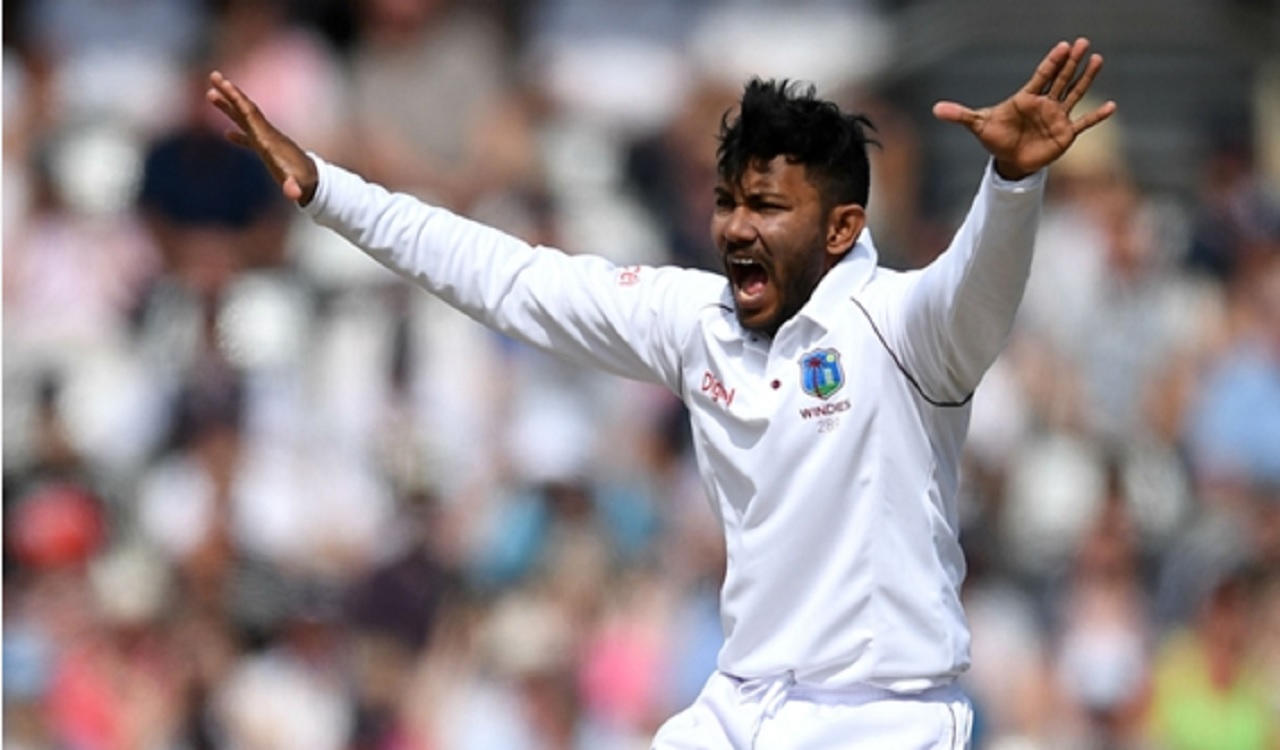 Devendra Bishoo inspired West Indies to a 117-run win over Zimbabwe as the tourists wrapped up victory in the first Test in Bulawayo on Tuesday with a day to spare.

The leg-spinner returned 5-79 in hustling Zimbabwe out for 159 in the first innings and, set an unlikely 434 for victory, the home side fell well short as Bishoo's 4-105 second time round saw them dismissed for 316 at Queens Sports Club.

Hamilton Masakadza (57) and Brendan Taylor (73) provided the only real resistance for Zimbabwe, who must regroup if they are to secure a draw from the two-match series, which resumes at the same venue on Sunday.

Tenth-wicket pair Kyle Jarvis and Chris Mpofu enjoyed some fun in a losing cause, putting on 53 in nine overs as West Indies claimed the extra half-hour, but their entertaining contributions could not mask a disappointing conclusion for the hosts, who began Tuesday's action in such positive fashion.

West Indies were eight down overnight with Roston Chase 91 not out but the innings was swiftly wrapped up in the morning session, Graeme Cremer (4-114) pushing one through the defence of Kemar Roach with the first ball before Chase aimed a wild swipe at Sean Williams (3-91) and was bowled to fall five short of his hundred.

Masakadza and Solomon Mire survived through to lunch and took their stand to 99 until the former edged part-timer Kraigg Brathwaite (1-30) to short leg via his thigh pad.

Bishoo claimed his first victim by trapping Craig Ervine (18), and another soon followed as Williams (6) was tempted out of his ground and Shane Dowrich completed the stumping.

Either side of tea, Taylor and Sikandar Raza (30) put on a defiant 64 until the latter slapped a Bishoo long hop straight to cover.

Malcolm Waller (11) became involved in a mix-up with Taylor and was run out by Shai Hope's direct hit, and Chase (2-61) got in on the act by diving to his left to take a return catch which dismissed Regis Chakabva (1).

Zimbabwe's dwindling hope were all-but extinguished when it was Taylor's turn to fall victim to a run out, this time coming back for a second, leaving Bishoo and Chase to mop up either side of Jarvis and Mpofu's colourful cameos.