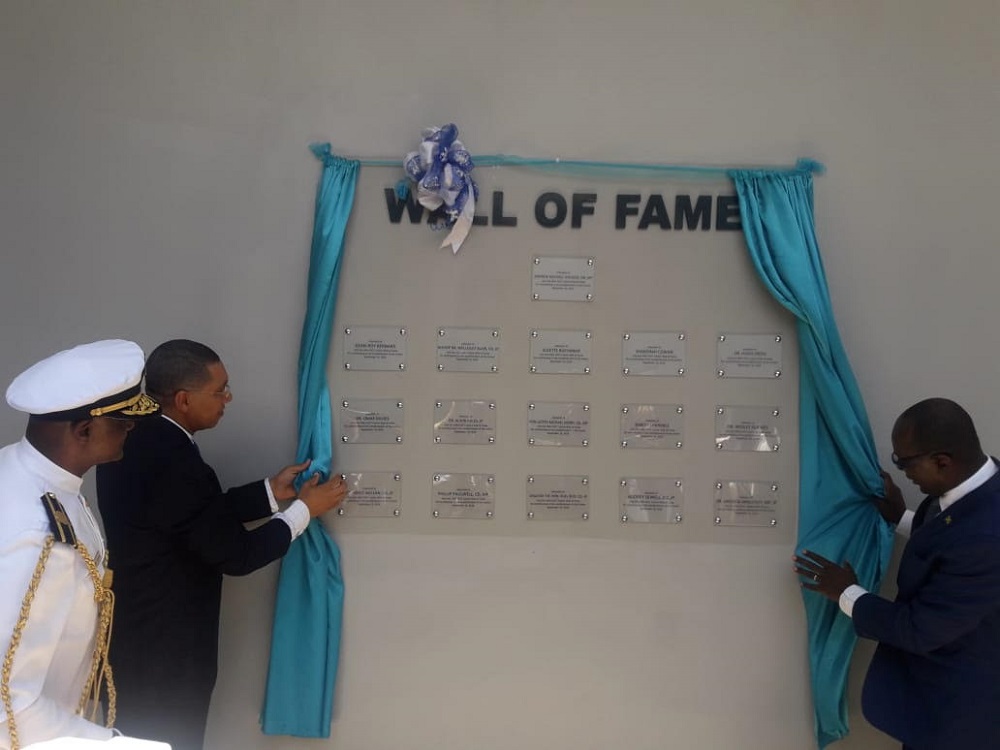 Speaking at the opening of the Festo Centre on Wednesday, Holness said that support from the previous and the current administration was necessary in making the new state-of- the-art training facility a reality.

“... projects of this magnitude can only come to fruition when there is an alignment of political perspectives,” said Holness who recognised Member of Parliament Phillip Paulwell and former Finance Minister Omar Davies at the event.

In acknowledging Davies, Holness described him as having played a significant role in the project.

The good-will, bipartisan gesture comes after a heated weekend in which Holness and Opposition Leader, Peter Phillips verbally sparred over the “most corrupt" administrations.

Holness also used the opportunity to highlight the importance of the Petro Caribe Development Fund which contributed $400 million to the building of the new training facility.

According to Holness, the new facility accurately represents and depicts the nation’s goals and commitment to developing the country’s human resources.

Holness further noted that the facility’s opening comes at an opportune time as he noted that Jamaica along with the rest of the world stands on the cusp of the fourth industrial revolution.

“We stand on the edge of a technological revolution that is profoundly changing the way in which we live, work and communicate,” said Holness.

“The transformation is unlike anything we have experienced [however] one thing is clear our response to it must be one that is integrated and comprehensive,” he added.

The new centre will deliver training in industrial automation and mechatronics and comes as the result of a collaboration between the CMU and German training institute, Festo Didactic.​