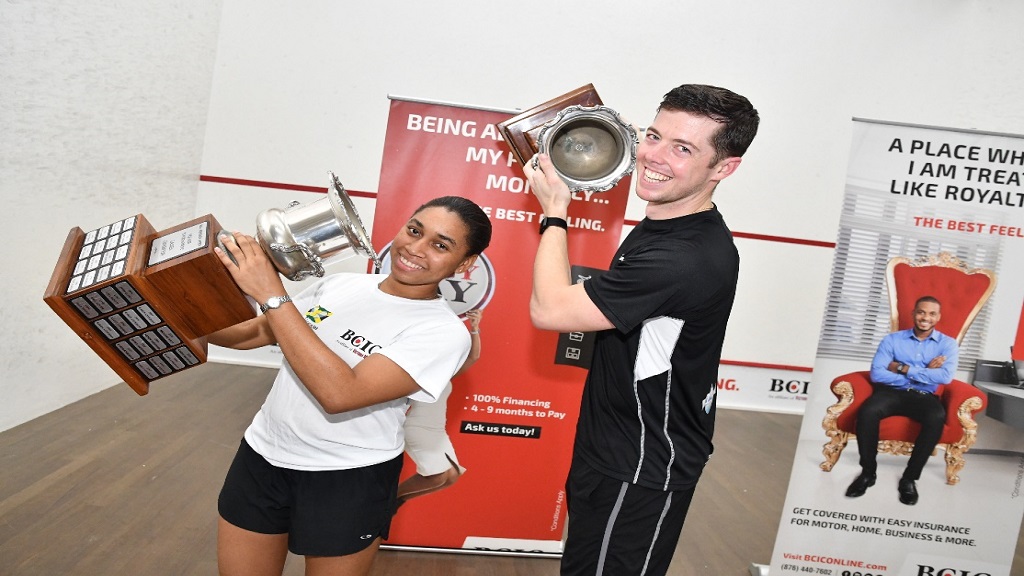 Jamaican and Caribbean number one, Chris Binnie, (right) and Akelia Wiltshire pose with their trophies after winning the main titles at the BCIC All Jamaica Senior Squash Championships at the Liguanea Club in Kingston.

Jamaican and Caribbean number one, Chris Binnie, racked up his 8th title, while former junior Caribbean champion, Akelia Wiltshire won her first senior crown as the BCIC All Jamaica Senior Squash Championships wrapped up over the weekend.

Akeila Wiltshire, who has won six junior titles in her native Guyana, got off the mark with her first major win at the senior level.  The University of the West Indies medical student beat her younger sister, Larissa Wiltshire 11-3, 11-6, 11-8 to begin a new chapter in her own success story.

Reflecting on his victory, Binnie said: “It’s always a thrill to play internationally, particularly when I represent Jamaica but playing on home soil and winning my national championships, it never gets better than this.”

Summing up her victory over her sibling, Wiltshire said, “Since I moved up to the senior level, I’ve placed second in three tournaments so for this competition I was going out there to win. I didn’t think about playing my sister, I was playing an opponent so I had a strategy and I executed it.” 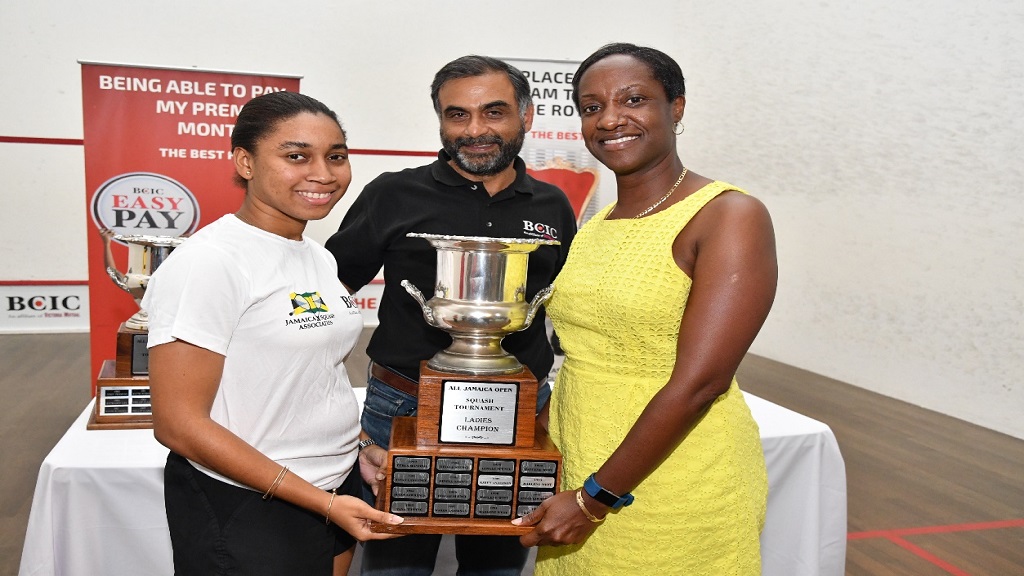 Marketing Manager for tournament sponsors BCIC, Simone Foote said, “we had some very exciting matches throughout the tournament because Jamaica’s best senior players were competing but it was particularly satisfying to see the younger players being a force in this competition and more than anything else, there were great camaraderie and good sportsmanship.”

Overall more than 60 players contested the various categories of the championships, which included Men’s A, B, C and Veterans as well as Ladies’ A and B.

Junior national team member, Mia Todd won the Tony Burrowes Award for the Most Improved Player and Robert Roper, who won the Men’s B draw, took the David Bicknell Award for Sportsmanship.

Top seeds sail into semifinals of All Jamaica Squash Championships