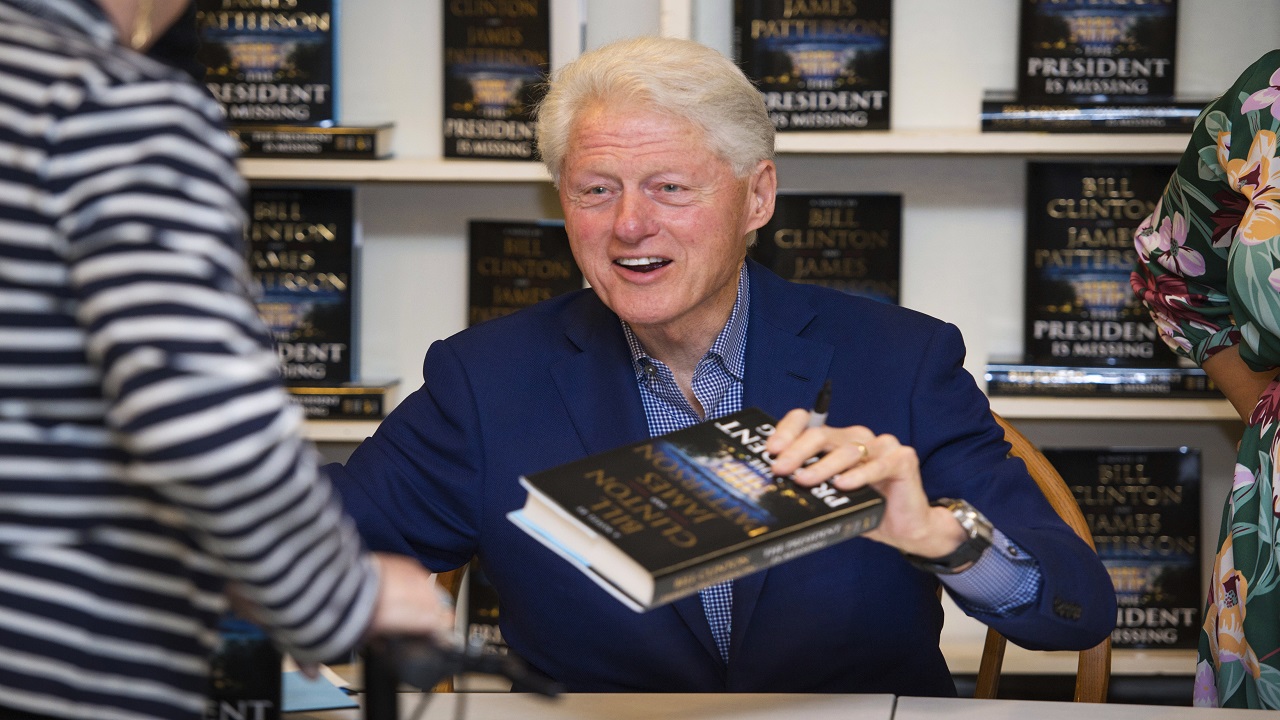 Bill Clinton is a now a million-selling novelist.

"The President is Missing," a thriller co-written with James Patterson, has more than 1 million combined hardcover, e-book and audio sales in North America alone since coming out June 4. The book is Clinton's first of work of fiction, but in Patterson he had one of the world's most prolific and successful novelists for a collaborator. Reviews were mixed, but Barnes & Noble fiction buyer Sessalee Hensley said in a statement released Wednesday by co-publishers Alfred A. Knopf and Little Brown and Co. that "The President is Missing" had benefited from "very strong" word of mouth.

"In a summer marked by nonfiction successes, this novel has proven to have remarkable legs," Hensley said.

The book's subject has also proved timely: a potentially devastating cyberattack, which intelligence experts have called a leading concern. Director of National Intelligence Dan Coats said in mid-July that "the warning lights are blinking red" about a possible attack and called Russia the "most aggressive foreign actor, no question."

The Clinton-Patterson novel has dominated fiction charts. According to NPD BookScan, which tracks around 85 percent of the hardcover and paperback market, "The President is Missing" is by far the year's biggest fiction seller and the only fiction work to crack the top 10 of the best-sellers overall for 2018. Nonfiction releases such as Michael Wolff's "Fire and Fury" and James Comey's "A Higher Loyalty" have been attracting the most sales.

Clinton, whose previous books include the memoir "My Life," is now the rare author to have million sellers in fiction and nonfiction.