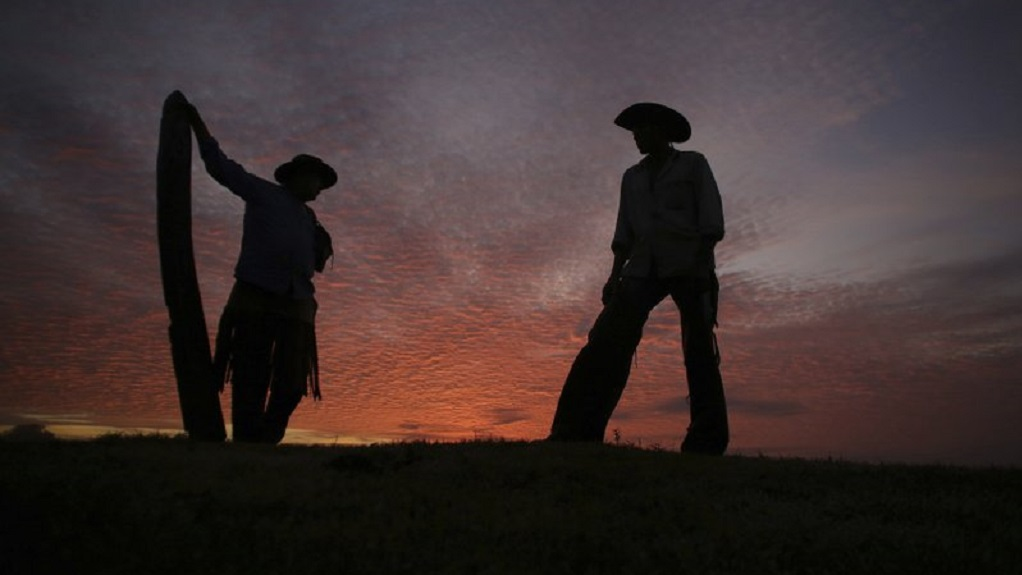 Fires in Brazil's Pantanal wetlands have ripped through the biodiverse region, consuming an area the size of London in just the past 10 days, burning some animals alive and sending others fleeing.

The inferno in the world's largest tropical wetlands is the latest environmental disaster facing Brazil, coming after a mysterious oil spill that is afflicting beaches in the northeast and August fires that raged in the Amazon region.

The Pantanal, which sprawls over parts of Brazil, Bolivia and Paraguay, is a popular ecotourism destination considered one of the best places to see wildlife in South America. During the wet season, rivers overflow their banks and make most of the region accessible only by boat and plane. In the dry season, wildlife enthusiasts flock to see jaguars lounging on riverbanks, as well as macaws, giant river otters and caiman.

But this year's dry season has extended much longer than usual.

"Any spark in this area these days of high temperatures and very low humidity will start fires like those we've seen in recent days," Júlio Cesar Sampaio, chief of WWF Brasil's Cerrado Pantanal program, said by phone. "Only rain will decrease the risk of fire."

Rescue efforts have so far found burned remains of caimans, iguanas and snakes. SOS Pantanal, a local group, reported that hyacinth macaws, a vulnerable species, lost much of their primary food source as coconut and palm trees went up in flames, and the blue-and-yellow birds have been seen flying about aimlessly.

Between January and November, the area had 516% more fires than the same period last year, according to data from Brazil's National Institute of Space Research.

While there have been more fires in the Amazon, they have been dispersed across an area roughly half the size of the United States. The blazes in the Pantanal, by contrast, are concentrated in Corumba, a municipality in Mato Grosso do Sul state. Corumba has had about twice as many fires as the worst-affected municipalities in the Amazon.

"There is no precedent for a fire of this scale," said Angelo Rabelo, president of the Instituto Homem Pantaneiro, an environmental group based in Corumba.

Fires in the Pantanal this time of year are abnormal because heavy rains usually start in October. Rabelo said waters in the rivers and wetlands drained much faster this year. The Paraguay River, one of the region's main fluvial veins, is at a 20-year low.

"Climate change is here," he said.

The Mato Grosso do Sul state government said in a press release that the fires are "of a proportion never-before registered" and that the causes were both the dry conditions and "criminal activity."

Firefighters say the cause is likely local people setting fires to clear land of vegetation, a practice also blamed for many of the Amazon fires. Such burning is particularly common among cattle ranchers, who use fire rather than costly equipment to prepare pastures.

Fires in the Pantanal this year have been overshadowed by the months-long period of blazes seen in the Amazon region. The governor of Mato Grosso do Sul declared a state of emergency on Sept. 11 after over 10,000 square kilometres (nearly 3,900 square miles) burned in the previous five weeks in the state's portion of the Amazon.

The Hyacinth Macaw Institute, an environmental group, released a report Wednesday saying the Pantanal destruction in September and October hit the area's biggest centre for hyacinth macaw reproduction and also came in the middle of mating season. Of 98 nests monitored, at least four baby birds died, their nostrils clogged with soot.

The fires have only worsened since, and still the rain hasn't fallen.

"I've been a firefighter for 23 years," said Waldemir Moreira, who runs the state fire department's environmental protection unit. "We've certainly had fires before, but it's much more serious now. We want the world to pay attention to our Pantanal, too."

Brazil bans most burning for 60 days to curb Amazon fires