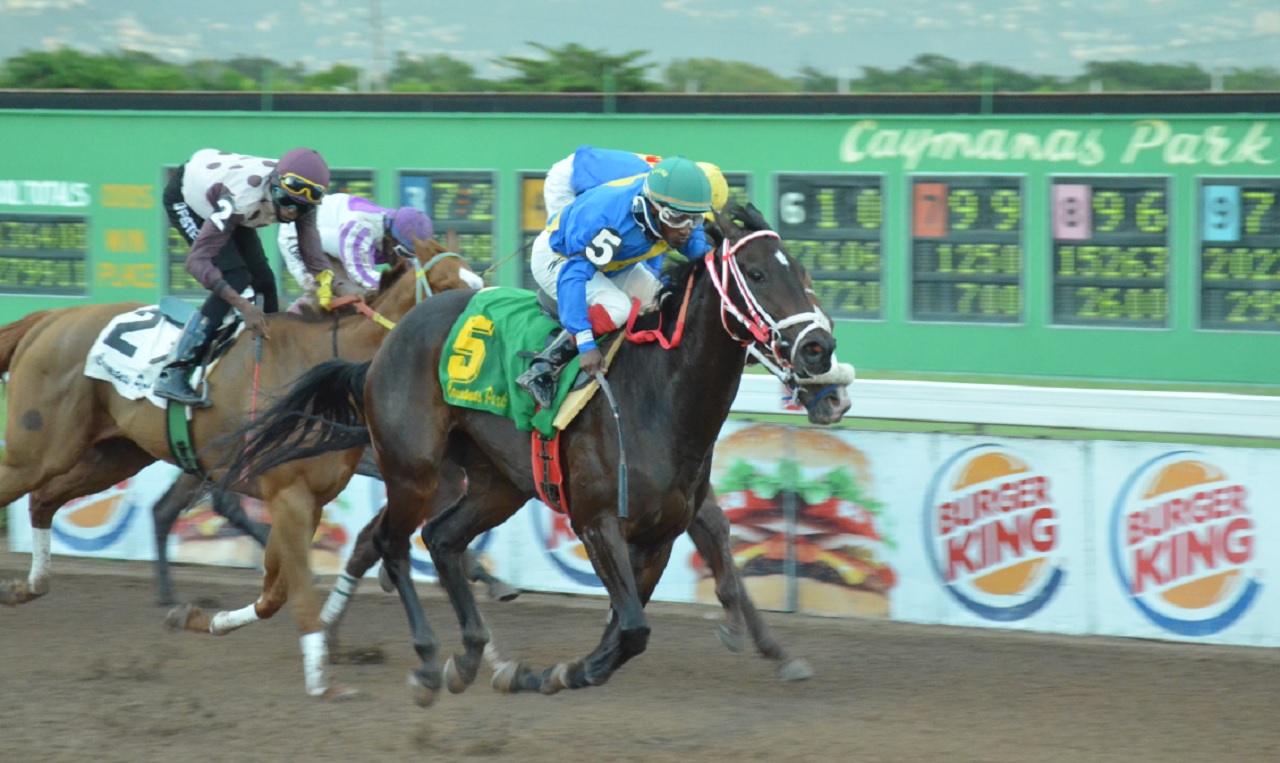 BIGDADDYKOOL easily won Monday's Nigel B Nunes Memorial at Caymanas Park, outclassing St Leger winner MARQUESAS to win by six and a half lengths at nine furlongs and 25 yards.

BIGDADDYKOOL raced fourth down the backstretch before going third three furlongs out, chasing LIGHTNING LILY and MARQUESAS into the straight.

However, BIGDADDYKOOL ran through early in the straight to go by MARQUESAS, winning easily in 1:53.0.

BIGDADDYKOOL completed two-timers for jockey Linton Steadman and trainer Anthony Nunes in whose late father's honour the feature was run.