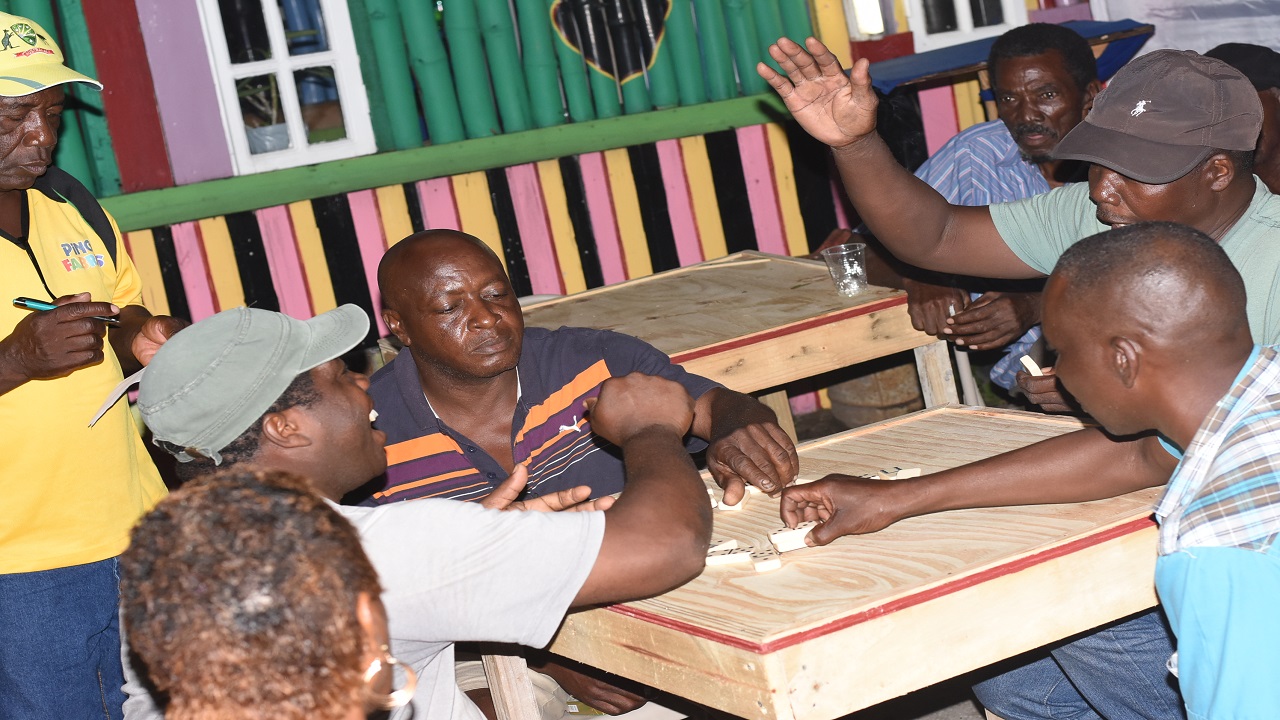 The community of Grants Pen off Shortwood Road in St Andrew came to life on National Heroes Day, with the inaugural staging of the Big League domino tournament.

Although affected by rain, community members came out to fellowship in the evening, with the tournament attracting a reduced field of four teams.

According to photojournalist Marlon Reid, who staged the event, this was a way of helping with the ongoing peace initiative in the area as the tournament would have brought out individuals from different areas of the community.

Reid said, “the tournament was to get everyone to come together so people from different communities in the area, could all have fun and laughter together, while continuing the peace.”

Once plagued by violence between warring factions, the area has been calm in recent years, with a number of local and international groups, working to maintain a stable environment.

Reid said, community members had shown great interest in the domino tournament, but with all-day rain, the event took a hit.

He said, “people were talking a lot and excited about the tournament. They had made plans for it, but the rain caused a few teams not to turn up for the competition.”

The pair of Derrick Gentles and Glenroy Miller won the tournament. They defeated Henry Robinson and Julian Moore in the final, to win cash prize and packages from Seprod and Rum Fire.

While the showers affected the tournament, a number of individuals came out and enjoyed the festivities, rocking to a diverse selection of music and chatting to one another as it progressed. See highlights in slider below.

'WHERE MUST WE GO?': Grants Pen vendors worry over eviction deadline