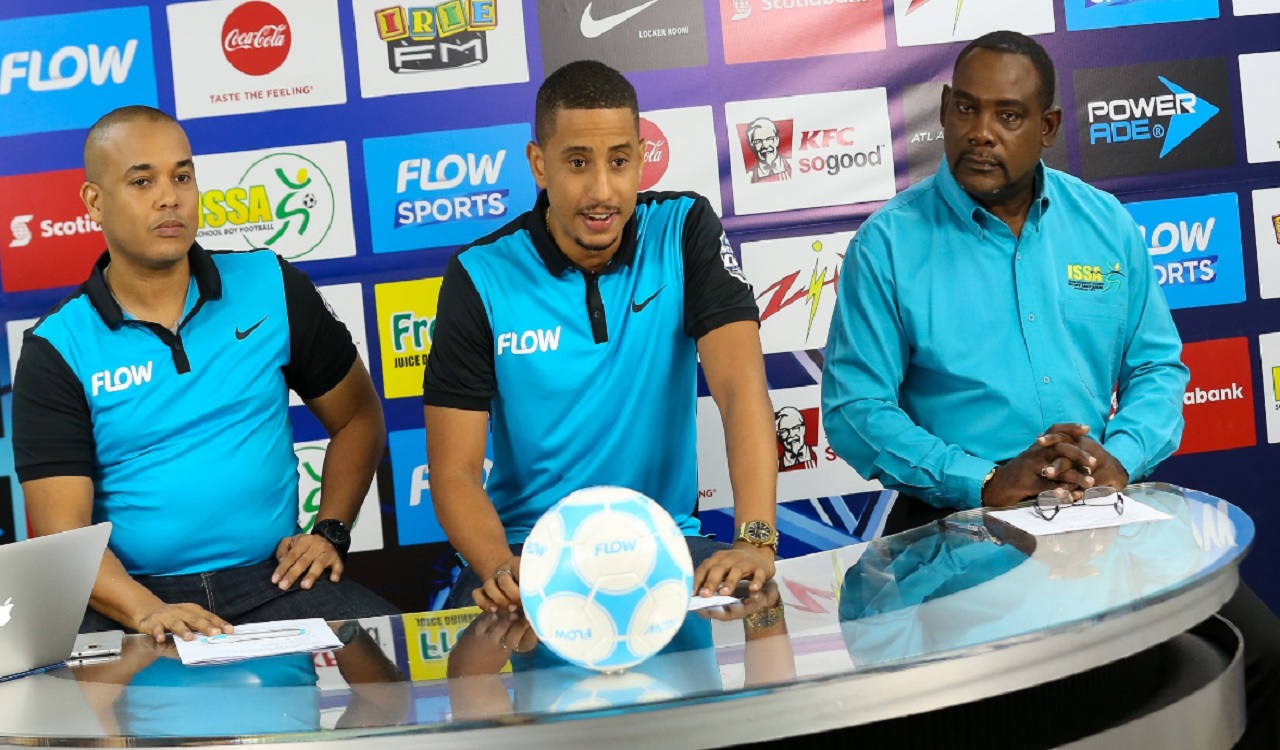 Sponsorship manager of FLOW Stephen Miller (centre) makes a presentation during an online press conference to launch the 2017 season of the FLOW Super Cup. Vice President of Marketing & TV FLOW Carlo Redwood is at left and President of the Inter-Secondary Schools Sports Association, Dr Walton Small is at right.

The 2017 ISSA/FLOW Super Cup has received a major boost this year as organisers of the competition have forged a partnership with leading English Premier League Club, Manchester United.

The partnership with Manchester United involved the selection of a Super Cup All Star team to participate in a full day training session with coaches assigned to the club.

The aim of the is to further develop the players in a profession training environment.

The partnership between the two bodies were unveiled during an online press conference hosted on Wednesday.

The Super Cup, which enters its fourth year,  is scheduled to kick off on November 10 with a double-header at Catherine Hall in Montego Bay.

The winner of the  Super Cup will take  $1 million dollars cash for school development.

Only two venues will be used to stage matches. In addition to the Catherine Hall Stadium in Montego Bay, Sabina Park in Kingston will also be used.

FLOW’s Carlo Redwood, Vice President of Marketing, speaking on behalf of the many stakeholders involved in the local school boy football programme, said that the huge popularity and ‘hype’ enjoyed by the “ Champions League”-style competition  must now translate to further and more sustainable development for the sport.