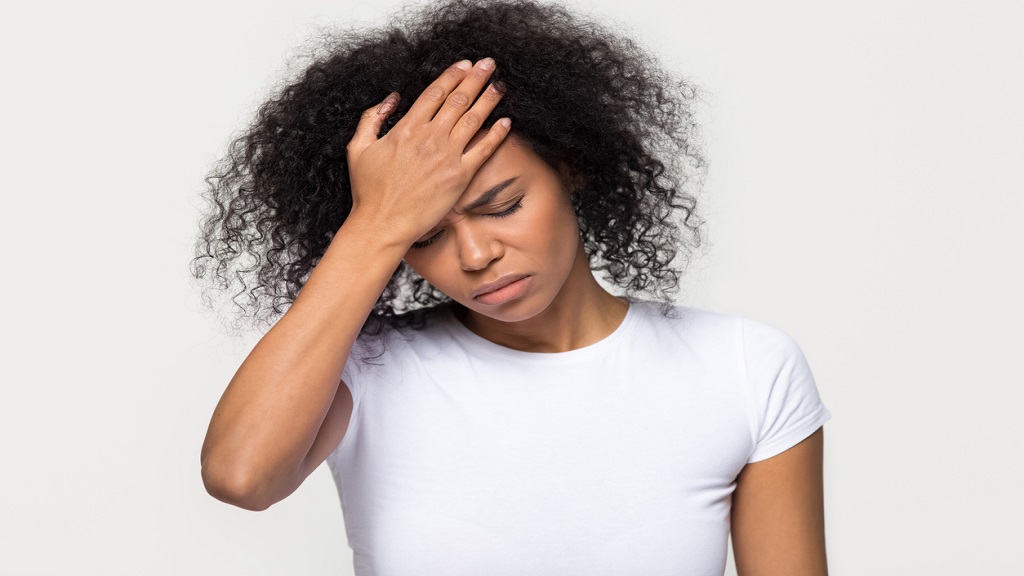 Stock photo of a woman touching her forehead while being affected by a headache. (PHOTO: iStock)

With record breaking temperatures and projections for a hot, dry spell this year, the Ministry of Health and Wellness is reminding the public that excessive heat stress is harmful to health and is potentially fatal.

“Heat stroke may be fatal,” said Dr Nicole Dawkins-Wright, Director of Emergency, Disaster Management and Special Services in the Ministry of Health and Wellness, in a statement issued on Tuesday.

“If any of these signs are noted, seek medical assistance immediately while finding ways to cool down the person, such as sponging with cold water, wrapping the person in a wet, cold sheet and fanning the person vigorously,” Dawkins-Wright said.

She noted that extreme heat stress may also trigger decompensation in some medical conditions, such as diabetes and hypertension.

“Some persons are also at greater risk of being affected by heat. Among the most vulnerable are the elderly, as well as infants and children younger than six years of age, persons who are overweight and those with pre-existing medical conditions,” Dawkins-Wright advised.

In order to prevent illness associated with the heat, members of the public are encouraged to:

- Hydrate with cool water, especially when it is hot and humid

- Drink more water than normal before, during and after vigorous activities (at least 15 minutes before, and take fluid breaks at least every 15 minutes)

-  Avoid the sun during the middle of the day, such as by limiting, as much as possible, outdoor activities to mornings and evenings; and seeking out shade when outdoor

- The public is also advised to avoid crowded locations and ensure that their homes are well ventilated.

The ministry pointed out that Jamaica and other countries in the Caribbean have a heat season that typically runs from May to October each year. This year, extremely high temperatures are being recorded.

On Tuesday, Loop News reported that sections of the country saw recording-breaking temperatures over the weekend.

The Met Office said other significant jumps occurred in Santa Cruz, St Elizabeth and Frome, Westmoreland which moved by 1.9 degrees Celsius and 1.5 degrees Celsius respectively. There were also significant upward movements recorded in the parishes of Trelawny, Hanover and St Ann.