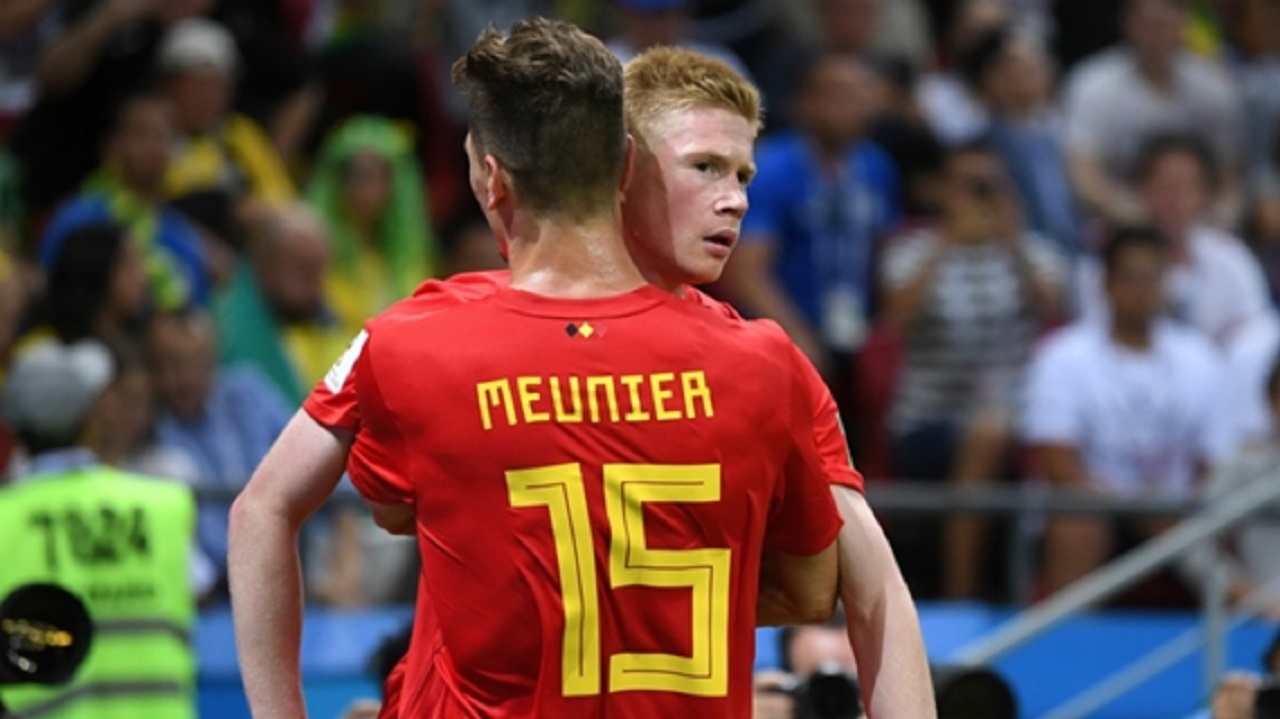 Thomas Meunier says beating England to the bronze medal on Saturday is now the minimum requirement for Belgium at the 2018 World Cup.

Roberto Martinez's side was beaten 1-0 by France in their semi-final in St Petersburg, with Samuel Umtiti's header the difference in a tight game.

It meant more disappointment for the so-called 'golden generation' on the biggest stage, after they lost in the 2014 quarter-finals to Argentina and in the same stage of Euro 2016 to Wales.

This will be Belgium's second third-place match at the World Cup, their first ending in a 4-2 defeat to France in 1986, and Meunier wants them to go one better this time by overcoming an England team they beat 1-0 in the group stage.

"We beat England in the group stage, so we can beat them now," the defender told a news conference.

"Winning isn't an obligation, but we want this. Third place is now the minimum. It's not a waste of time; it's a game we want to play."

England suffered semi-final heartbreak at the hands of Croatia, as goals from Ivan Perisic and Mario Mandzukic overturned Kieran Trippier's opener at Luzhniki Stadium on Wednesday.

The Three Lions lost their previous last-four match in 1990 on penalties to West Germany and were then beaten by hosts Italy 2-1 in the bronze medal match.

Defender Gary Cahill admits it is a peculiar game to have to play, coming off the back of the disappointment in Moscow, but he hopes a win will help to encourage more positivity around Gareth Southgate's side.

"It is a very strange game because it's a fixture for two teams coming off the back of a disappointment, but the game is there and we need to play it," said the Chelsea man.

"We just fell short at the second-to-last hurdle but, as a team, we should be very proud of ourselves and, for me, looking at that young squad, we should just feel positive about the future."

The biggest obstacle to Harry Kane's Golden Boot quest, Lukaku is seeking to end a run of three games without a goal for Belgium. He knows England's defenders well from the Premier League and will offer a signficant test of pace and strength for a backline who played 120 minutes in their semi-final and have had one day less to rest.

He had a tough time against Croatia and has not had a shot on target for more than four and a half hours, but Kane still leads the race for the Golden Boot. Getting on the scoresheet here would probably see him over the line, while a hat-trick would take him to nine goals, the most scored at a World Cup since 1970.