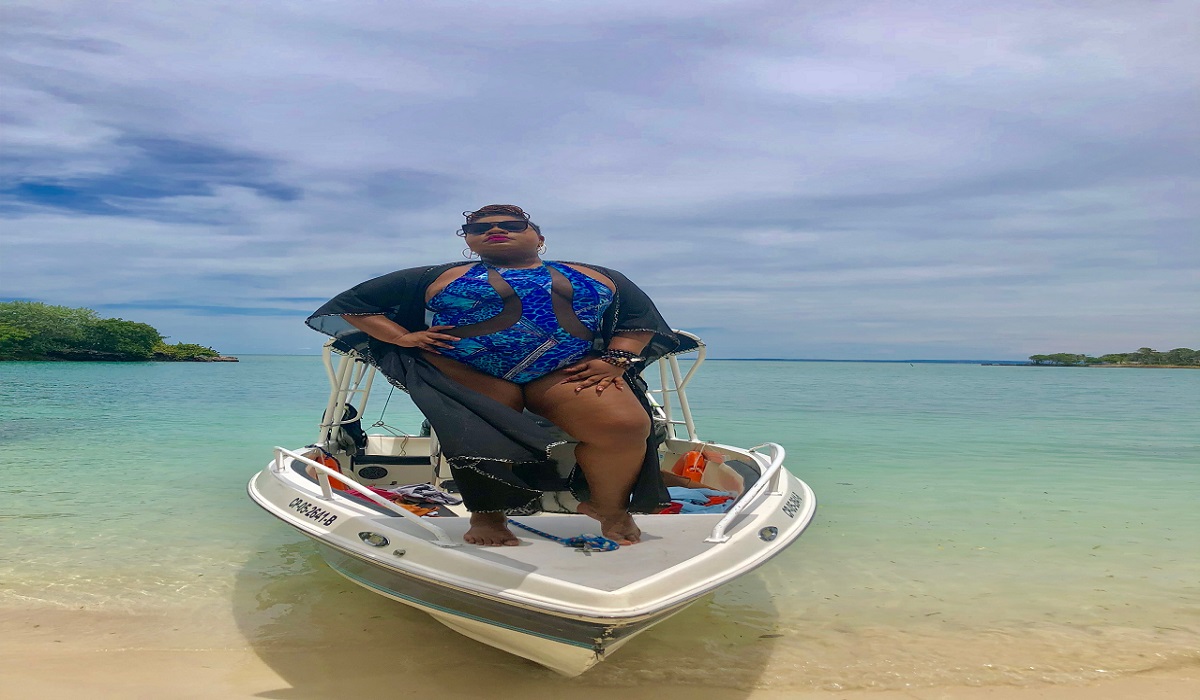 Dania Beckford posing up a storm on Rosario Island in Cartagena, Colombia

While in Colombia, that sentence was said twice in reference to me. I realize wherever I went with my friends during our trip, we got a lot of attention from the locals.

I was satisfied with the thought that we are of African descent and looked like goddesses. But I know a few Spanish words so when I heard “gorda” and “bonita”, I knew it had something to do with “fat” and “pretty.”

Have you googled the English translation yet?

The first person who said it was our very friendly taxi driver (and his tone indicated that it was a compliment). The second time it was by our Tour Guide at the Fortress at Boca Chica in Cartagena. But he said it to the other local men who were walking with us on the tour as if it was an anomaly. 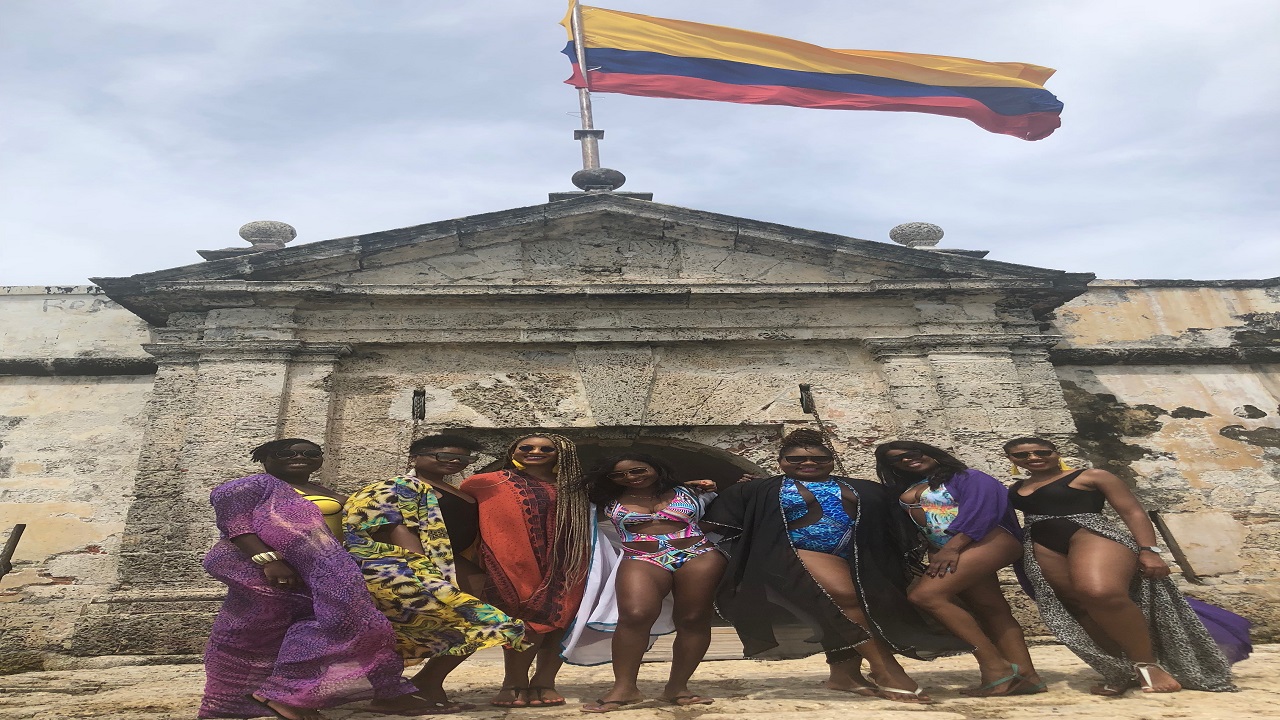 I asked my Spanish speaking friends on the trip, Debi-Ann and Megan, what were they saying about me and they replied “she is fat but PRETTY!”

At the time I gave a slight smirk, but on consideration I thought about the many times in Jamaica when persons would say in a surprised tone, “ yu pretty fi a fat girl eeh!”

My response is always “suh mi cyaa just pretty?” Is there a different category that fat and pretty is lumped in?” And by the tone of voice of those who ask these questions or make these exclamations; it seems this “big and pretty” category is a lesser one.

I have also gotten accustomed to Jamaicans asking inappropriate questions like “wey yu a big a guh”, to which my response is usually: “I didn’t quite map out the dimensions I intend my fat to get to, but I will definitely get back to you.”

But I wondered if being fat and pretty was an anomaly in most parts of the world.

I also do not think I am prettier than any of my friends who were with me on the trip, but I felt like  the “surprising” part to the local onlookers - as these seven beautiful black women walked the streets of Bogota and Cartagena - is that the fattest one was just as confident as the smallest, the medium sized and every size in between.

I also found it very interesting that some locals in Colombia would still be in awe of seeing a beautiful full-figured female when they live in the country that produced the famous artist, Fernando Botelo, known for his sculptures and paintings of large bodies.

While on Bourbon Street in Cartagena, I posed beside one of his famous sculptures of a naked full figured woman laying down confident and sexy and it was such a joy for the locals to point at me and say “Mira! Es Ella!!” (Look! It is her!) So I bought a souvenir of the actual sculpture to remind me of Botelo’s bold work. 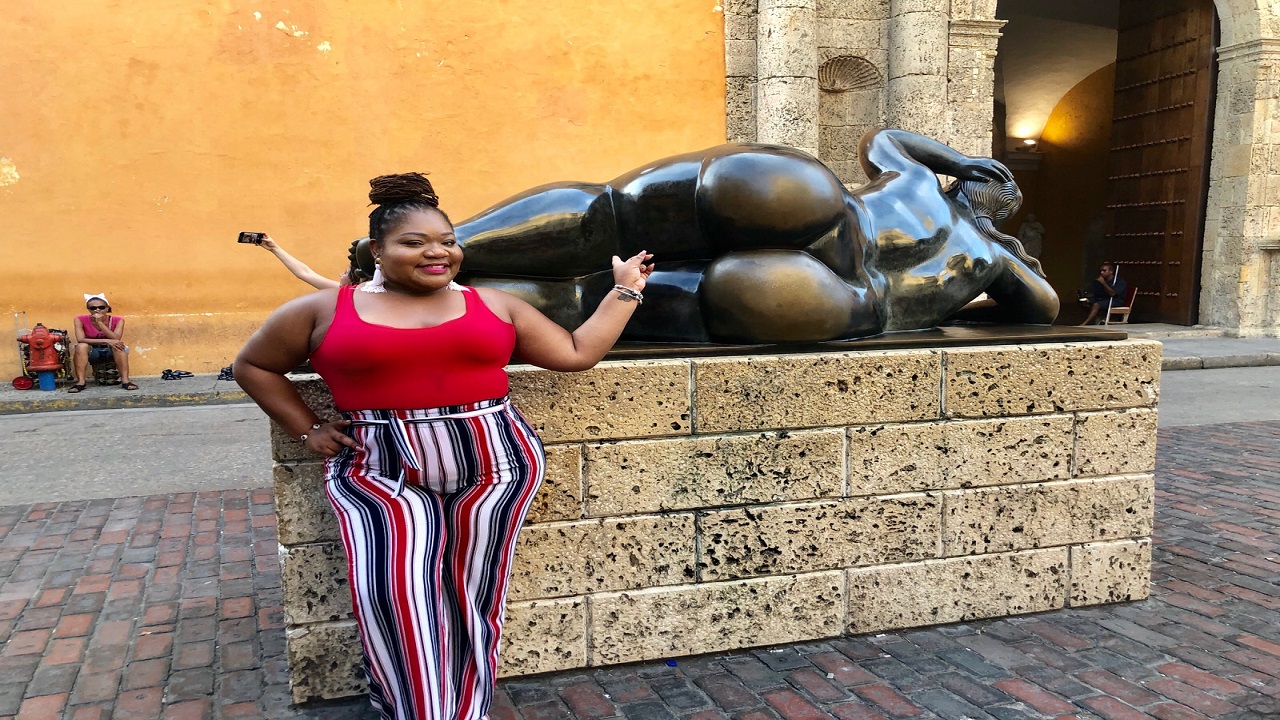 To all those “pretty fat” women out there who still get annoyed when persons are surprised that both characteristics can coexist; my advice: stop being upset!

We are well aware that this is not a phenomenon, let them be surprised! The next time someone looks in awe of your beauty & plus size body, before they say it, you can confidently say: “Yes I know I am Broadtail Beautiful!”

Oh and by the way, Colombia was great! I recommend a trip there! It is so much more than the Netflix series “Narcos!”