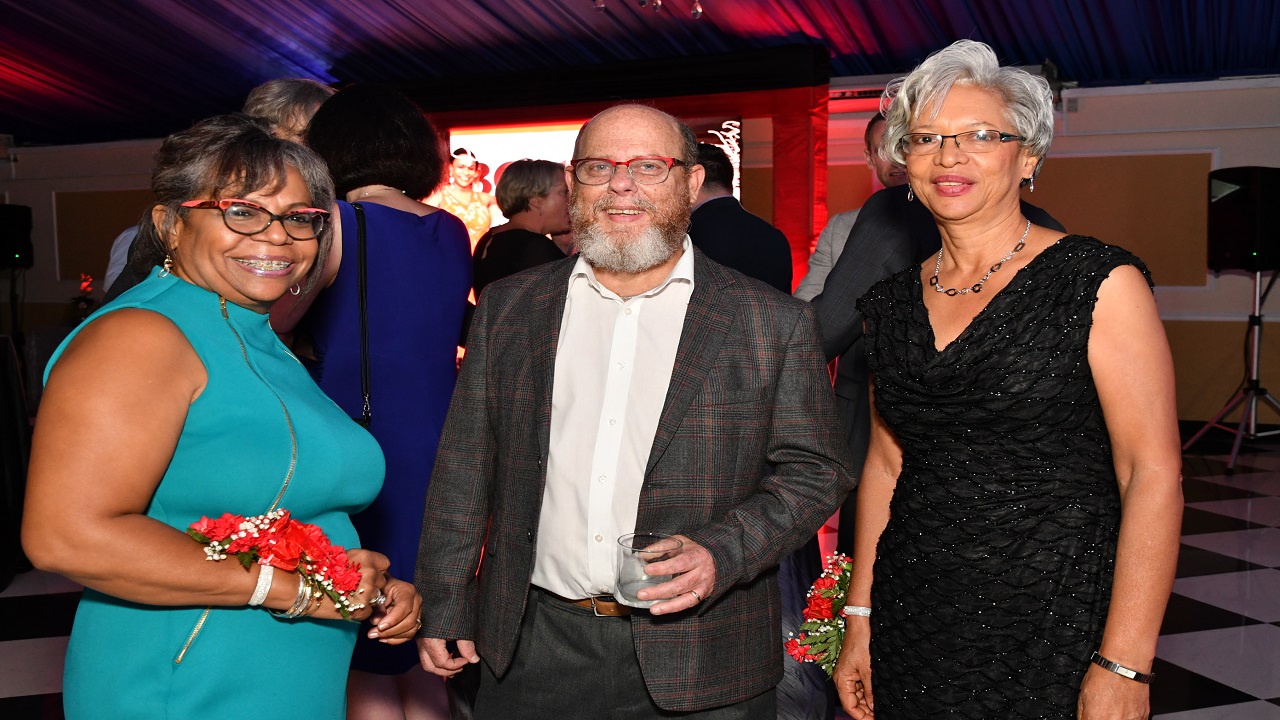 Managing Director of BCIC Peter Levy (centre), Dorothy Russell-Clarke (left) and Claudia Roye (right) are all smiles after a wonderful evening of tributes, music and dancing at the BCIC Gemini event held for their retirement.

British Caribbean Insurance Company Limited (BCIC) celebrated the meritorious service of, Dorothy Russell- Clarke and Claudia Roye who have served the company for 36 and 35 years respectively.

The ladies were honoured at a Retirement Party dubbed ‘The Gemini Reception’, because both ladies were born in June. The cocktail reception was held at the Terra Nova Hotel where the BCIC team members, business partners, family members and friends celebrated the outgoing Managers for their significant contribution to the continued growth, development and success of the company.

When Dorothy joined the Company in November 1981, little did she know that 36 years later she would still be at 36 Duke Street.

Dorothy started out as a Typist Clerk in the Fire Department; then moved into the Reinsurance Department where she stayed until 1985. Her hard work throughout these years paid off well and in 1985 she was transferred from insurance into the management of premium financing when the Company introduced British Caribbean Investments Limited.

As if insurance was her calling, in 1988 Dorothy moved back into mainstream insurance underwriting assuming the management of the Property & Miscellaneous Accident Department. In 2010 she was appointed to the position of General Manager- Insurance Solutions Division, assuming responsibility for Underwriting, Claims & Business Development & Sales.

Her most recent accomplishment was that of Project Manager for the establishment of the BCIC Barbados branch, marking a significant milestone for the Company in its first venture towards regional expansion.

Dorothy is a walking encyclopaedia of people and events at BCIC which makes for great stories. It may be that she plans to write her memoir, filled with tales of her 36 years spent at 36 Duke Street.

Her work in insurance was not confined to BCIC. She held the position of Chairperson of the Insurance Association of Jamaica (IAJ) Claims & Underwriting Sub Committee, since 2008. She has also served on the Board of the College of Insurance and Professional Studies (CIPS) as BCIC’s representative for over 20 years. She served as Secretary to the Board, Deputy Chair and was the Chairperson of CIPS up to her retirement, a position she has held since 2014.

Claudia Roye joined BCIC in the Summer of 1983, having completed her B.A., majoring in Library Studies and worked for a short time at the Institute of Jamaica. At the time, of her joining BCIC, she may never have given thought to the idea that she would retire after exactly 35 years of service, notwithstanding the fact that in the ‘80s people generally thought that once they were working with a good company, it was a job for life. 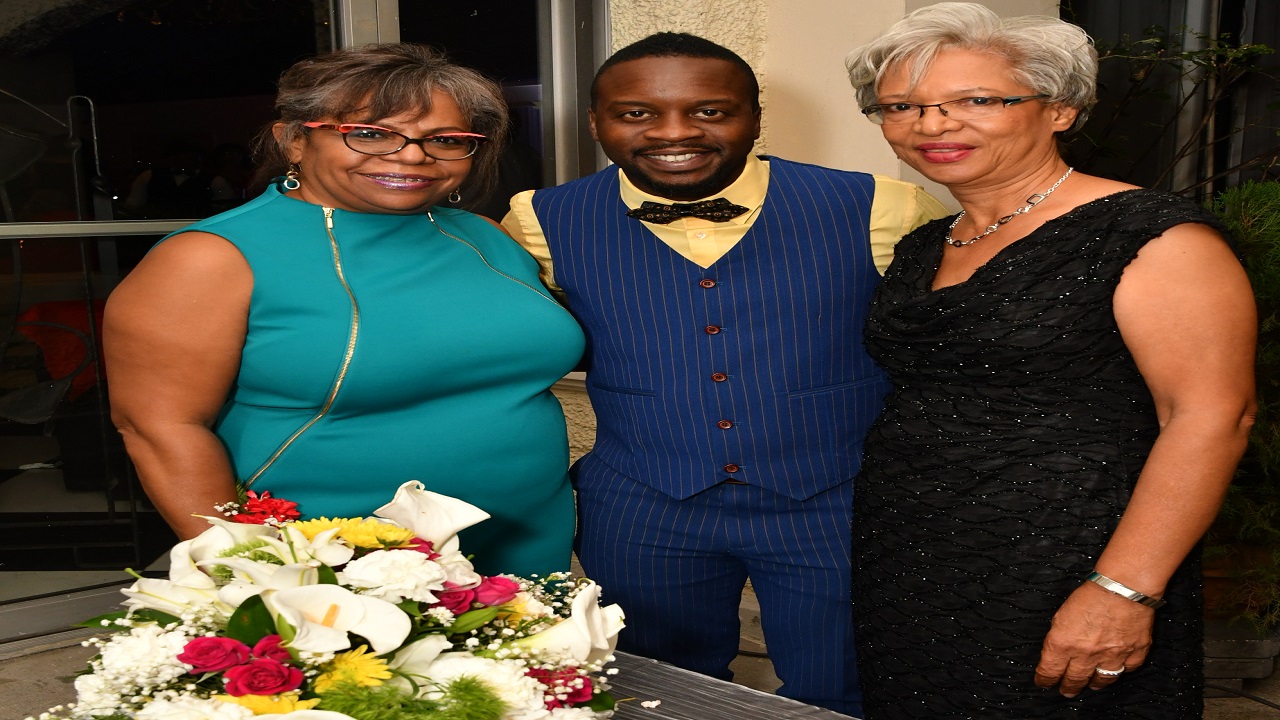 Roye is a proud Hampton School graduate and she credits the school for having taught her how to behave like a lady, a trait which has served her well when she has to deal with aggressive people when doing her job.  To any member of staff, Claudia personifies the perfect lady – courteous, well mannered, soft spoken and neatly groomed.

She, like most persons in the Insurance arm of the company at that time, started out as a Clerk Typist in our underwriting department.

An extremely diligent individual, she started studying for the Chartered Insurance Institute of London exams in the fall of 1985 and completed the programme in exactly three years, which was a remarkable feat, gaining the accreditation, ACII in 1988.

Roye went on to become a Fellow of the Chartered Insurance Institute (FCII) in 1990 and holds the distinction of being the first female in Jamaica to have acquired the designation, FCII.

She also completed a Certificate Course in Paralegal Training in 2000.

During her 35 year tenure at BCIC, Claudia has displayed a very strong work ethic - and it is this trait that has resulted in her joining the management ranks of BCIC in the mid ‘90s.  She has served as Motor Underwriting and Claims Manager and Claims Manager.

Not only has Claudia contributed to BCIC, she has also contributed to the General Insurance industry by serving as a Motor Claim Arbitrator for the Insurance Association of Jamaica’s (IAJ) Arbitration panel.