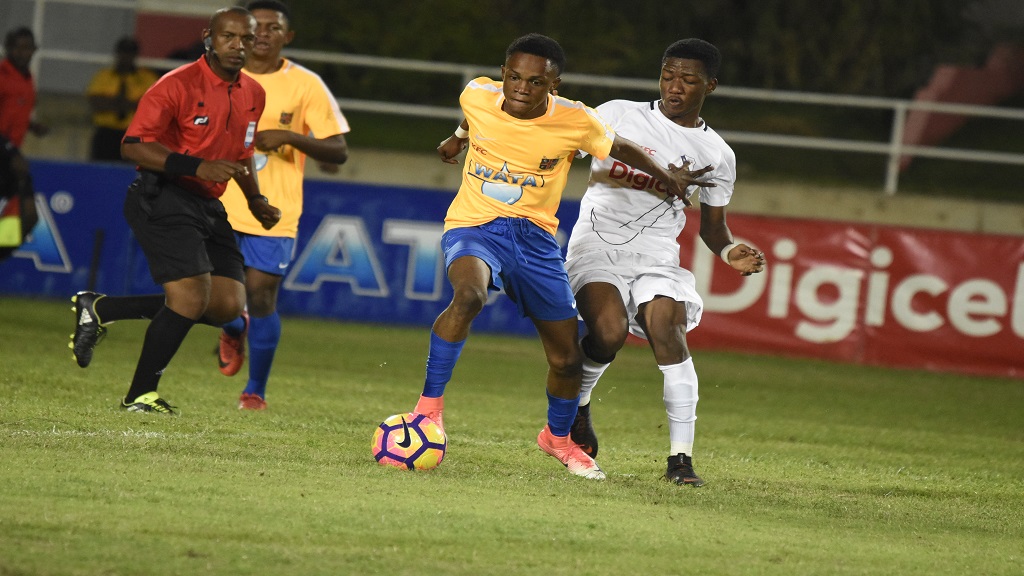 BB Coke High School defeated Manchester High 2-1 at the Juici Field in Clarendon on Thursday to qualify for the final of the rural area ISSA Ben Francis Cup Knockout competition.

The St Elizabeth-based school had to come from behind for victory in the first semi-final.  Captain Dane Golding handed Manchester High a 28th-minute lead, but BB Coke High School responded with two goals inside 26 minutes to qualify for their first senior football final.

Kaymani Case found the equaliser for BB Coke High School courtesy of a thunderous free-kick in the 50th minute and Shamar Robinson scored the winner from the penalty spot in the 76th minute after Manchester's goalkeeper Kevin Dixon brought down captain Jason Dyer.

The victory represents the second straight for BB Coke over Manchester High from three meetings this season.

BB Coke came from two goals down on their home turf to win 4-2 in a first-round return leg fixture of the ISSA/Wata daCosta Cup competition on October 5, a month after Manchester, playing at home, had won 5-0 in the first leg.

The second semi-final between seven-time champions St Elizabeth Technical High School (STETHS) and Garvey Maceo High was called off in the 41st minute due to lightning. Garvey Maceo High were leading 1-0 when the game was aborted and the fixture is expected to be completed on Friday.

The Ben Francis Cup Knockout competition has lost its importance since last season because of a change in format.

The eight teams that finished third and fourth in their respective daCosta Cup quarter-final groups earned the right to contest the competition, which comprises quarter-finals, semi-finals and the final.

The final of the Ben Francis Cup is set for Thursday, November 21.

Meanwhile, the corporate area ISSA Walker Cup knockout competition, which also lost its importance since last year because of a change in format, resumes on Friday with quarter-final actions.

The Walker Cup is played over four rounds.

The Walker Cup first round, which was completed last week, involved all teams that were knocked out in the Round of 16 home-and-away second round tie of the ISSA/Digicel Manning Cup. Those teams were involved in a playoff.  The playoff winners will now match up in Friday's quarter-final round with the third and fourth place teams in each of the two Manning Cup quarterfinal groups for four matchups.

The winners of each of the quarter-final games will qualify for the semi-finals on Tuesday, November 19. The two semi-final winners will contest the final on Saturday, November 30.