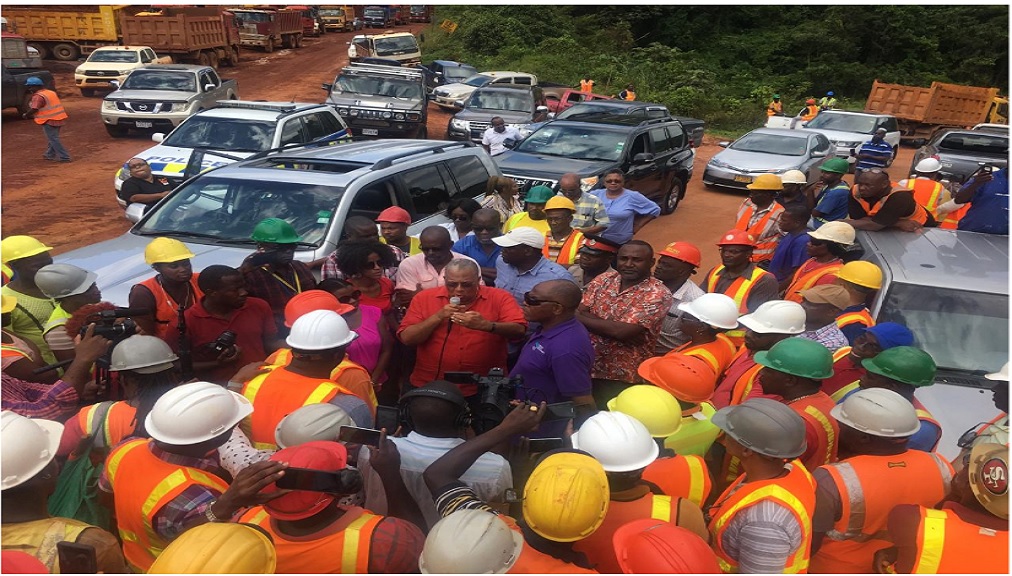 Noranda Bauxite workers on Friday pressed the Opposition Leader Peter Phillips to clarify the People's National Party's (PNP) position on the on-going Cockpit Country anti-bauxite mining campaign which they have said is misrepresenting the true facts and could have negative effects on their jobs and the industry.

The employees met Dr Phillips while he was on a tour of Noranda’s bauxite mining area in St Ann on his way to a Cockpit Country Warriors public vigil scheduled for Stewart Town Friday night.

The Opposition Leader’s tour was interrupted by scores of employees who posed questions on the party’s position re-mining in the Special Mining Lease 173.

The employees said that the SML 173 area has been officially confirmed by Government mining regulatory agencies as being outside of the Cockpit Country Protected Area.

The employees expressed their concerns at the support being given to the allegations that Noranda’s activities will be disruptive to the Cockpit Country and the environment.

They reiterated that Noranda is not and has no plans to mine in the protected areas, that Noranda shares the national respect and concern for the heritage of that area, and reminded that bauxite mining provides a livelihood for not only hundreds of Jamaicans at Noranda but also several thousand community residents in areas where the company operates.

The employees also expressed their disappointment that the company and the company’s management had not been advised of or asked to take part in the tour through their operational areas in St Ann.

Dr Phillips told the employees that the Opposition is not against bauxite mining but wished at all times for sustainable and responsible mining that takes into consideration the benefits and the welfare of all stakeholders.