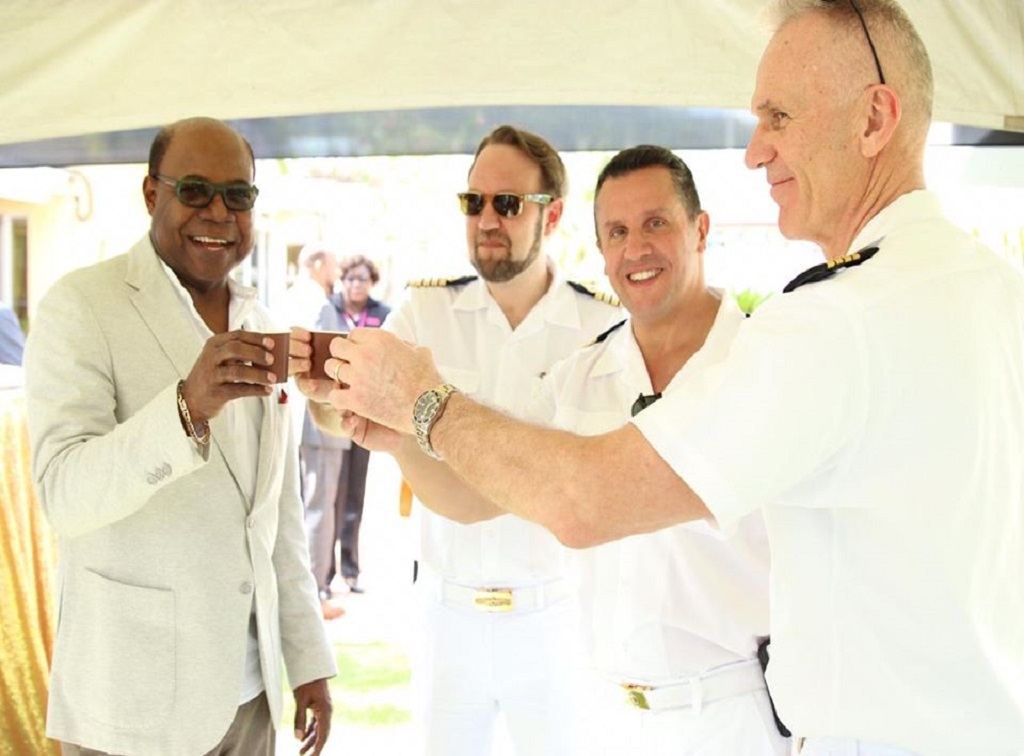 Jamaica Blue Mountain coffee is to be featured in all international events that the Ministry of Tourism and Jamaica Tourist Board will participate in this year.

Tourism Minister Edmund Bartlett made the announcement on January 9, on the inaugural launch of Jamaica Blue Mountain Coffee Day.

The ministry kicked off the initiative by presenting a cup of Jamaica Blue Mountain Coffee to 4,000 cruisers and 1,700 crew members who disembarked the Norwegian Bliss in Ocho Rios last week.

The tourism ministry and Jamaica Tourist Board will in the meantime begin establishing coffee tasting arrangements on the international market at ITB Berlin, the world’s largest trade show.

“Now we are going to Berlin in March, for ITB, and we are going to establish there, the start of our coffee tasting arrangements, which will now be a feature of all our tourism exhibitions at tradeshows across the world,” said Bartlett.

As the ministry seeks to target new markets to visit the island, Minister Bartlett further added that the Jamaica Blue Mountain Coffee Festival would be a key part of their promotion for March arrivals.

“This festival is not just an event, it is a product. After two years, we have been able to learn a lot, hone our skills in putting this arrangement together and to package it. Now we are at a position where we can create this product, which can be inserted in the market and be tied into marketing packages that we will be selling to our visitors,” he said.

The tourism minister said that initiatives like the coffee festival build sustainability in the tourism sector by integrating events, businesses and communities in a way that creates jobs, builds local economies and spreads tourism’s benefits beyond the traditional resort areas.

“In celebrating coffee, we are also seeing it as a huge driver of economic wellbeing. Not only is it a commodity for export and for trading in general, not only is it a means of income for a large number of small and large farmers, but it is also a catalyst that enables a number of other economic activities to happen and a wider range of employment for a number of other people,” he said.

Last year’s Marketplace Day was a sold-out event with over 1200 patrons.  It included some 50 Small and Medium Tourism Enterprises (SMTEs) – such as purveyors of coffee-infused spa products like soaps, body scrubs and butters as well as producers of delicious coffee-infused foods from chicken to sweet treats.

This year’s event will take place from March 20  to 22, in Newcastle, St Andrew.